billg315 wrote:I was going to wait until Frank posted his snow map before posting this for three reasons:
1.) It’s his Forum, so I defer to him on almost everything;
2.) His map will be of higher quality (I’m sure JMan will reference his daughter’s water colors again lol)
3.) Frank’s map will come with more detailed analysis.
But since Frank’s map is a bit delayed I’ll throw mine out there to chew on as an appetizer before his main course arrives.

P.s I still remember stealing this base map from rb in 2018. Thanks rb! Much better than the one I used back in December.

So here goes:
Green: Mostly Rain. Snow at start and end but so much more rain as to render any accumulation marginal. But watch winds and coastal flooding.
Yellow: 5-10”. Snow will have some sleet and rain mix in at times in the middle of the storm, especially close to the shore, which will keep totals down a tad. If you get less mixing you’ll be closer to 10”; more and you’ll be near 5”.
Blue/Purple: 10-15”. Heavy snow throughout. Maybe a lull during transfer to coastal early Monday, but will pick up again as coastal takes over.
Red (in middle of Blue): 15-20” in jackpot zone. CCB band crushes it.
Orange: 5-10” of snow. Good steady snow but just a tad away from the heaviest bands.
Pink: 3-5” of snow. I just think this is going to be where the cutoff is for the really heavy snow from the coastal. This area may benefit more from the WWA out front which could boost this total a bit. 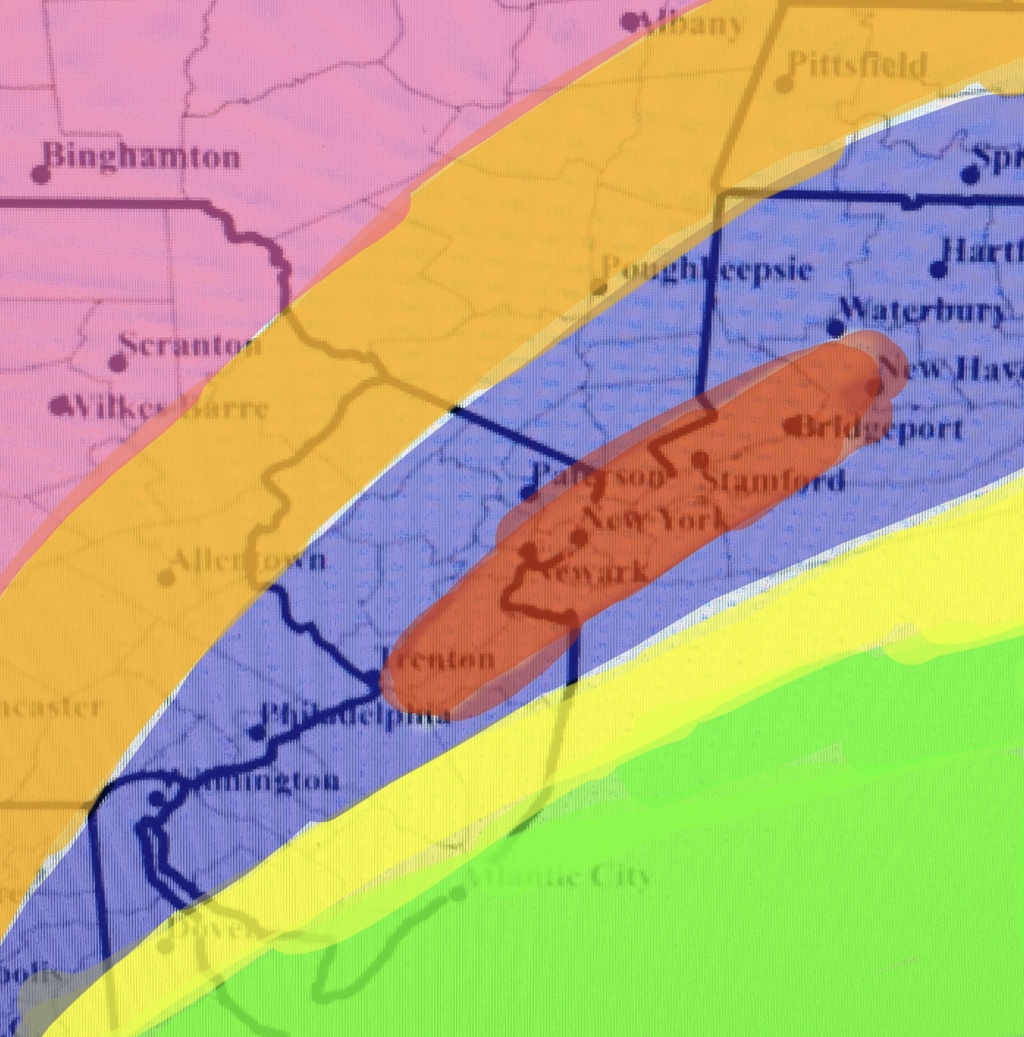 This is so beautiful, I cannot ask for anything more, and not go crack any jokes : )