So here's the scoop. Like the oldtimers always say "tell me when a storm is coming and I'll listen, but I'll believe it when I look out the window and actually saw it happened."

I want to take a break from looking at this sight or the weather but just can't. I have a problem and so do a lot of you.

Basically a BDB that screwed more of us than just me, now some of u how I felt with that.

@Frank_Wx wrote:Typically after Godzilla snowstorms I like to do a "storm in review" post seeing the verification of the forecast (uhmmm) and just showing you how the storm evolved.

Obviously at this point we all know this was a bust for NYC and NJ. Even parts of LI did not get their expected snowfall totals. 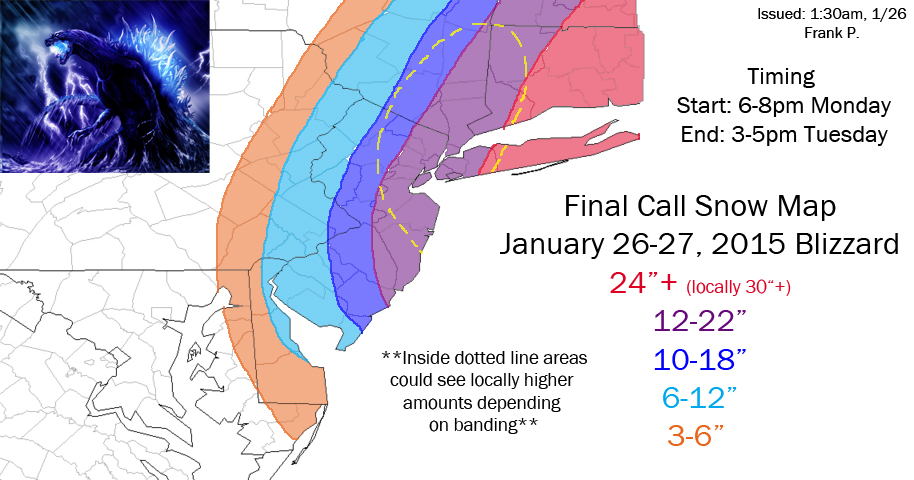 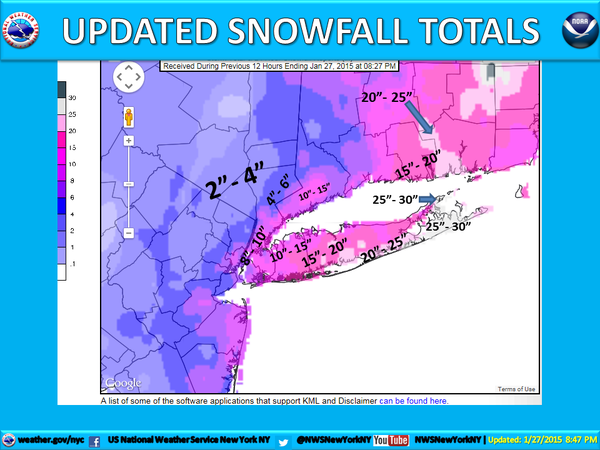 The biggest bust areas were all of NJ (besides shore points), the Hudson Valley, and eastern PA. The "2nd" tier bust zones (close, but no cigar) include NYC and western/central LI. The only areas that verified were eastern LI into Southern New England. As I explained into the "announcement" thread, the storm took an east shift in track that costed NYC on west a Godzilla snowstorm (a Roidzilla for central LI). Some posters from this forum are from eastern LI and they got their Roidzilla (24+ snow). Awesome for you guys! Overall grade, F. 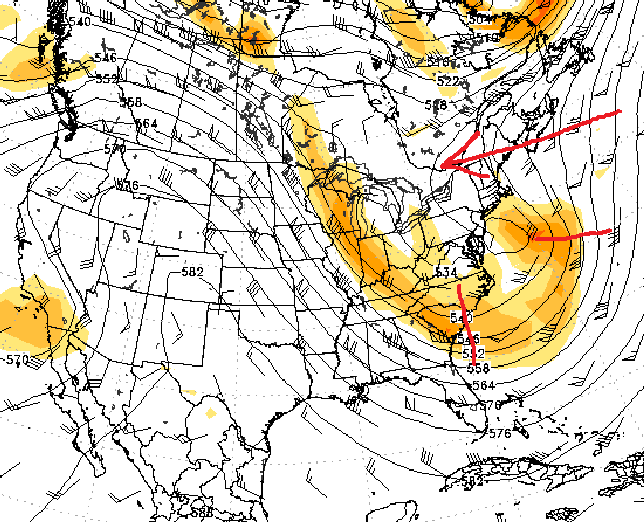 This is the upper air map from the 00z EURO last night. What we actually witnessed was an inverted trough. I did not realize this until someone had pointed it out to me. But an inverted trough compared to a a typical deepening low within an ordinary trough is a big difference. Notice the height rises on the north side of the closed H5 low. The contour lines are pointing outward - almost looks like a ridge! Meanwhile, the base of the trough looks very disoriented. It is pointing outwards in 2 directions (marked with red line) and the energy is not consolidated, meaning the phase was partial not full. An inverted trough brings localized heavy snow to a particular area. It is not usually widespread because of how the energy is positioned within the trough. There is also a lot of dry, or sinking air, associated with inverted trough's that prevent precipitation from moving beyonf  certain point west. That point for us happened to be NYC. The GFS model did not show a full phase while the EURO model did, but the GFS model still performed pretty poorly.

At the 00z GFS run last night (the storm was already happening at this point), look at what this model predicted in snow for the area. Just 2-4 inches for NYC? 3-6 inches for western/central LI? WRONG!!!!! At least the EURO got the snow amounts right but it busted badly with handling of the surface low. In my mind, both models performed badly but the EURO did worse. To continuously show a deepening surface low just inside the BM bringing blizzard conditions to the area for 3 consecutive days and not verify is just...awful.

So which model got it best? Well, I do not think there was one very good model. They all did bad. The complexity of the set-up and all the dynamics involved made this a very tough system for models to grasp. But if I had to choose, it would have to be the Canadian.

The Canadian was still a little bullish in snow totals for western areas, but it was pretty damn close compared to other models. I liked where it placed the surface low and how it handled the outer bands. It seemed to pick up on the inverted trough / subsidence the best. 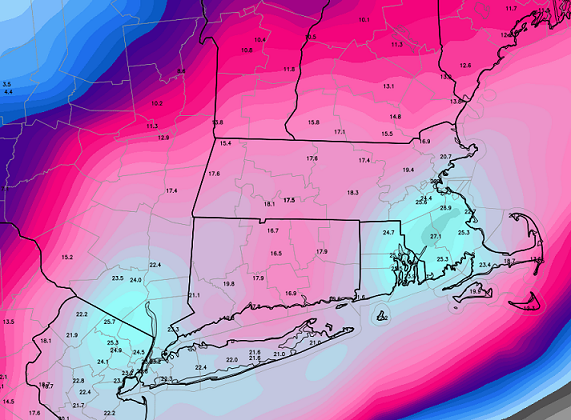 Oh Lord. Mr. EURO...you and I no longer see eye-to-eye. In fact, this was yet another learning lesson for me. So in the end, thank you.


The GFS busted low in and around NYC and LI but it had its usual dry bias because of low resolution, it had a far better idea of where the heavy snow would be ex. much further east, was pretty close overall and did 10x better than horrible EURO which trended to it at very last second and NAM which was all over the place doing typical NAM stuff. HRRR and RAP seemed to verify perfectly in NJ out here with constant 4-6" forecast and I believe NYC has 6-12"and also showed the heavy banding where it ended up and shouldnt have been discounted after nailing last storm like they were. GFS deserves props but was dry like always but  we know its bias and had a much better idea of east SLP.position. Agree CMC did pretty well and should have also been red flag when it wad not with EURO.

Wow, look at the cut offs. This is the verification map from NWS. CRAZY! Difference in shift of 50 miles west would have buried NYC

Excellent. Am I mistaken, but did it change to rain for a while then back to snow? Camera seemed dripping wet there.

@Frank_Wx wrote:Wow, look at the cut offs. This is the verification map from NWS. CRAZY! Difference in shift of 50 miles west would have buried NYC

Some people don't understand now tough a forecast this actually was.

Not in CPK, but a good portion of NYC residents touched Godzilla status by the slimmest of margins.
Enough to truck snow off the street into empty lots which they only do for the significant storms.
Many considered this a disappointing winter but now we're at or above normal for the season to date.

NWS has an experimental snowfall probability maps which are colored coded by probability as opposed to snow total predictions.
You can leave feedback if anyone wants to.

One thing I wanted to say my father lives in little egg harbor in southern ocean county approx. 40 mils south of me and he got 2.5 inches of snow while I got 11 inches as was the measurement from Ace. So what a sharp cutoff here