Sorry for the late release. Here is the blog I promised. Give it a read!

Hey Frank great write up but I noticed you were comparing two diff time frames when comparing the GEFS to the EPS.  Both show the same partially phased trough by mid week next week and the pos to neutral EPO.  The PNA spikes positive as a result of the ULL off the SW coast despit the fact the EPO is also pos to neutral. 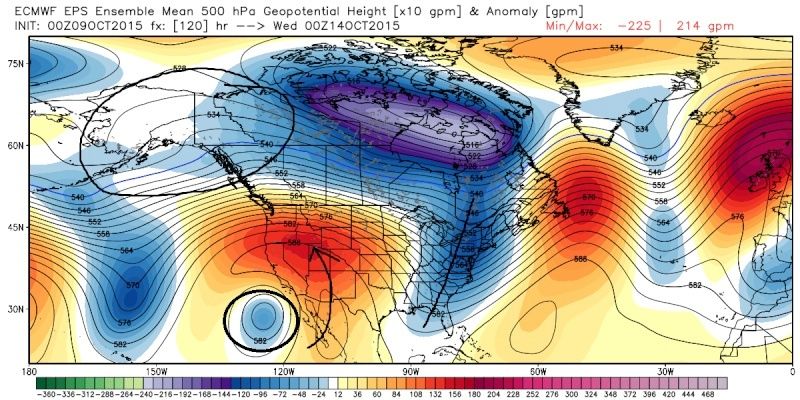 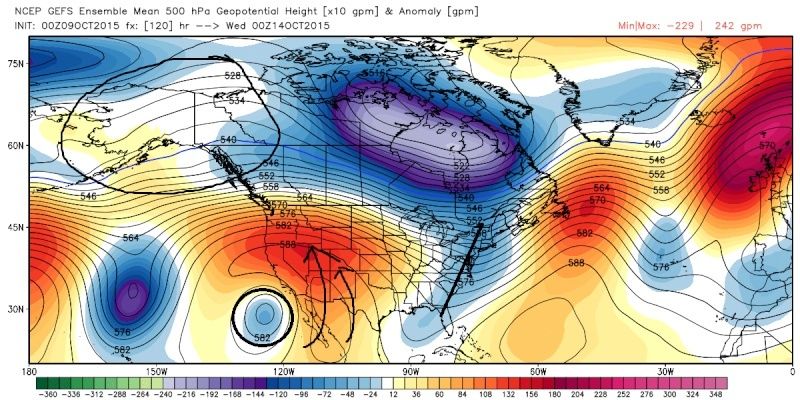 After this partially phased trough moves up and out it does look like both models agree that the Aleutian trough slides into place, and amplifies the ridge up into Alaska by about the 17th; as you pointed out due to the MJO pulse; however, what I find interesting is notice how on both models the ULL well off the SW coast amplifying the PNA ridge on the 13th drifts back east as the run progresses towards the 17th. 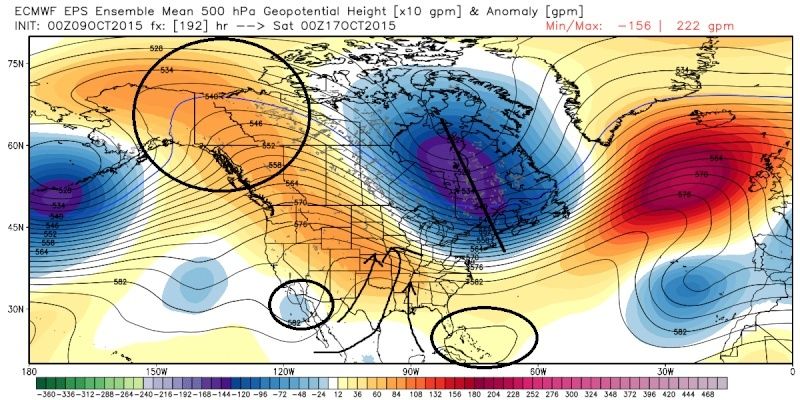 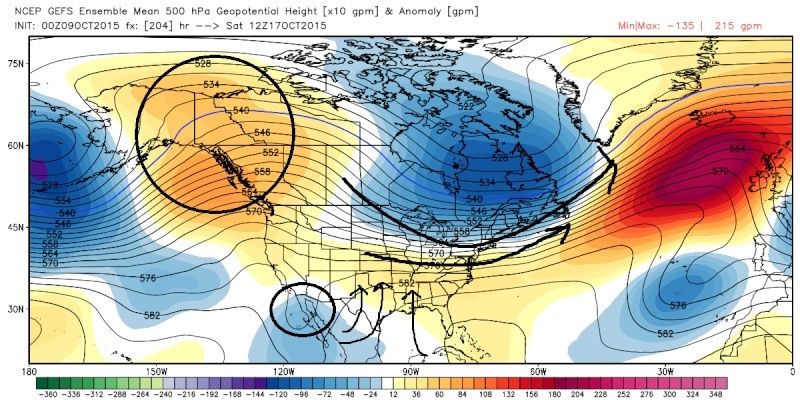 So despite the fact that the Alaskan ridge is amplifying, which would result in a trough amplifying into the east, the energy from that SW ULL, which by the way has been meandering back and fourth in the same areas now for several weeks,  aids in pumping up the ridge again into the Midwest which could have a direct effect on the trough into the east.  I think the keys to how it plays out are  1) is where does the trough position itself and how strong relative to the Aluetian Islands  2) how strong does the alaskan ridge get as a result vs 3) how much does the ridging into the midwest rebound as that energy off the SW coast drifts back east over the SW CONUS/N Mexico.  If ridging builds back into the Midwest and SE strong enough and fast enough we will prob see the base of the longwave trough flatten out, the flow cont to be progressive and the colder air become more moderate and transient.  By the 18th last nights EPS already is moving the trough out. 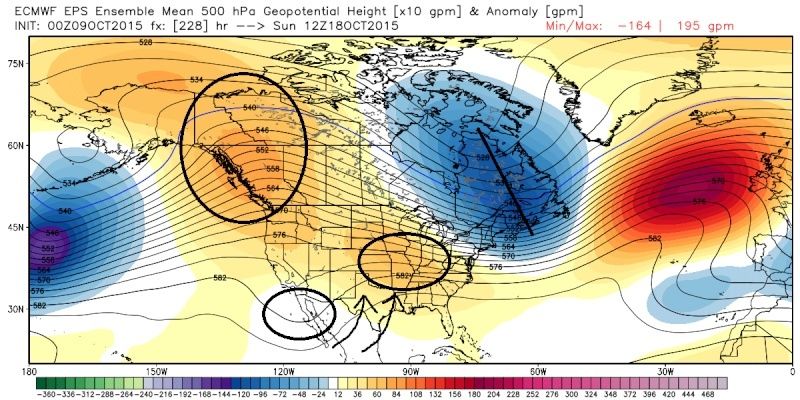 I purposely showed the EPS at a later time frame. I thought it was too redundant to show both models show the same thing in regards to the partial phasing early next week. What I wanted to stress was the EPS keeps our pattern amplified while the GEFS stays progressive. I do not put much stock into the SW ULL. The contours open up it kinda loses its ULL influence. Instead, the pattern looks more split-jet to me with the STJ and PJ.

The GEFS last night made a huge shift to the EPS. They now keep the pattern amplified through all of next week with a trough over the east. It's not EPS level amplified, but it's still close.

We will see Frank. Recall this post I had from a few days ago in the LR thread. Notice how in the long range in the Means the ULL in the SW is depicted as an open wave.  But then as we get closer it shows up more consolidated as a true ULL influencing ridging in the west or ridging into the east depending on its exact position. 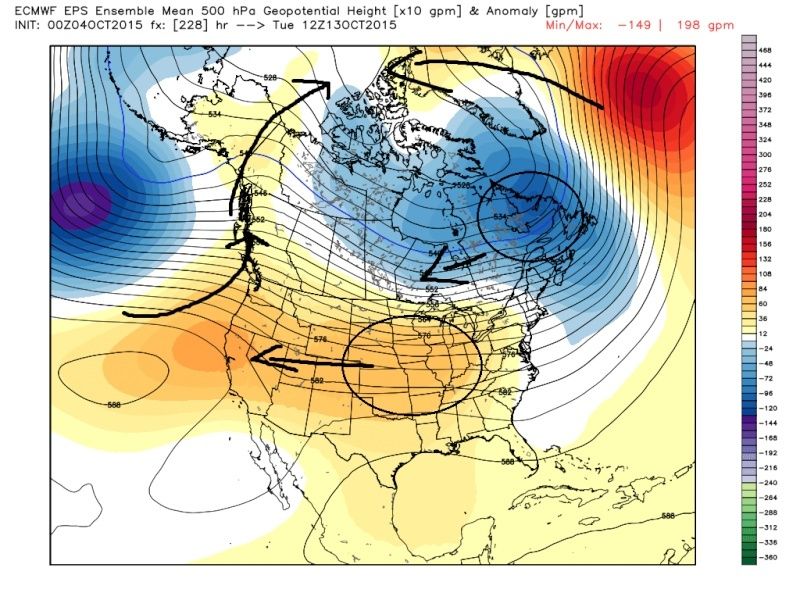 Same time frame now only 132 hrs out. Notice how the positives (warm colors) over the plains have pulled back building a positive PNA ridge (https://www.njstrongweatherforum.com/t575-pna-ridge-in-west#66938).  Consequently you can see the trough in the east.   I thought; however, the positives would build into Alaska( negative EPO) as well, but it looks like negative heights (cool colors) are building into Alaska (positive EPO) instead.  This will lead to cooler temps but we still have Pacific air mixing into the equation with this pattern. 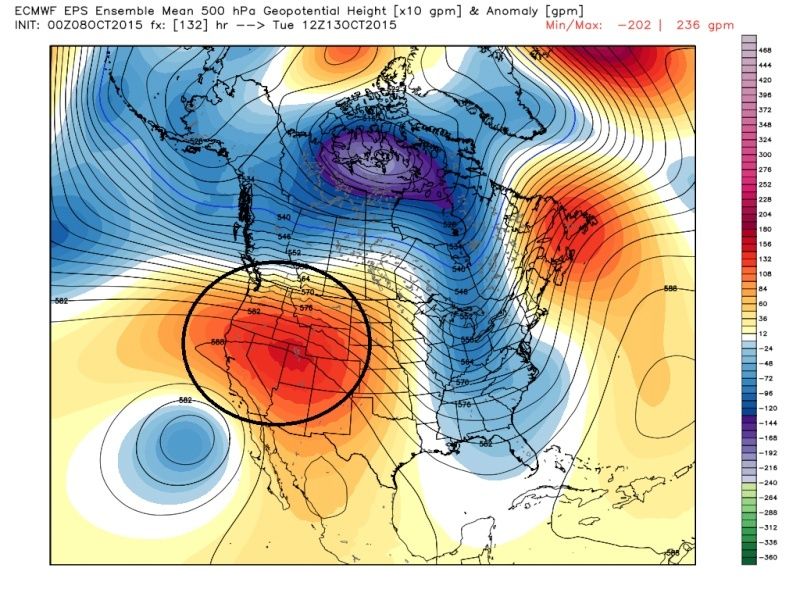 
If you look at the current WV you can clearly see the influence on the Ridge centered over S Fla/Cuba leading to our warm and relatively higher humidity today with the SW flow out ahead of the front scheduled to move into the area later today and tonight.  Again you may be right Frank but I contest that the means will trend back towards an ULL in the SW.  How strong and where positioned could have an effect on the trough sticking around or not.

Have you looked at last night's 00z runs? The image you are referencing is from Wednesday 00z. The EPS no longer have those low heights over Alaska or Western Province of Canada. Instead, the -EPO/+PNA couplet develops.

You can see how the SW ULL begins to integrate itself into the jet stream.

Check out the 3rd week of October.

@Frank_Wx wrote:Understood. I see what you mean now. You're basically signaling the ULL as a wildcard feature that could change the outlook of the long range again. Correct?

@Frank_Wx wrote:Understood. I see what you mean now. You're basically signaling the ULL as a wildcard feature that could change the outlook of the long range again. Correct?

All globals in agreement of significant pattern change to colder weather

Watch the Tropical system down south

Snow I know gfs and now euro too develop a storm. Gfs has been on and off making it a Atlantic monster.00z gfs has a storm of 965mb well offshore but the wind field at least at 850mb is well as wide as sandy was. A long ways to go but feel this could be another hybrid possibility.

Next week we see our first frost and freeze warning for our area, many of us. Maybe not the heat engine of nyc .