This thread will solely focus on Monday's possible snowfall. I will start another thread for Tuesday's inverted trough. This is a very tough forecast and one that has high volatility. Meaning, I would not be surprised at all if I BUST with this call. There are only 2 models out of dozens supporting my 1st call snow map for Monday. However, given the set-up and jet dynamics I can see why these two models may be onto something. And let's not forget the NAM and SREFS also did very well with Jonas, another complex setup. 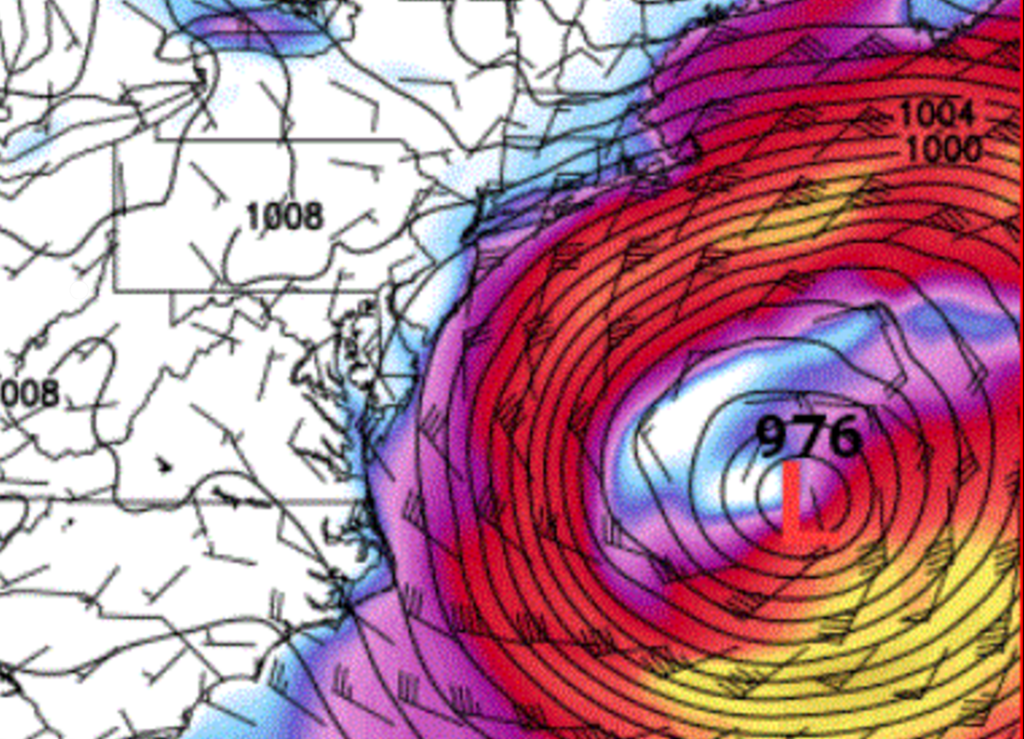 If there is one thing models do agree on it is the size and strength of this beast. We're looking at a sub 980mb low located well south and east of the 40/70 BM. In any normal circumstances the location of this mega-storm would bring minimal impacts to the coast because it's well off the coast. But this is not normal. Heck, it's not a normal winter! 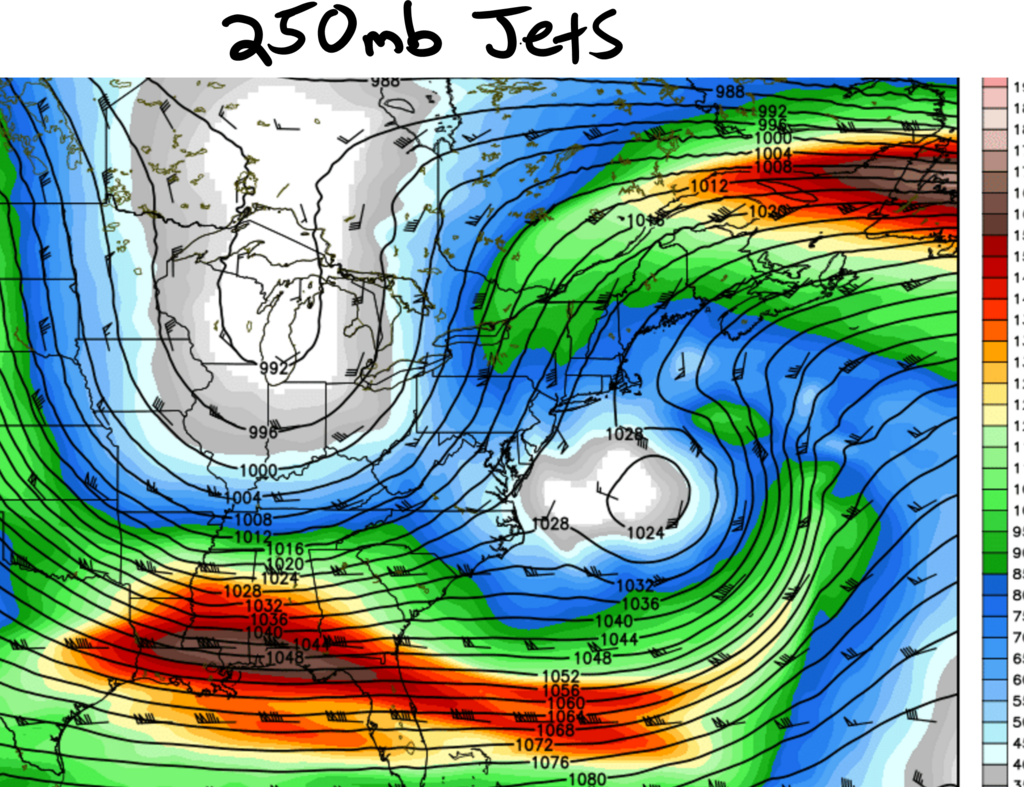 One of the reasons why this is not "any ol' storm" is because of these 250mb northern and southern jet streaks. The northern jet is exiting the picture as the 500mb low sits off the coast while the southern jet is getting ready to come up the coast. When winds are moving this quickly in the upper levels it usually creates instability and frontogenesis (lift) in the atmosphere. As long as there is sufficient PVA (positive vorticity advection) these dynamics will have energy to work with to promote snowfall across the area.

Between Monday's large coastal storm and Tuesday's inverted trough, both nicely shown in the above frame, our area is stuck between two areas of upper level PVA. What the NAM, SREFS, and RPM models are doing is they think Monday's coastal storm will track close enough to the coast to get partially captured by Tuesday's inverted trough. Given the jet dynamics this allows the precipitation field to expand west and bring light to moderate snow to much of the area. 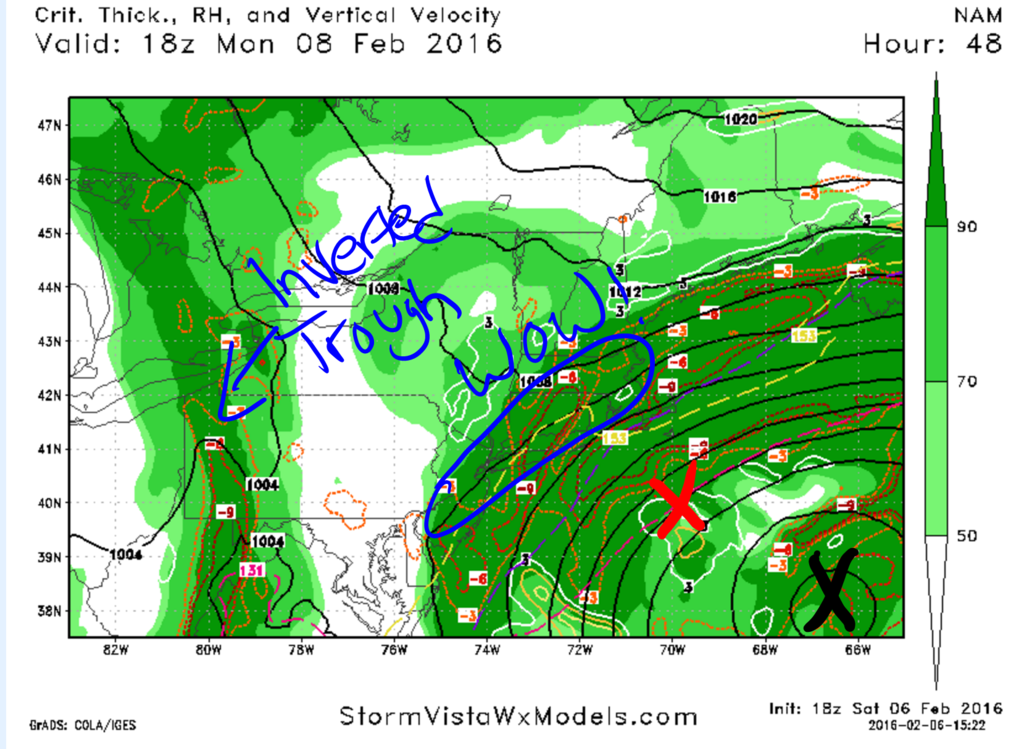 Here is a visual look of what I just explained. The NAM expands the precipitation field into the coast even though the coastal low is NOWHERE NEAR the BM. The BM is the red "X" and the modeled position of the surface low is the black "X." Look at what is moving into the Ohio Valley - the Inverted Trough! 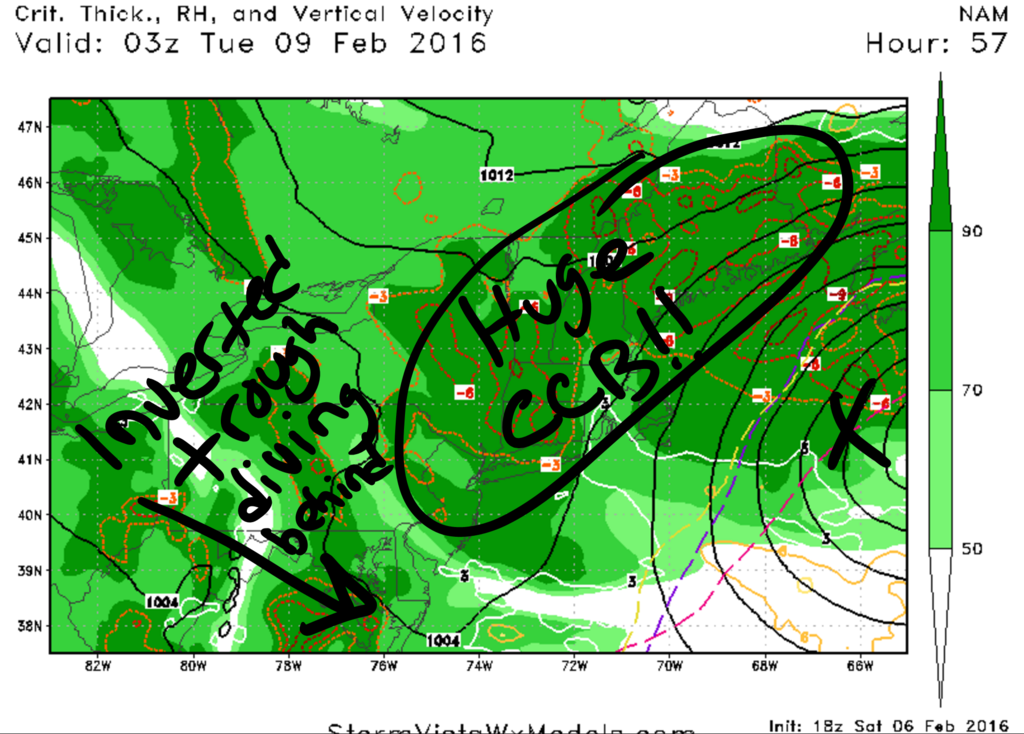 As a result, the Monday system is partially captured and the PVA from both systems streams up the coast to promote prolonged snowfall over the area. The CCB is expansive and stretches from NYC to Maine. 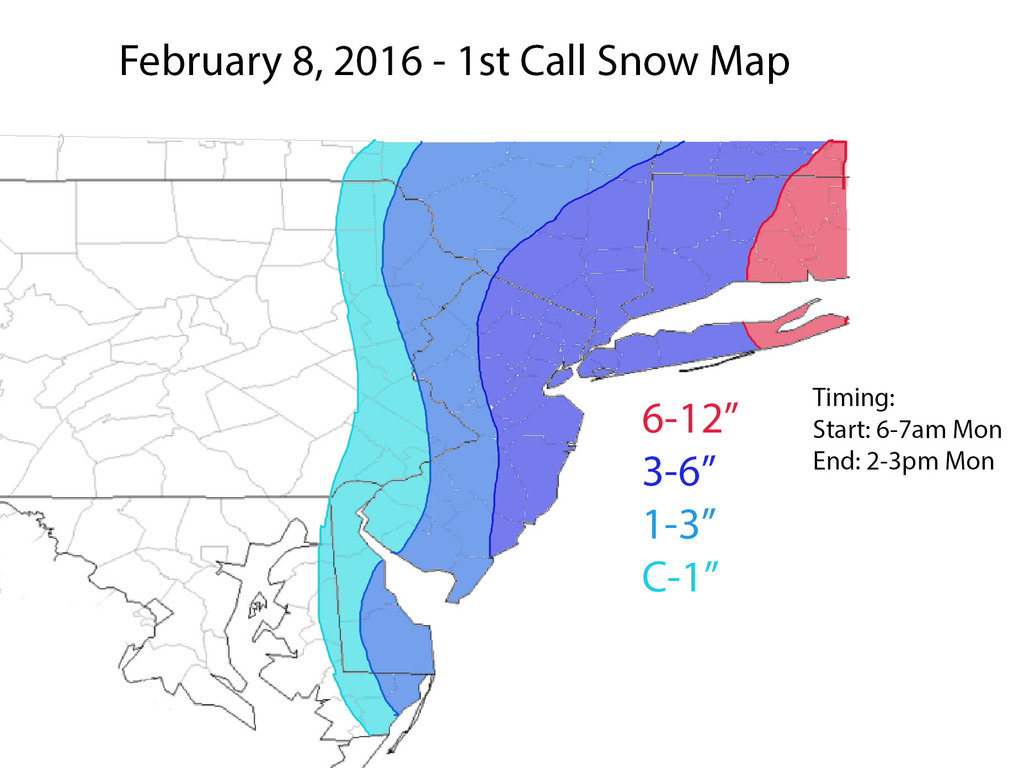 Here is what I am thinking:

1. Monday's system will track close enough to the coast and partially phase with Tuesday's Inverted Trough.

2. Snow will break out over the coast first early Monday morning and slowly push inland as the CCB develops.

3. A high ratio light to moderate snow will fall through early to mid afternoon Monday.

4. Since the IVT is diving south I think DC to Philly Metro have the best shot of seeing snow from Tuesday's inverted trough, but I will speak about this system separately in another thread.

5. This has HIGH BUST potential as it's a very tricky set-up, but I rather prepare everyone on the board for snow than no snow. Just like Friday's storm when TV Mets were thinking only a C-1" myself and others warned a 3-6" snowfall is coming (almost 12" on LI!!!).

HUGE 00z MODEL RUNS TONIGHT! We'll see if any global models begin latching onto what the NAM/SREFS/RGEM are seeing!!!!

Who loves the French? The French model is in agreement with the mesoscale models!

@Frank_Wx wrote:Who loves the French? The French model is in agreement with the mesoscale models!

Thanks Frank Could this monster still move west?? 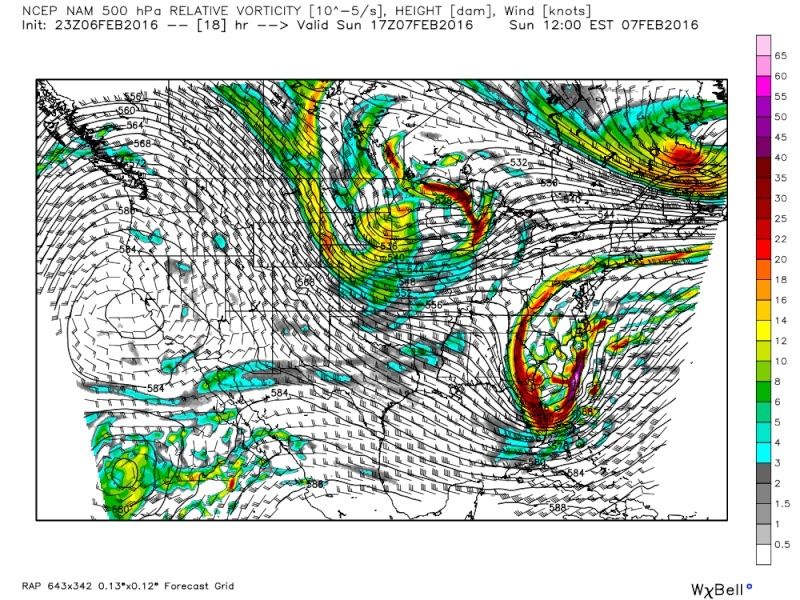 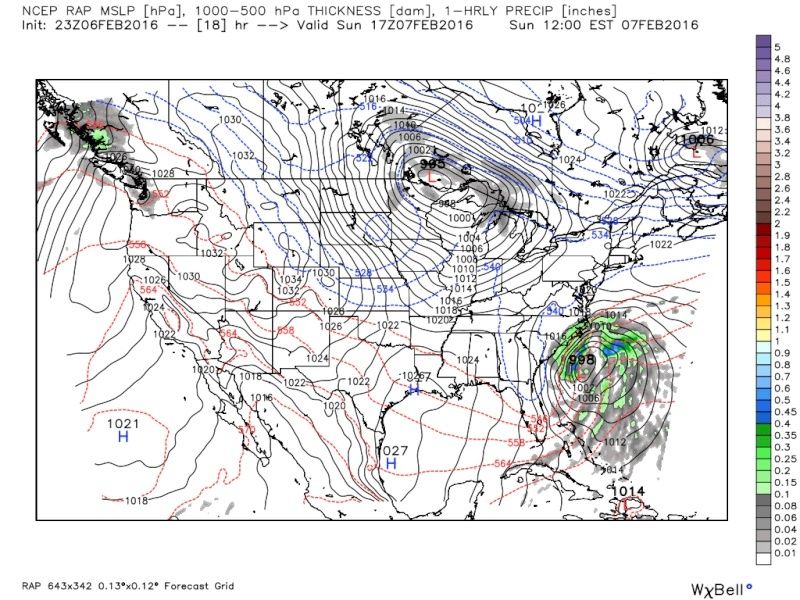 Thanks Frank. What did nonna cook for you today?

I was going to make a first call snow map, but I'm not so sure if I should now because I almost fully agree with yours.

Such a great meal, yet tomorrow you won't remember what you had????

Yesterday I had penne alla vodka, broccoli, and a garlic knot.  Today I had some leftovers of that.

Such a great meal, yet tomorrow you won't remember what you had????

Yesterday I had penne alla vodka, broccoli, and a garlic knot.  Today I had some leftovers of that.

SREFS ARE GOING TO BE HUGE - ONCE AGAIN THE MEOSCALE MODELS WILL LEAD THE WAY WITH THESE - THE GLOBALS WILL FRICKIN LIMP TO THEIR SOLUTIONS.

@Quietace wrote:I think their might of been a more pronounced SLP shift. Just by the way the offshore precip axis adjusted. Or the shield it self expanded.But i haven't looked.

Yes yes yes. What model is next?

@skinsfan1177 wrote:Yes yes yes. What model is next?

Off topic, but Mike Trout just followed me. He's a huge weather weenie.