More in depth forecasts for tropical cyclone activity will become available in coming months(NHC/Private entities). In my limited spare time I have been observing a few variables in the Tropical Atlantic...
The weakening + ENSO could force atmospheric responses to allow for more favorable upper level conditions for development in the MDR.
Yet, these atmospheric conditions could be counteracted by the negative departures in the MDR in the Atlantic.  Currently MDR SST anomalies are near neutral, leaning slightly negative during a recent drop. This is while, nearly every other region of Atlantic SST in correspondence with interest in cyclone development are running .4-.6 degrees C above normal. 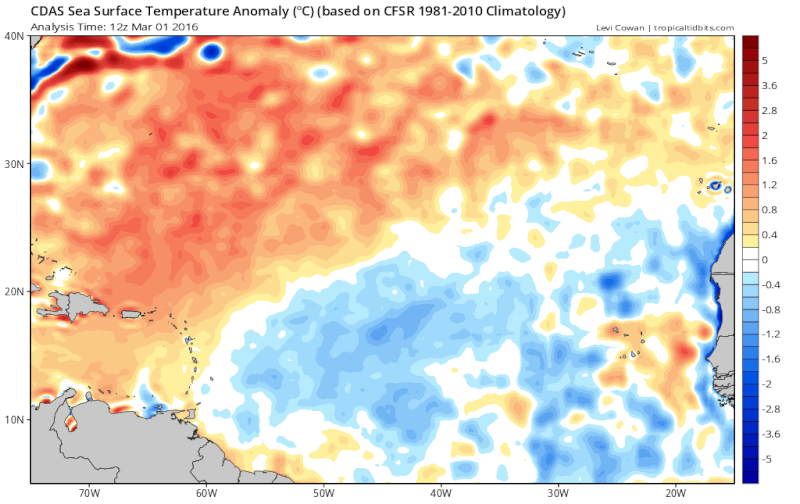 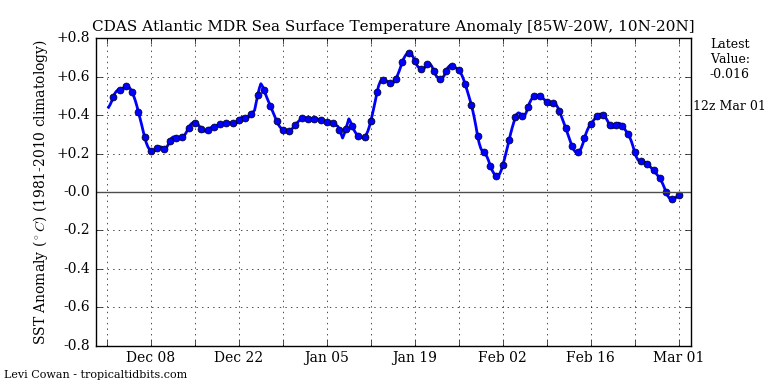 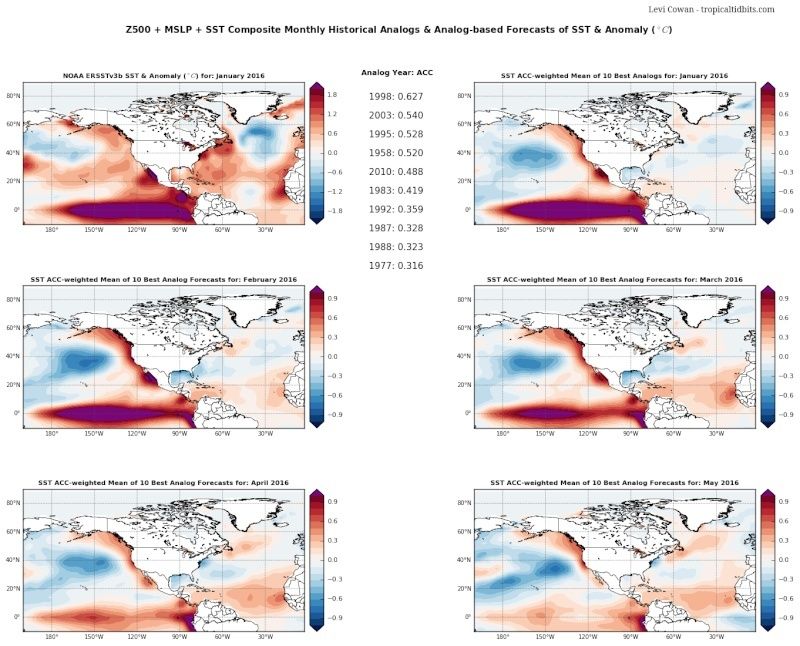 I have also been observing the relative strength and northward variability of the ITCZ over Africa on long range guidance, and the persistence of positive precipitation departures in the central Atlantic. 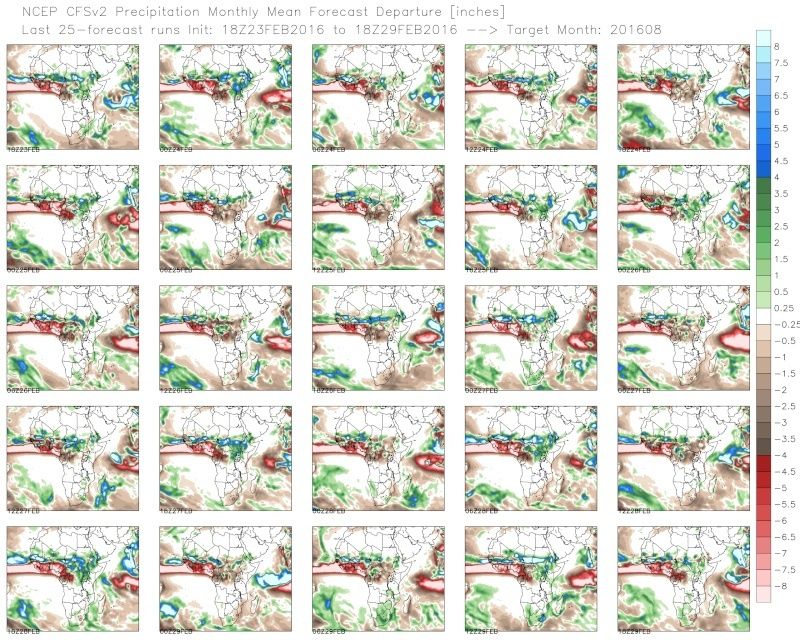 For the sake of sanity I hope for a slightly more active season to allow for some fun tracking.

Should have included Statistical/Dynamic modeling forecasts for ENSO region

I think it will be an active year and possibly land falling storms. FWIW (very little) the farmers almanac calls for at least one TS up here and hurricane threat here but looks quite per them for majority of summer. When does Colorado come out with their prediction, last was in December.

CSU put out their prediction, looks like another fairly quiet year but it only takes one. 12 named storms, 5 hurricanes and two majors is their call, but they have been wrong before.

There is a Cat 5 cyclone in the Indian Ocean. Strongest ever recorded in that region. No wonder the MJO was so active this winter - SST's are WARM there.

Frank_Wx wrote:There is a Cat 5 cyclone in the Indian Ocean. Strongest ever recorded in that region. No wonder the MJO was so active this winter - SST's are WARM there. Ahhh you gotta love TWC going before the NHC shows anything. It happens and models do show a very weak low LR but this article is not necessary.

We have our first possible tropical system (well second Alex was in January) currently at 30/60 % for 5 day. 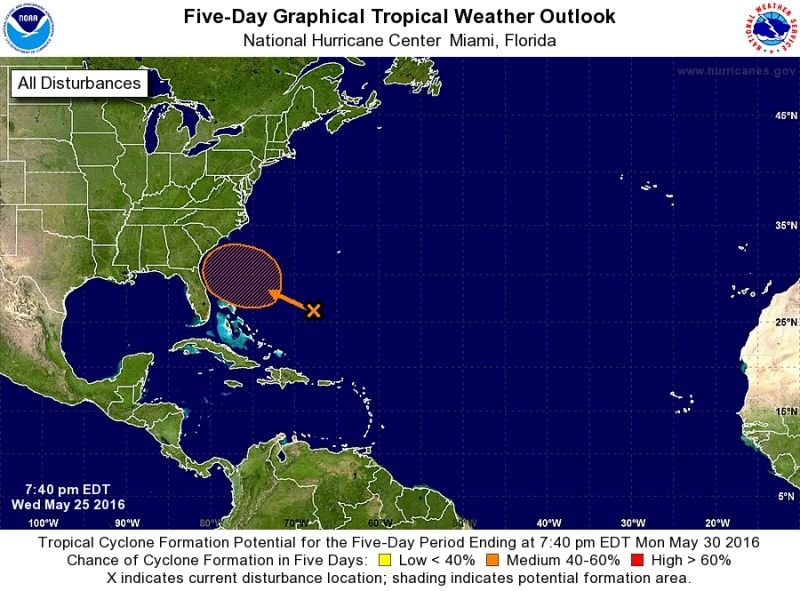 Yep and according to models looks like a lot moisture could be pulled up here to rain a lot of monday. Frank anythoghts?

High precipitable water values associated with the tropical system, combined with frontal forcings will enhance precip and drop a inch or two of rain. Not a big deal as precip shield on models is rather thin in nature, certainty not a organized post tropical system with developed shield.

Small Convection blow up before it moves over cooler shelf water. Gulf Stream feeding enhancement prior to landfall. Models also hinting that it will be overnight Sunday into Monday with most precip S. Jersey and LI... (S&E, S&E haha) we might be able to salvage Monday afternoon for BBQ
_________________
Janet

Colin looks to be next in the 10 day range.
These in close trop cyclones are going to be the name of the game short term. Once we get to Aug through late October I think we ramp up the hcanes due to many factors but the ACE is a big one besides Nina.
From the bell

Well those in the NJ and NY coastline will cringe at these stats for hcane damage possibility in this article. Yikes! !

Look at what the EPS AND Euro show

not seeing the images.