Interesting developments this early morning with the 6z RGEM, NAM and GFS shifting north. Is it a start of a trend or just waffling by the models? Big 12z and 0z runs today!!!

For me personally since this threat has shown up in the LR, which was awhile ago, I have cont to try and portray the idea that a less than favorable outcome was always on the table.   I would like to think that I have done that as objectively as possible in the discussions; however, there is no denying my snow/cold bias leaking out from time to time esp when models trend more favorable.  I know most of us on here are snow and cold weenies, so sometimes the less than favorable outcome possibilities are more quick to be dismissed and pushed to the background; whereas, the cold and snowier solns quite easily push their way to the front of the line.

All that said the end result of this threat is def not quite etched in stone yet.  Unfort I am fairly confident that areas N&W of I-95 are pretty much out of the game for accumulating snow; however S&E of I-95, and even more so for the immediate NJ and LI coastline are still in line for a minor, "maybe" moderate event best case scenario esp if we still have a jog of as little as 50miles or so +/- as was nicely stated by the Upton discussion posted above. Let me also be clear on he fact that another jog 50miles S&E and everyone is out of the game.

As you can see below as of initiation of the 00z Suites the N energy that is the steering mechanism to our system is still way up N only now diving into Canada.  So again there is still wiggle room for models to adjust the exact track.   What has become more clear however, is that the southern branch energy will not be quite as strong as the euro soln showed from 12z Jan 3rd and 00z Jan 4th as it digs into the SE CONUS.  Even this; however, has a small window to improve as well. So I will cont to moniotor the system, but remain quieter than the past few days. 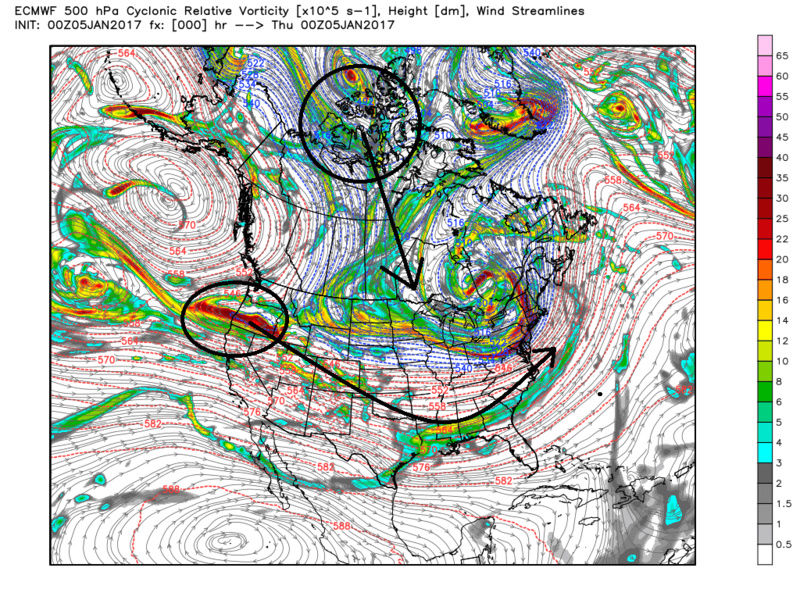 Now before I go this morning I would like to acknowledge a certain someone who has remained unnervingly quite throughout the past 5 days.   I know he has been checking in on the discussions; however, here was a post he had about this system back on Dec 30th.

Careful, it's not a +PNA pattern. Look at the ensembles. It's a trough just off of western/northwestern North America, which favors ridge amplification east of the PNA region and troughing over the Northeast. With a pattern like that, I suspect any system will end up remaining mostly, if not entirely offshore by the time it reaches our latitude, as stronger confluence develops overhead between the backside of the trough and eastern flank of the central U.S. ridge. However, with the progged east-based NAO block, it might buckle the flow enough to where northern New England can capitalize. Just my opinion, though; certainly not fact. I could very well be wrong.


My gut is telling me that despite the teasing from the models he continued to feel confident about the general outcome of the system due to the big picture he saw in the pattern, and didn't want to sound like a broken record by telling it how it is and didn't want to burst any bubbles because of the excitement procured by the occasional run of a more favorable outcome on certain models at certain times along the way.  Obv I don't want to speak form the man him self but hopefully he will come out from behind the curtain and take his humble bow.  lol Pretty big jump west on the low res NAM. I have a sinking feeling this may be one of those that just miss.

SREFS have decent precip for Wave 2 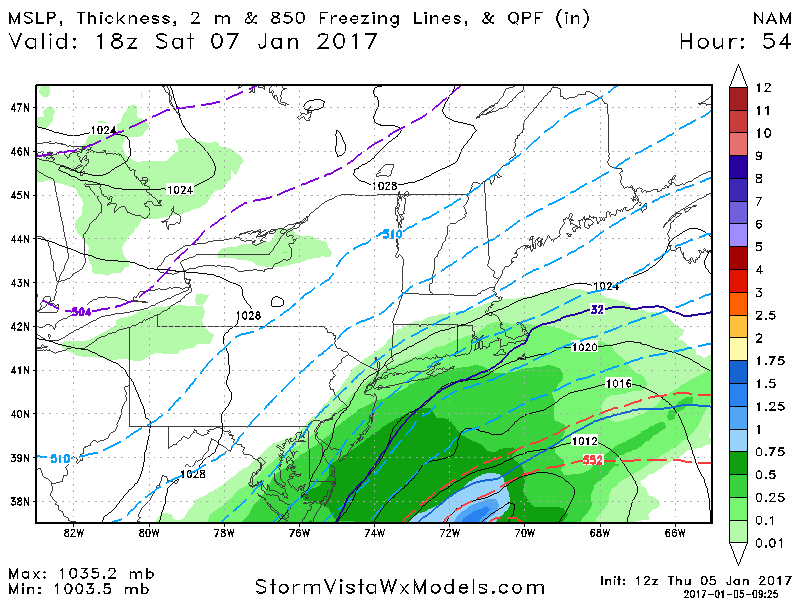 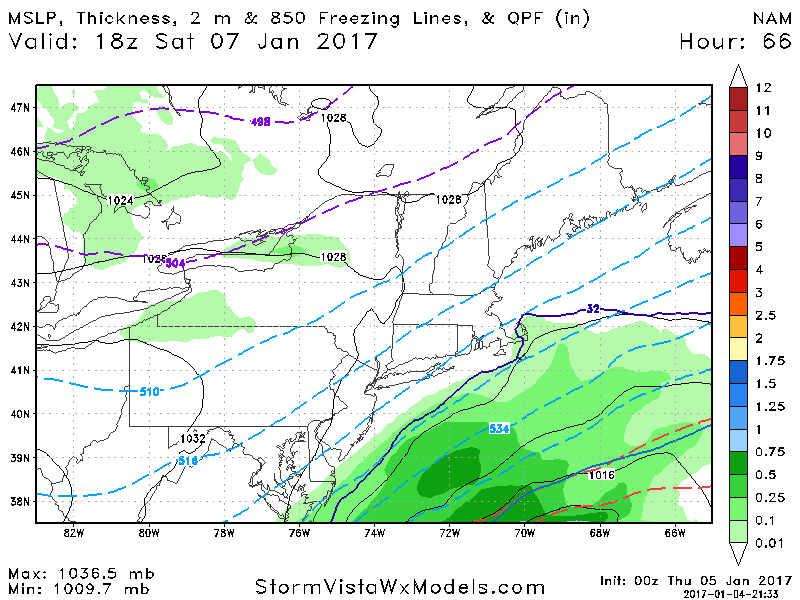 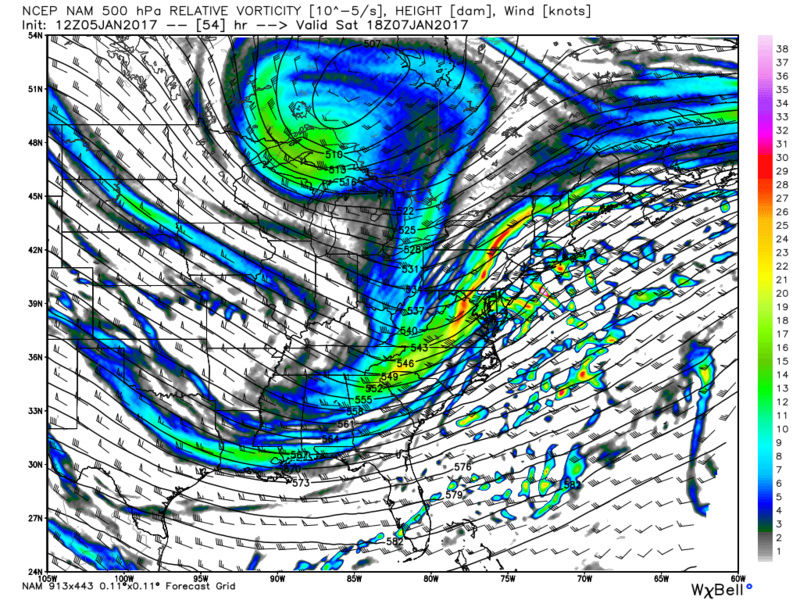 @Frank_Wx wrote:SREFS AND NAM HAVE MODERATE SNOW FOR THE COAST SATURDAY EVENING. WE'LL SEE IF GLOBAL MODELS JOIN THE PARTY. THERE IS A PIECE OF THE PV TRYING TO PHASE INTO THE SOUTHERN S/W.

@Frank_Wx wrote:The post Alex just made shows the 00z vs. 12z NAM at the same time frame. LOOK AT THAT WEST SHIFT 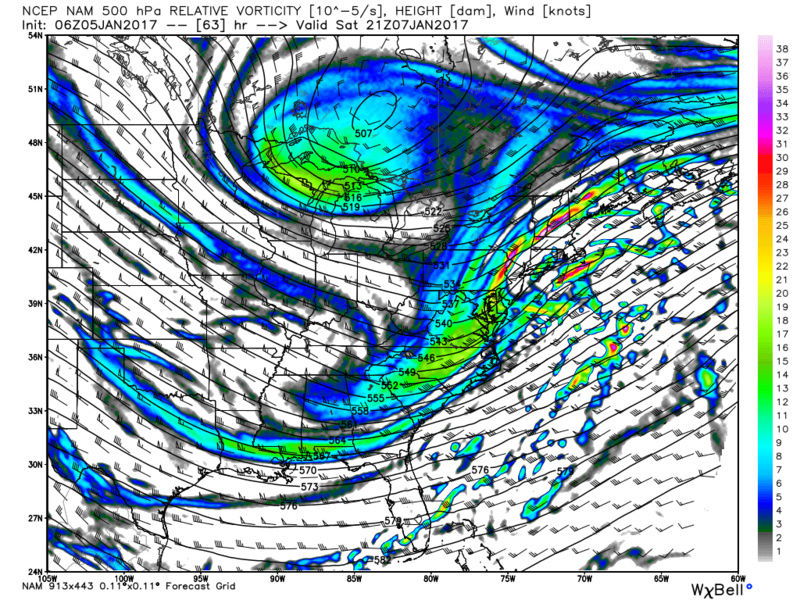 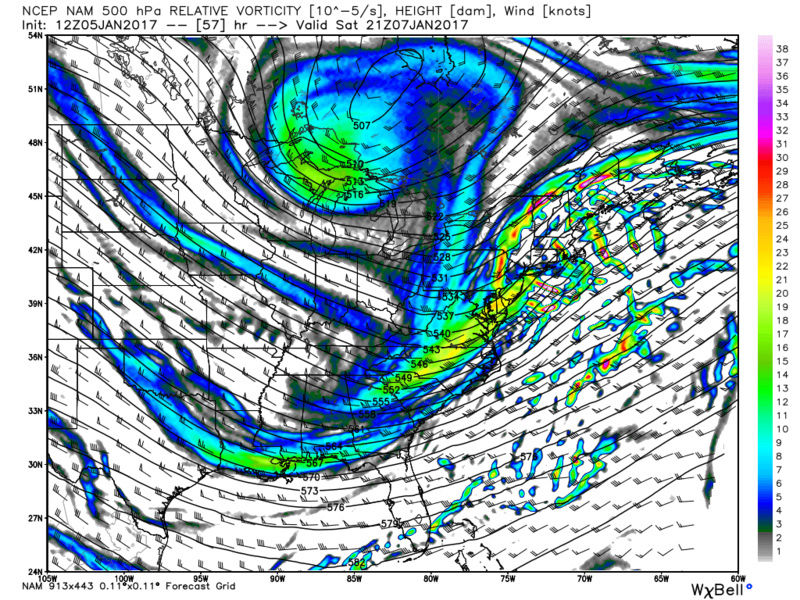 @Frank_Wx wrote:The post Alex just made shows the 00z vs. 12z NAM at the same time frame. LOOK AT THAT WEST SHIFT

Is it a shift west or a shift north? Or both? 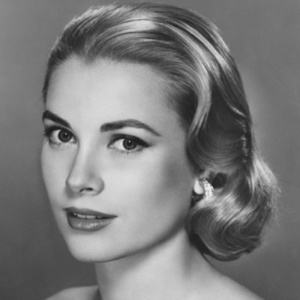 Seems may b bit intriguing to see the Sr models shift west so much. The Nam big jump.

250 HPA is ever slightly more amplifed with the trough as well. Small changes can cause major shifts in low track ad precip shield. Jet max is more defined right off our coast. 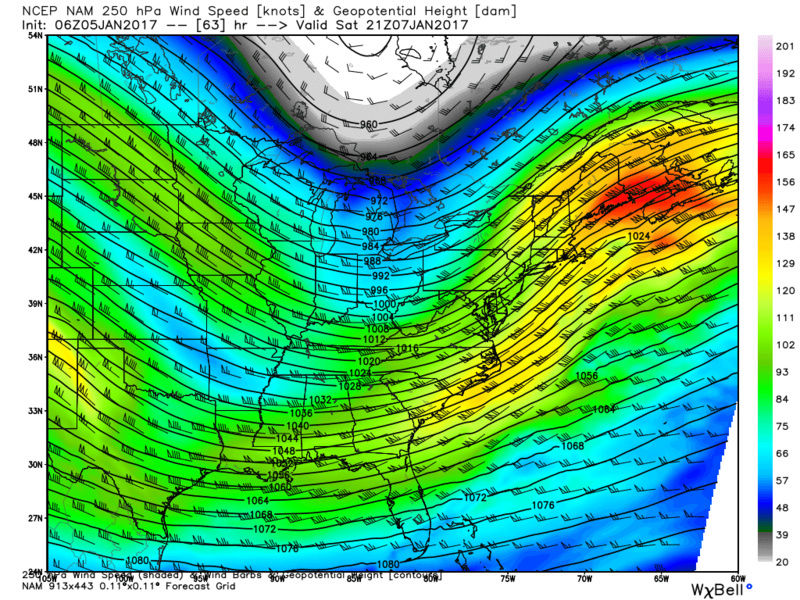 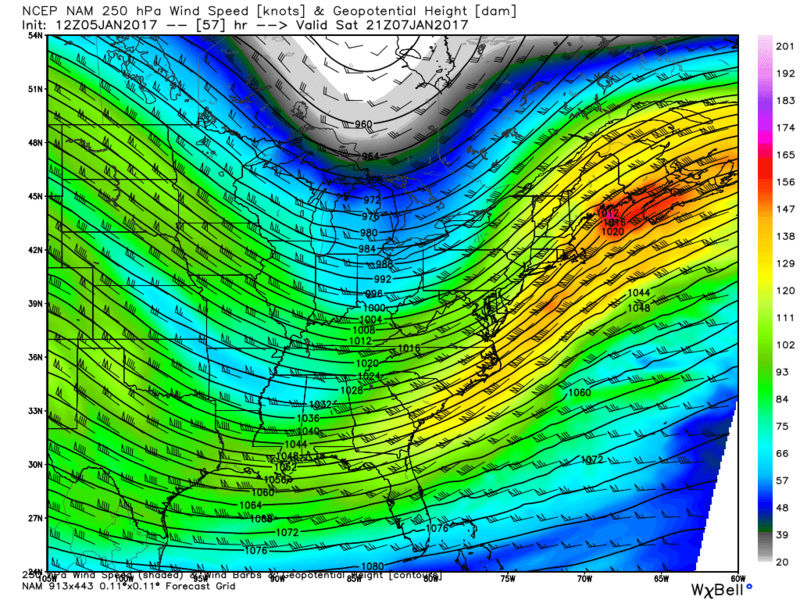 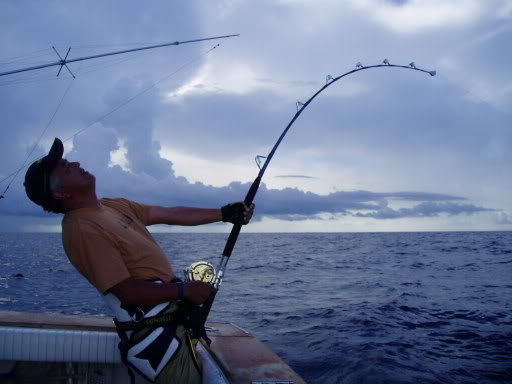 Here is why the storm trended north and west on the NAM. I mentioned this in my first post. The jet streak. If this jet streak is over New England it will help steer the surface low north