Frank, did you see the Exorcist steps?

Frank...hi hope all is well?! have not been on much with end of school year shenanigans...have a question for you...how does the first part of July look to you? we leave on Sat for almost 3 weeks on our boat...going down the Jersey coast to hit all the amusement parks....TIA

This is damn scary if true, imagine the insane weather this would produce!!

Anybody catch the heat they are experiencing out in Arizona? Temps of 120+. Saw on the news that they cancelled flights because of it. Yikes!

This one cracked me up. A disgruntled weatherman on CNN. Enjoy.

Wow, seeing on the NWS forecast for next week some lows in the mid 50's at night up here.Almost JULY, amazing!!!!!!

Taffy wrote:   This one cracked me up. A disgruntled weatherman on CNN. Enjoy.

Hey everybody, I’ve been on the busy side the last couple of months, keeping me off of the forum.  This weekend I am able to take a break for the first time in a while.  Next week, I plan on going on an extended trip.  When I come back, I expect I will busy again for at least another few months.  I will say this though:  I have come across some YouTube videos that have captured my interest, not relating to weather, but rather the progression of World Records in classic videos games, including the fastest completion of the original 1985 Super Mario Bros. NES game and the high score on the original 1980 Donkey Kong arcade game and I have to say this guy does a pretty job at explaining the details.

After viewing this series, I wondered what the story regarding the progression of the New York City snowfall record would be like.  Well, that’s actually what I plan on doing.  I have been preparing a script for this video much of the last 24 hours and it doesn’t just state the instances when a new snow record was set, but also some of the controversies and misses that occur in between.  Just to be clear, I am not talking about seasonal snowfall records, but rather single-storm snowfall records, the current one being the January 22nd-23rd, 2016 blizzard at 27.5.”

That being said, I probably will not have this up until the fall not only because I will be busy from mid-July to mid-October but also because I want some of the seasonal members on this forum to see it when it comes out.

And just so you know: Here are the two videos I am talking about:

Did anyone see this video of a tornado going through a Home Depot parking lot?
http://www.philly.com/philly/news/new_jersey/tornado-howell-south-jersey-nws-20170625.html

weatherwatchermom wrote:Frank...hi hope all is well?! have not been on much with end of school year shenanigans...have a question for you...how does the first part of July look to you? we leave on Sat for almost 3 weeks on our boat...going down the Jersey coast to hit all the amusement parks....TIA

It is going to get HOT! I've been expecting this summer to be warmer than last but we've been lucky so far. However, I see it getting warm once July rolls around. Your typical / occasional afternoon thunderstorm is always on the table. Overall, should be nice.

dkodgis wrote:Did anyone see this video of a tornado going through a Home Depot parking lot?
http://www.philly.com/philly/news/new_jersey/tornado-howell-south-jersey-nws-20170625.html

What an amazing video. Wow.

Tx Frank for your post.hope you enjoying summer...just read an article this morning that says there is a delay in the election nino....what kind of effect would that have on our winter?

CanSips for December, thus would be aweaome and huge change from the past few December 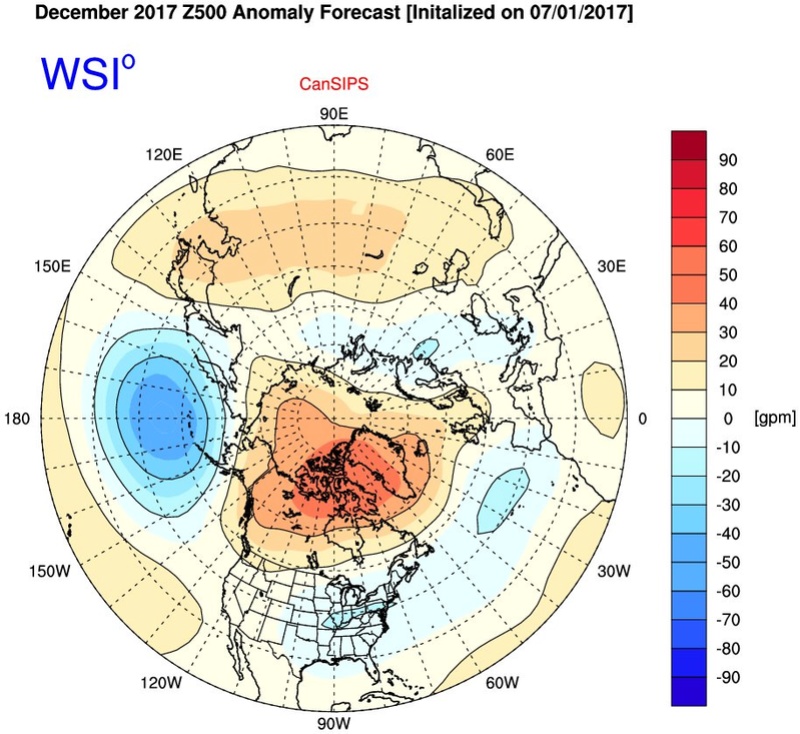 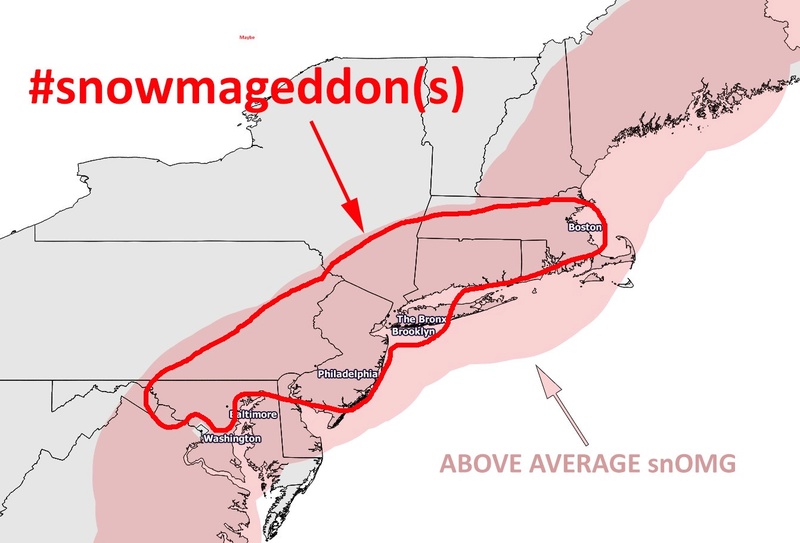 The latest on the Nino/Nina front with info from WxBell and JD.

We have a Modoki Nino with cololer/cold waters in the EPAC region 1.2 and warmer waters concentrated in teh 3.4 and 4 regions with colder waters off the Aussie continent - to its west. Look ath all teh warm waters above teh PAC equatorial region - going to be interesting to see how this plays out fro teh fall and winter 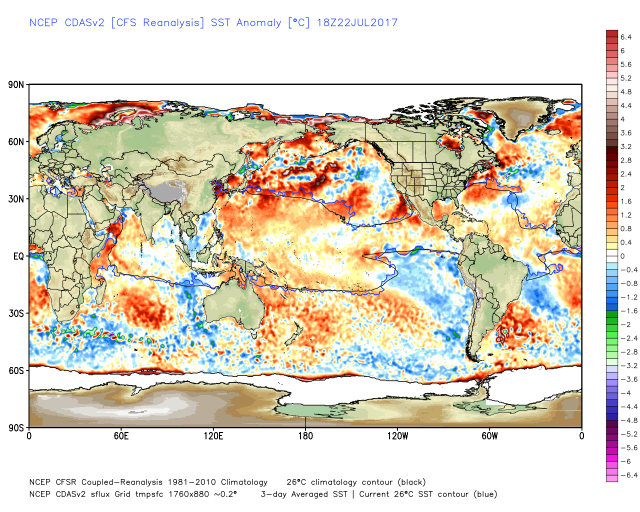 SOI in Nina and coming back to Neutral 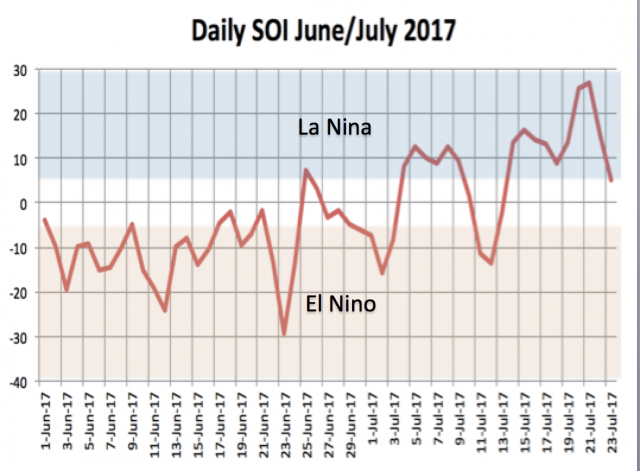 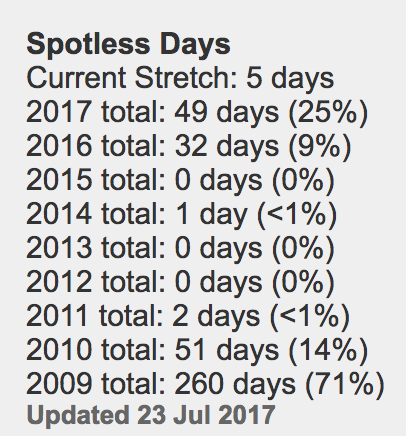 QBO winds are easterly now and look at this map for winters with a Easterly QBO and low solar - top left - where do I sign?? 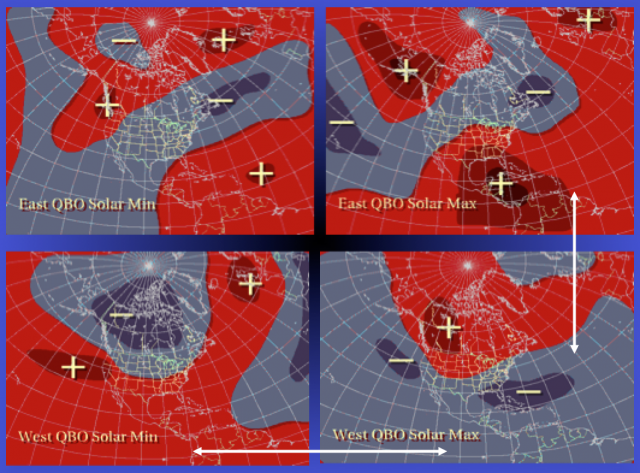 Food for thought as we move to the greatest season of all (winter for most) and this board as well as others ramp up!!