There is a ton of information to digest and analyze with Thursday's pending Mothrazilla. How potent will the PAC energy be once it crosses the Rockies? Exactly where does the surface low pressure develop then track? Does the 500mb or 250mb trough go negative? Where does the best banding, aka forcing, set-up? 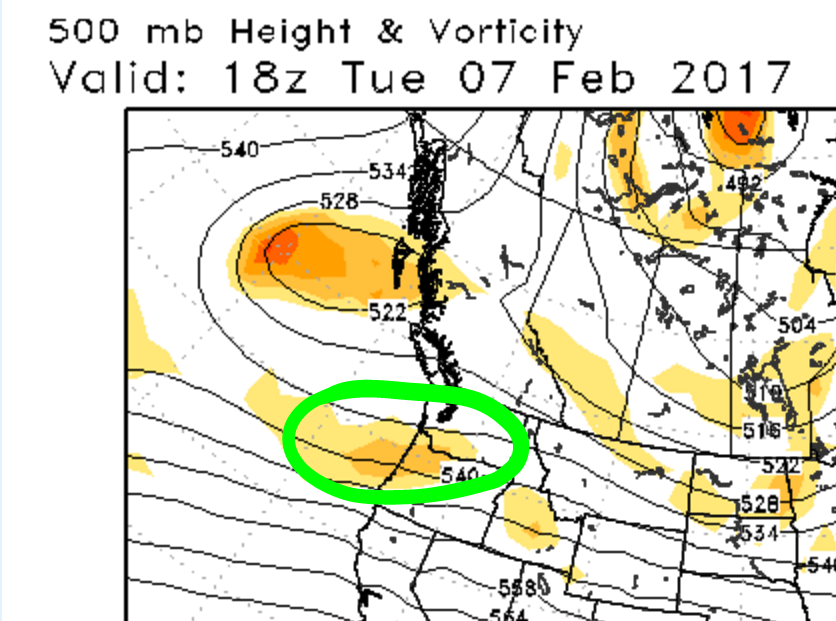 The most critical piece of 500mb Pacific energy will be fully sampled on the models in tonight's 00z runs. Here it is coming ashore on the EURO earlier today. 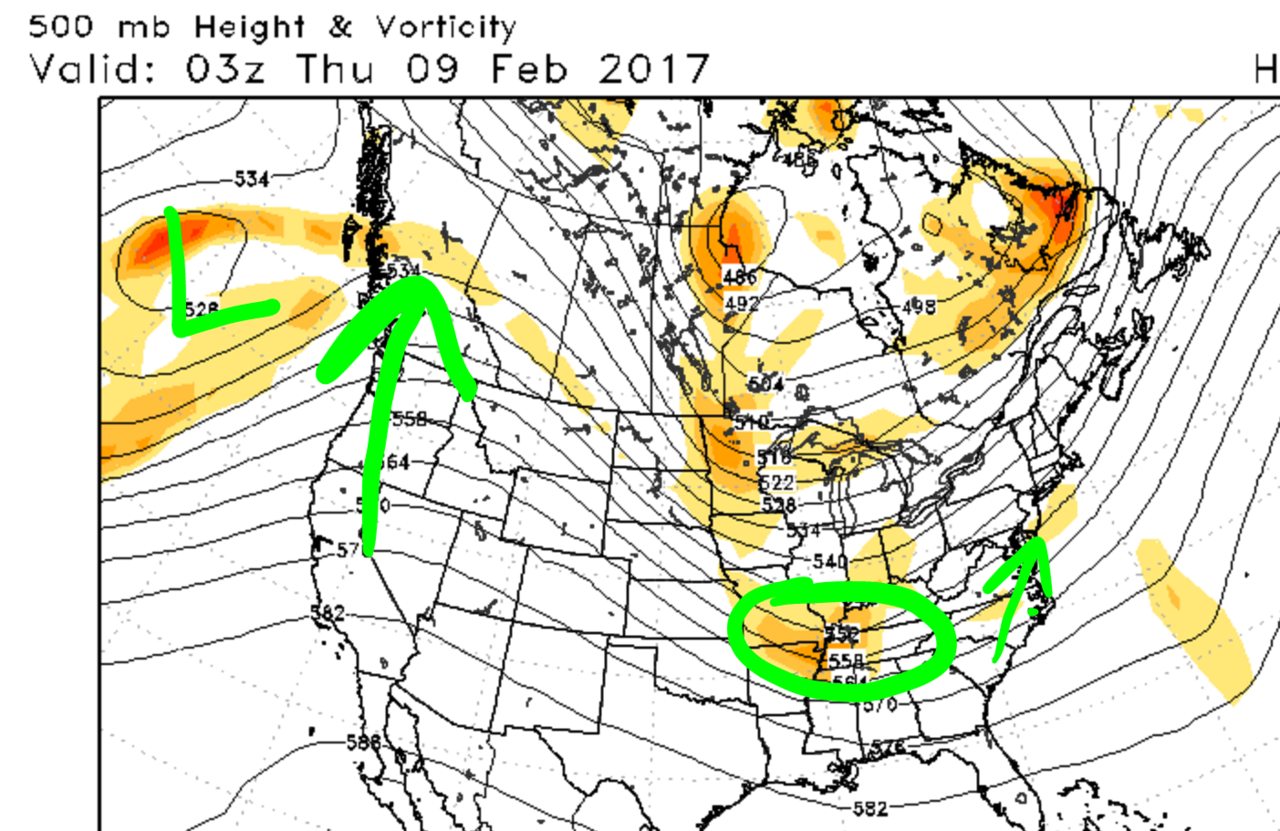 By late Wednesday, this energy is digging deep into the TN Valley as heights rise along the East Coast. You notice the ridge spike over the West Coast and additional 500mb polar energy trying to interact with the PAC energy. There is uncertainty with how much the PAC energy digs. The more it digs, the more potent the surface low pressure is expected to be. In consequence, it could take northern areas out of the heaviest snow bands because the SLP would likely be further S&E. However, the polar energy trying to phase into the mean trough will help overspread the region with moderate snowfall. So regardless, I think many areas are in line for a sizable snow event. It's just a matter of determining where the banding forms. 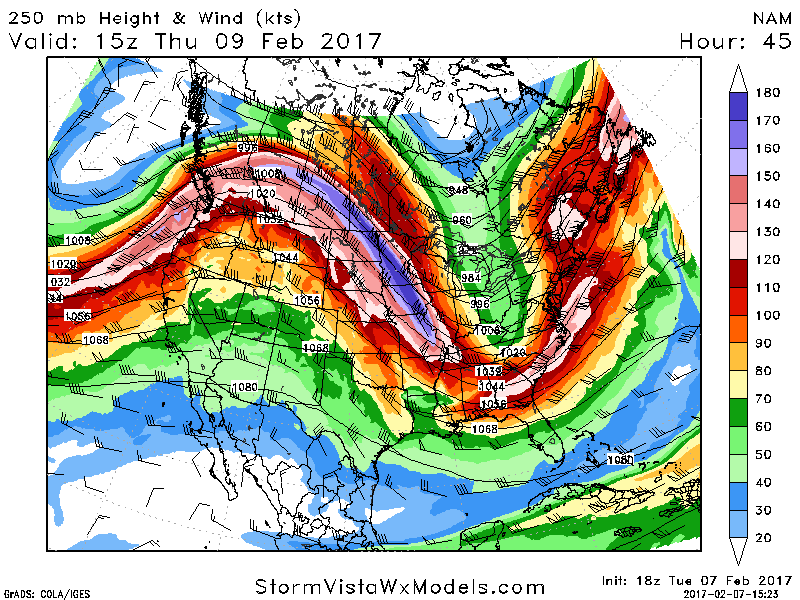 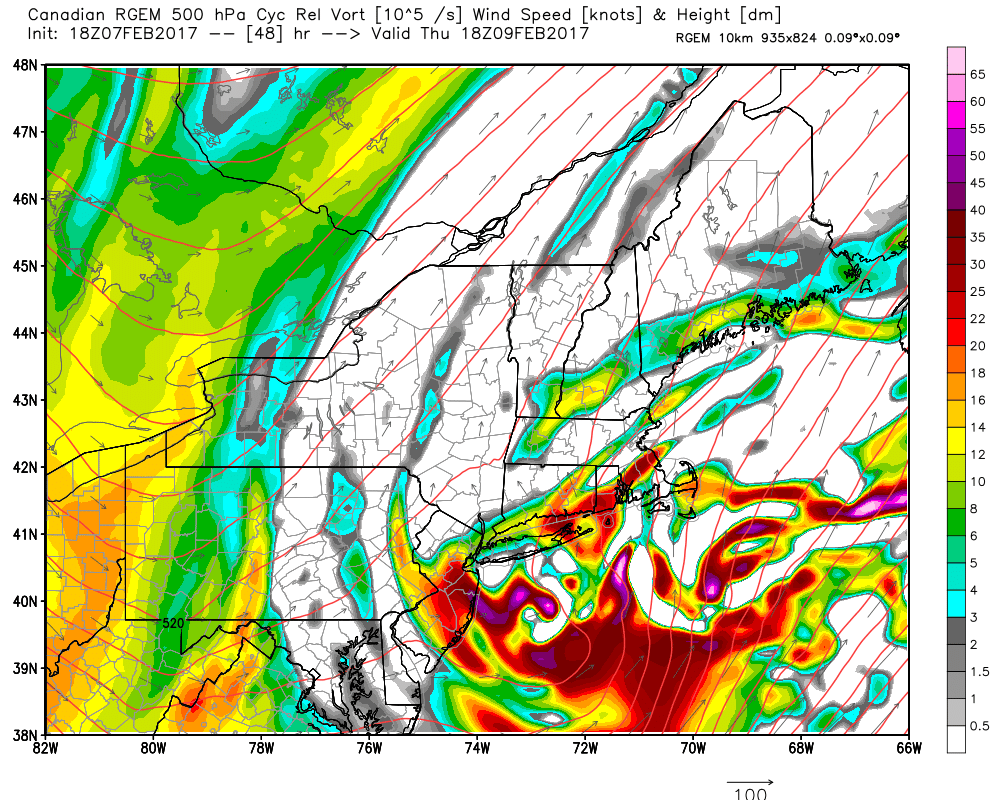 The NAM, RGEM, and other models take the 250mb trough slightly negative by Thursday morning. The upper level steering winds would suggest the surface low tracks VERY close to the 40/70 BM. We saw today the SREFS spread were leaning N&W, which would take the SLP pretty much to the BM. The dynamics involved with a jet streak over New England and another on the backside of the trough should help enhance 700mb vertical velocity / frontogenesis.

RGEM 500mb, the second image, has 500mb level almost closing off. Actually, I would not doubt if it does. This model shows tremendous banding over NJ and Long Island. Snowfall rates easily 3"/hour. The surface low bombs out sub 980mb. 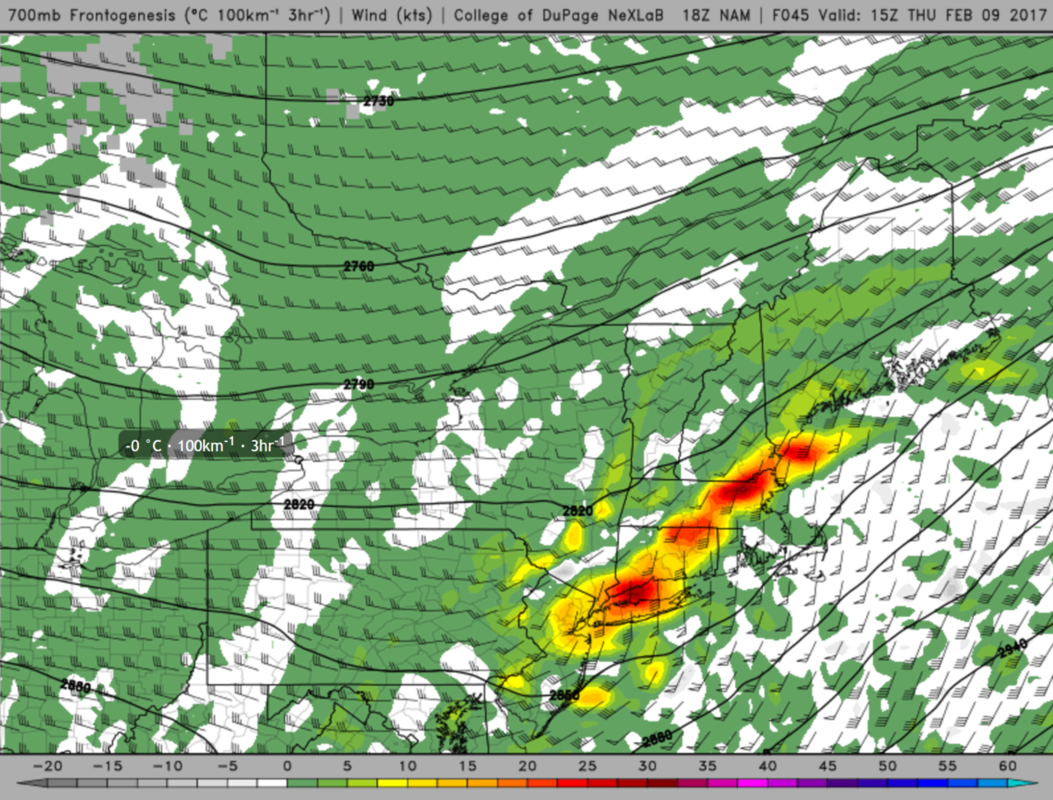 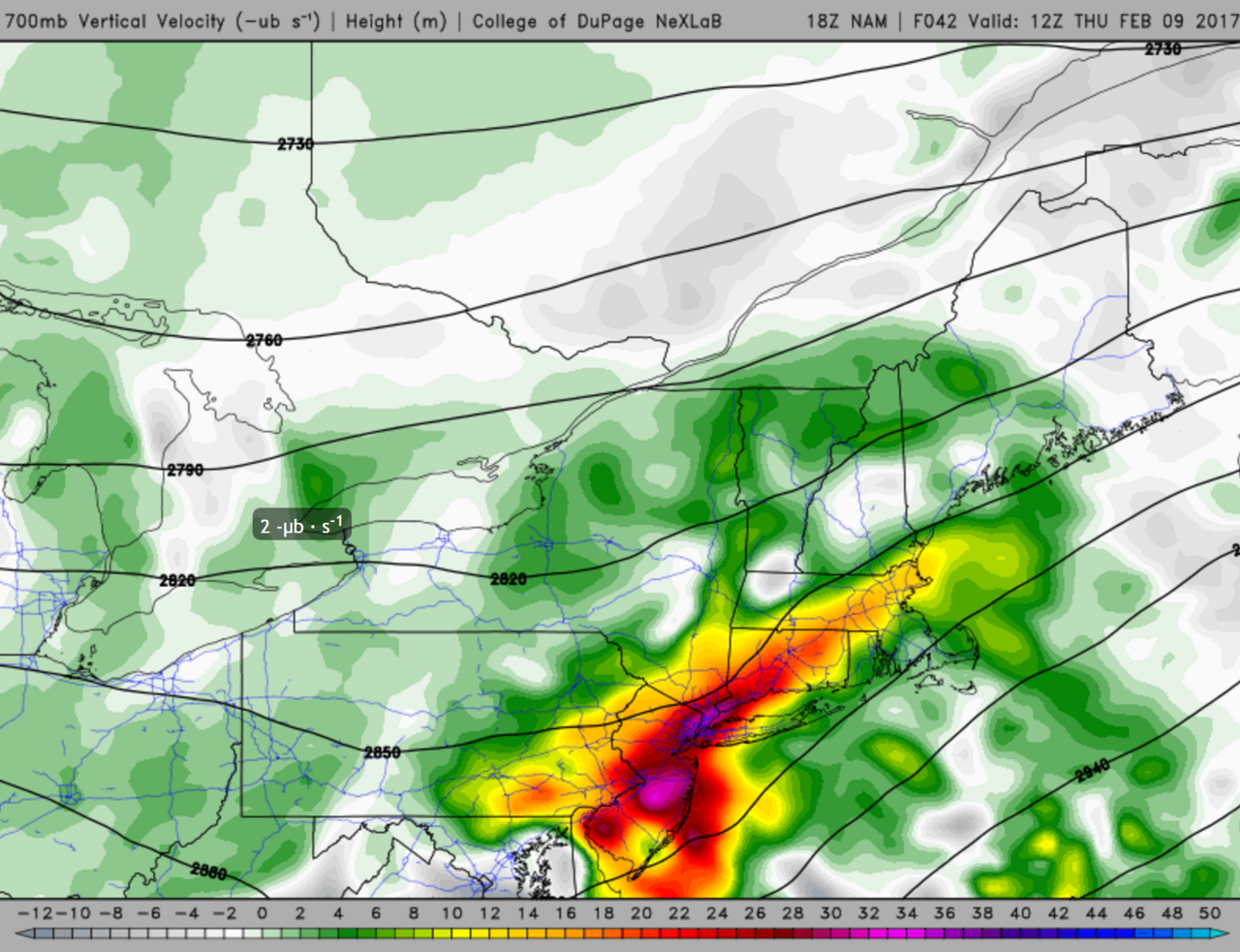 The NAM has the best forcing over NYC Metro, including much of NJ and CT. Soundings suggest there is enough instability to cause periods of thunder-snow, with snowfall rates between 2" to as much as 4" per HOUR. That is pretty unheard of, but a scenario I am not totally discounting given the dynamics at play. I always say you have to smell the rain to see the best snowfall rates, and that's pretty much what we're looking at with this system. Temps may start out above freezing for eastern NJ and parts of Long Island, but 850's will quickly crash and everything will turn to snow with very heavy rates. Those N&W of NYC will be all snow and you will see snow ratios higher than 10:1. 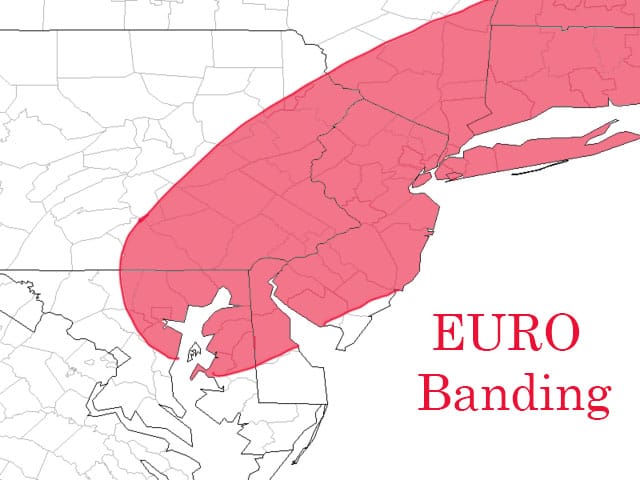 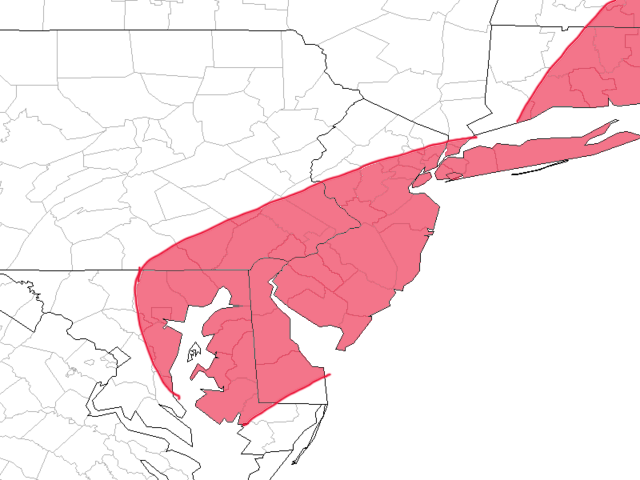 Here is where it gets tricky. The EURO has strong DBZ banding covering basically the entire region. This would result in a region-wide Mothrazilla (6-12" storm) with isolated locations seeing Godzilla snowfall amounts (12"+) storm. This is a scenario I can believe because of the dynamics and interaction with the polar trough / energy.

The RGEM, meanwhile, keeps the best DBZ banding S&E so LESS people are under the higher snowfall amounts. So it has a cut-off for those N&W of NYC. Additionally, latest guidance mainly at 18z began trending in this direction. The question is, do I believe it? 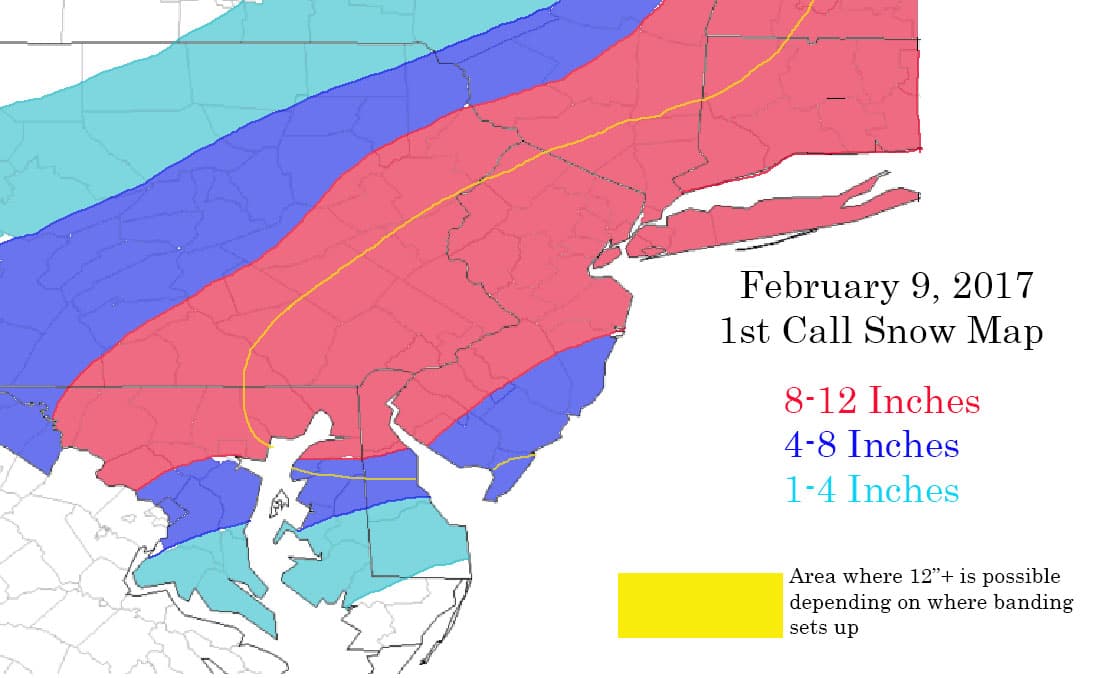 No, I do not. My 1st call snow map puts the region under a Mothrazilla with a large spread to general 8-12 inches of snow. This takes into account ratios. HOWEVER, I do believe there will be an area of Godzilla snowfall totals somewhere within the GOLD box. This is an area of uncertainty. I even include southern NJ in this box in the event the RGEM is correct and models trend this way. It's worth noting if the RGEM and southern models are correct, then the N&W areas will be taken out of the 8-12" zone. There remains quite a bit of uncertainty, but I feel fairly confident the region is looking at a significant snowstorm.

One last thing, start time seems to be between 2-4am with an end time between 5-7pm. It would not shock me if this was just a 10 to 12 hour duration event. There is not enough Atlantic blocking to slow the speed of the storm down. If 500mb closed off, then that would surely help. Obviously that would mean higher snowfall totals. There remains a small chance this can happen. Like I said, I am pretty sure the RGEM did it with just the PAC energy. Snowfall rates will be pretty incredible. Many 1-2"/hour bands with certain hours looking at 3-4"/hour. It will be quite surreal to witness.

I will issue a final call snow map tomorrow evening around the same time.

Thank you for the analysis.

cya in the chat later

cya in the chat later

I am already there!

Awesome, thanks Frank, looking fwd to the Chat!

Frank Great explanation as usual. The wait is almost over

Huge 0z runs tonight! SREFS leads off in about 30 minutes!!!

Am I doing this right? MAAADONE! (I am Italian...)

This will b surreal to witness. Will wind play any factor in the stronger senarios?

maddone is right and yes mikey you are saying that right

Madonne or even better, Minkia!!!

Here is what Minkia means..

Man, if they verifies, it puts me in a good foot easy!

If you grew up in a family with Italian roots, you've heard far worse I am sure

Awesome post Frank, check out the Omega signature of the NYC metro.... 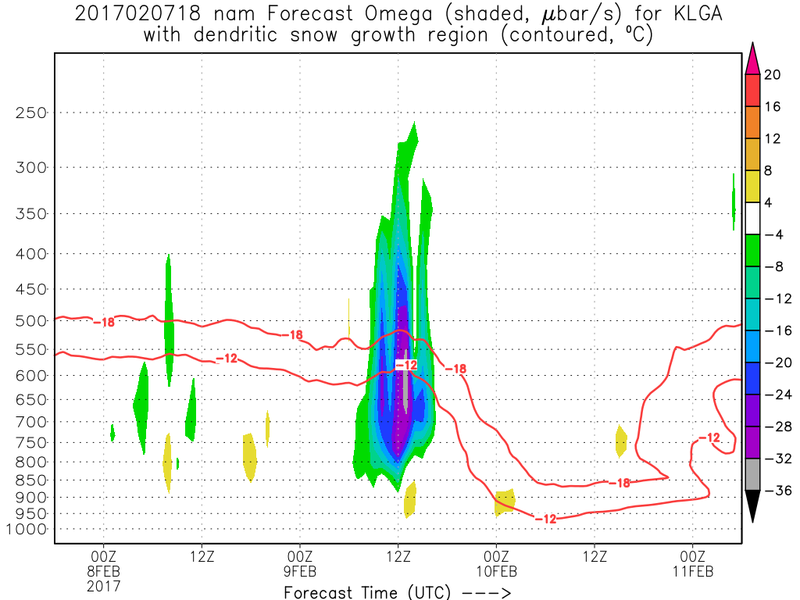 Deep layer extending down towards 850mb, despite lower ratios, this will transpire hefty snow rates for a solid 4-6 hour period if all goes well. 18z GFS has more interaction between the polar disturbance compared to other models, which underlines your statement about filling in more of a shield.

lmao. now I know. and knowing is half the battle.

I believe you violated one of your own rules, time out for you... : )