Models are hinting we may see our first snow of the season this weekend or early next week. This falls in line with the time range I felt our pattern will change to colder than normal. For the possible storm on the 9th, the PNA and EPO will be in our favor but the GFS is not showing a phase with our northern and southern jets. No phase means a very sloppy storm bringing a cold rain or mix to the coast with some inland snow, while a phase could mean a significant winter storm for the area.

Euro says you're on crack GFS but the GEFS agree so the GSF is an outlier so far even though it showed this in the LR last week.

Eye candy for sure 12 Z euro

My friend from work mentioned that news 12 already talking bout this. They must be going by the Euro cuz they said Thurs/Fri and frank say Sat. Please keep us posted we have plans to go to NJ Sat, would prefer during week of course, oh wait I have the 8th off already.

Nuts its Thursday Friday true GEFS are on board Snow in dem hills for sure, coast and LI and SNJ not so sure but I 80 N looks more likely for some white gold action

Wintertime complexities then begin to emerge in the forecast for
Thursday and Friday. The GFS brings in a strong cold front, while
the ECMWF and GEM develop a much stronger system along the frontal
boundary. WPC continues to weight their forecast towards the
ECMWF/GEM solution, and we will do the same. That doesn`t however
remove the uncertainty. As a result, probabilities were capped at 50
percent. If the scenario of the ECMWF does materialize, the exact
track of the low then becomes an issue as well. The current progged
track would put ern and srn areas primarily in the rain, with a snow
threat north and west. The system will have a sufficient amount of
cold air to work with however, so sely changes in track would bring
some snow to other portions of the area. The forecast therefore
indicates a chance for rain or snow for all of the area except for
the ocean with this system. CONSALL was generally used for
temperatures through the period. The GFS solution would result in
some fairly light rain with the front, then perhaps a few flakes
behind it.
The weekend then looks dry and much below normal on Saturday, with
temperatures swinging up to perhaps near normal again briefly on
Sunday. Another wintry system may impact the area during the
beginning of next week.

So al sounds like Westchester won't see snow Friday? Is there a way we could see snow? Not surprising the 95 corridor in Nov. Doesn't see snow often though last year we saw 7 inches on the 17th. What did euro show last night? Cmc sure was eye candy yesterday but white plains 12.8 inches I'll believe it when I see it. 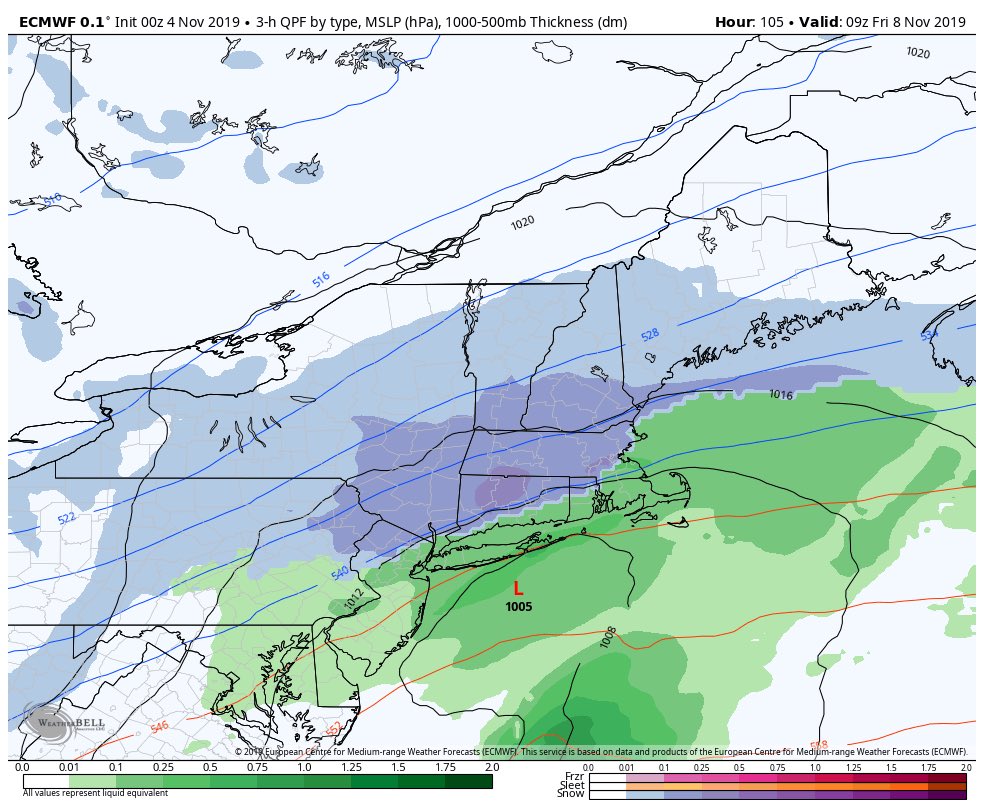 Gfs suppressed. Euro, north. A compromise between the two gives snow to the entire area. If the current euro holds, snow will be confined to far NW. 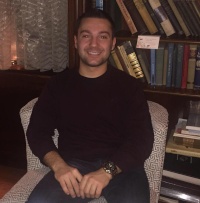 @aiannone wrote:Gfs suppressed. Euro, north. A compromise between the two gives snow to the entire area. If the current euro holds, snow will be confined to far NW.

Being that I am now in Albany, this Thursday has the chance to be my first glance at how the Capital District handles the snow.

It is looking pretty slopping on Friday. Other than portions of CNY and NEPA I don't think we'll see a widespread snow event.

The GFS shows a nice ridge spike in the west but look at how sheared out the 500mb energy is across the east. As mentioned, no phase means an unorganized system with warm mid-levels along the coast.

That being said, the storm system for next Tuesday looks entirely different. Check out how much more Atlantic blocking there is on the GFS (look at the reds over Greenland). And the ridging out west is more poleward. This is a great look, for that reason I increased odds on the SCI from 5 to 10%.

Just watched Bernie Rayno periscope.
Said storm should form over SE Kentucky/ Mid Tenn and move in an ENE direction.
Snows into NNJ coating to 1" and 3" plus for NWNJ, Western Passaic, Orange and up to Albany. Timing is crucial and GFS will come around to the Euro.
It will deepen as it head up towards NE. 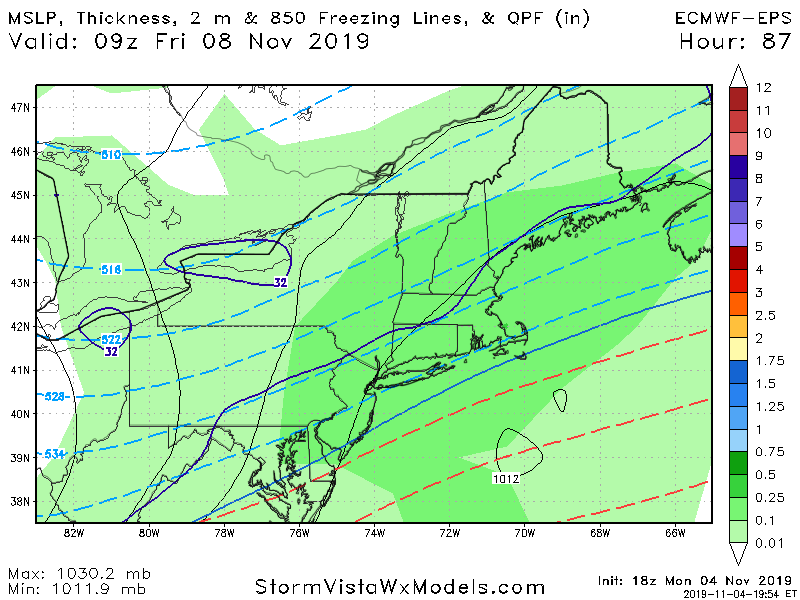 @Math23x7 wrote:Being that I am now in Albany, this Thursday has the chance to be my first glance at how the Capital District handles the snow.

Well, the models tonight have trended far enough NW to give me rain here in Albany, lowering my chances of snow for later this week. We'll see what the scenario is like for early next week as we get closer.

NWS mentioning snow/rain mix Thursday night with .5 inch.Will be nice to see the first flakes.It's overdue up here, usually get flurries in October.

BOOM, next tuesday Euro with godzilla for some!! I find that hard to believe and it really winds up and gives NE and maine 2-3 ft! If it can get going earlier we could really be looking at quite a storm, 12z run.....WOW, with that ratio Frank doesnt like NYC area sees 16 inches ha! 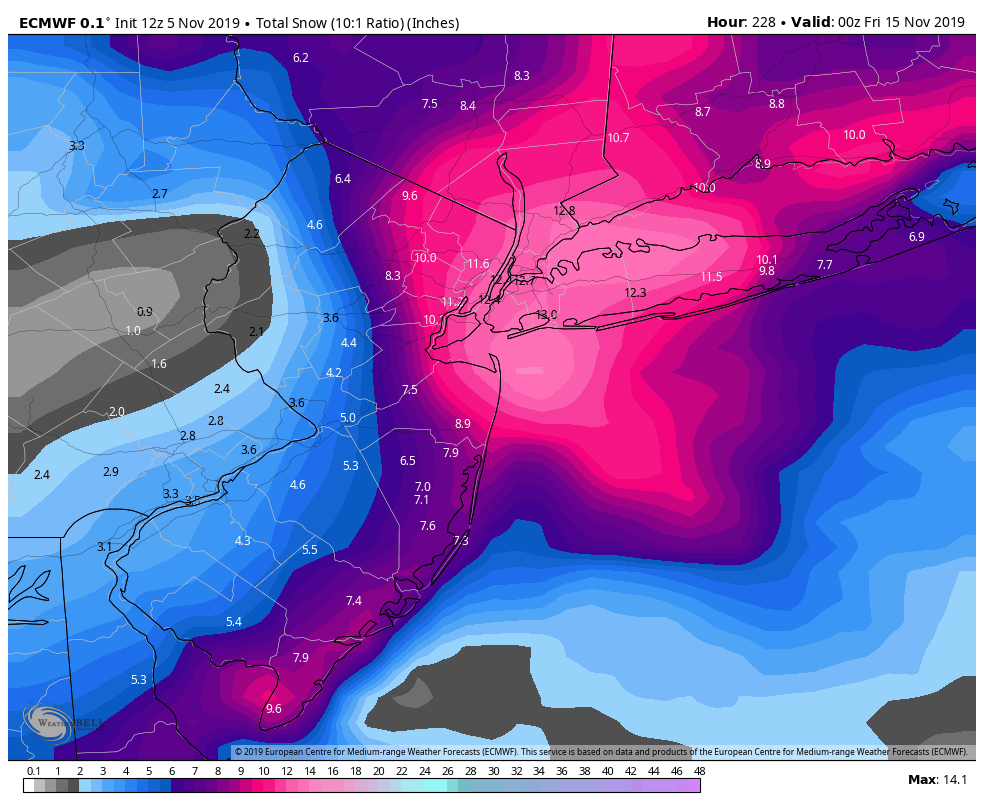 I’m glad to see it’s getting colder And we are not that far from winter please don’t hate me for saying this but I don’t wanted to snow next week. One reason because we still have a lot of leaves on the trees And number two every time it snows early Our winter is crappie 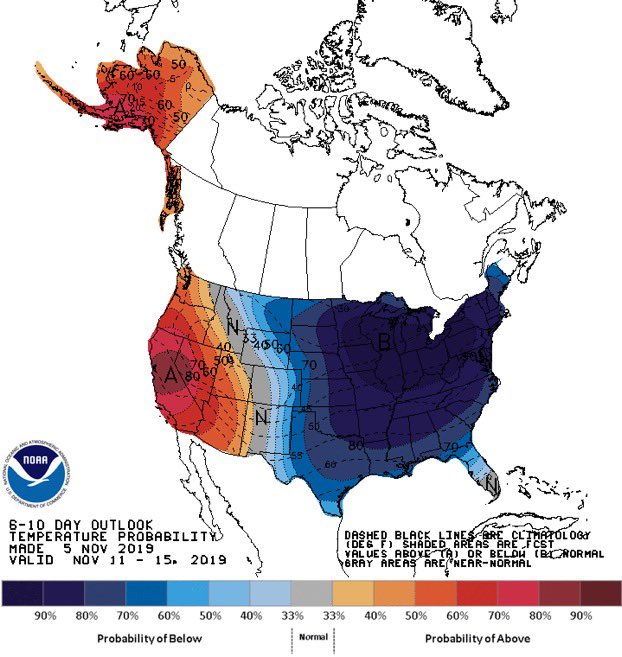 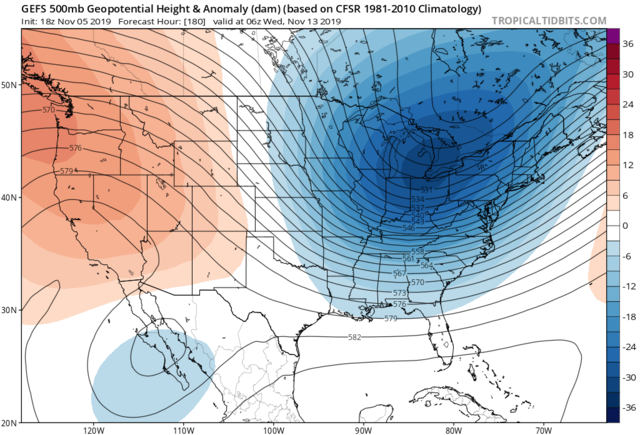 ANY STORM FORM UNDER THIS BLOCK ITS STUCK AND CUT OFF - THAT IS ONE SICK LOOK HERE
N EPO, POS PNA, N AO AND NAO DEEP TROUGH - COULD BE A RECORD SET UP FOR NOVEMBER
1 WEEK OUT I KNOW 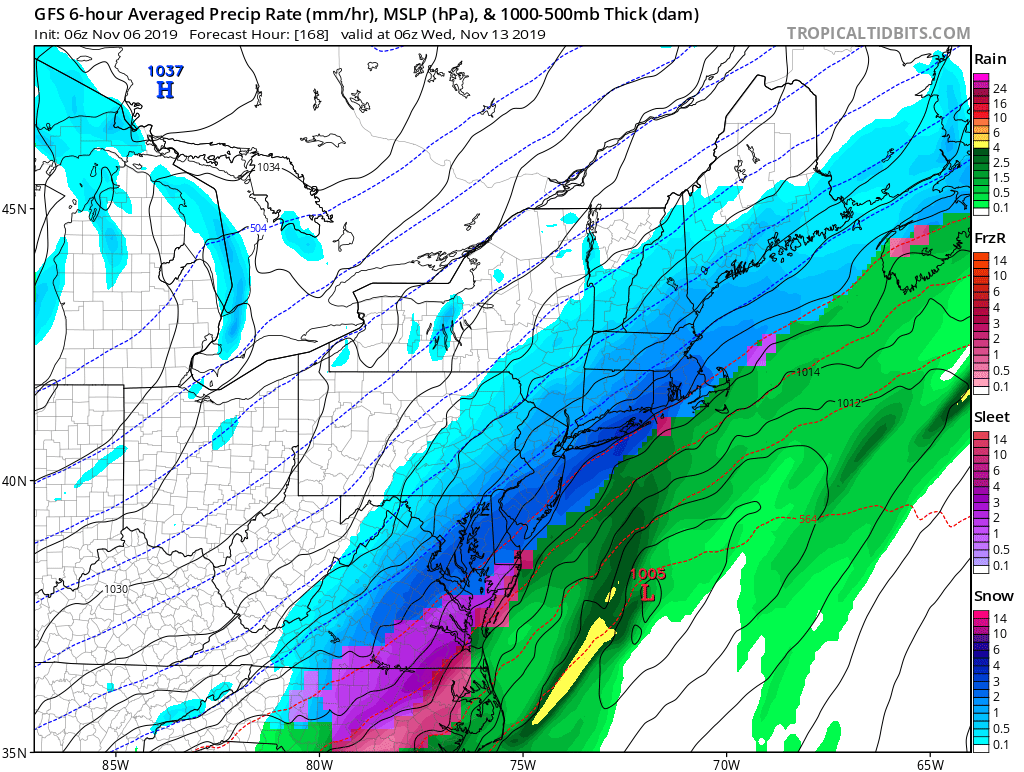 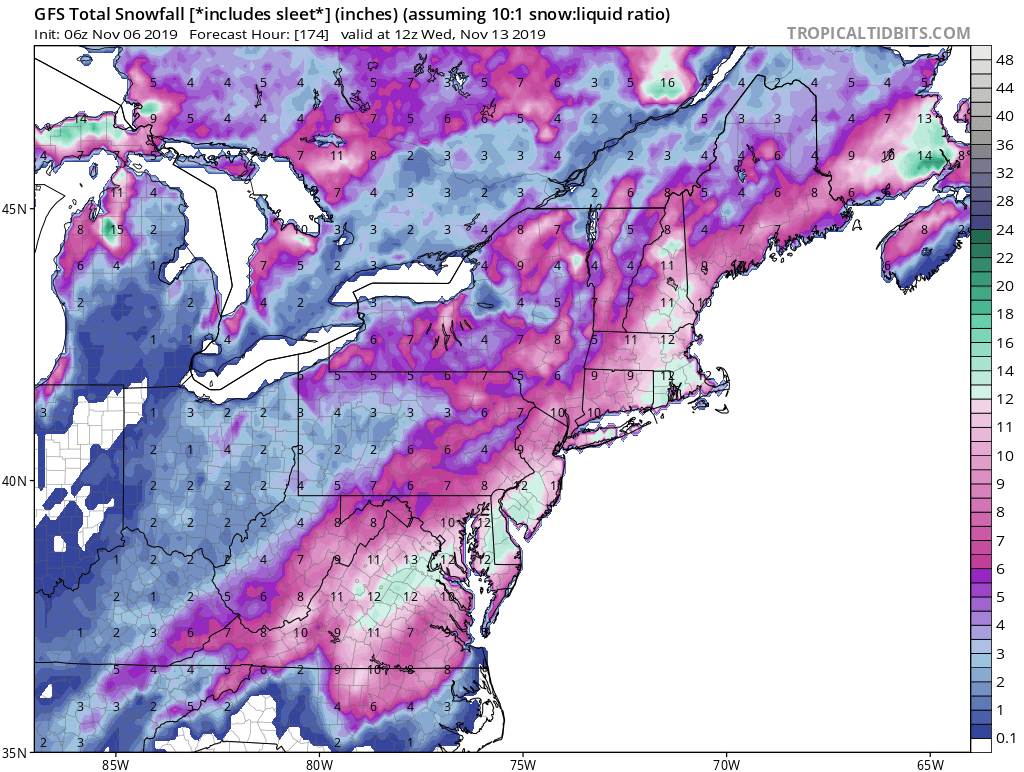 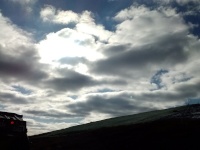 Oh boy gfs is now on board with cmc and euro for next Tues. Still 7 days out but liking we have snow to track. It is a big concern to see double digit snow with leaves still on some trees luckily all these winds have taken most down.

just saw 00z euro ,i t was close but not much of a storm compared to gfs and cmc. I do not think we will know much until the end of the weekend.

@jmanley32 wrote:Oh boy gfs is now on board with cmc and euro for next Tues. Still 7 days out but liking we have snow to track. It is a big concern to see double digit snow with leaves still on some trees luckily all these winds have taken most down.

just saw 00z euro ,i t was close but not much of a storm compared to gfs and cmc.  I do not think we will know much until the end of the weekend.

Jman, good point on the leaves.
Up by me in the LHV, 90% of the leaves are down, but in mid Bergen County NJ, 60 or 70% of the trees still have leaves.That early october snowstorm we had 5 or 6 years ago resulted in widespread breaking of tree limbs everywhere aas a result of heavy,wet snow clinging to the remaining leaves.Another reason I don't like early heavy snow in October and November.I would prefer this possible snow next week to be in mid December.