It's snowing moderately here just after I finished the cars and can't move. F me.

jmanley32 wrote:It's snowing moderately here just after I finished the cars and can't move. F me.

Nice all snow shower.  Gonna get an extra inch.

Saw Cantore had to go inland cause Beantown had mixing issues. He was on camera doing pushups with his feet on a guardrail. What a tool. Seeing best snow of the day right now, was a sleetfest turning to icy rain most of the day.

aiannone wrote:NAM additional snow through tmw night. 8.7" on top of what i already have and the NAM has nailed the storm up here so far 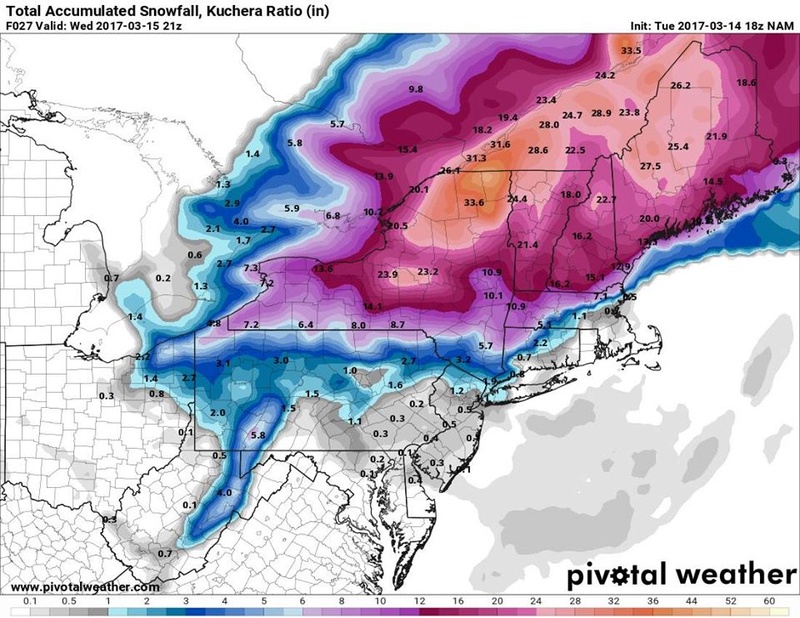 Honestly, congrats man. What a storm out there. That deformation band is just nuts. Apparently
Ohio, NY just got 11" in TWO HOURS.

Mix of sun and clouds along the coast in Bradley Beach. Wind still whipping and waves are still aggressive. Even without the snow, this was a vicious wind and rain storm here. 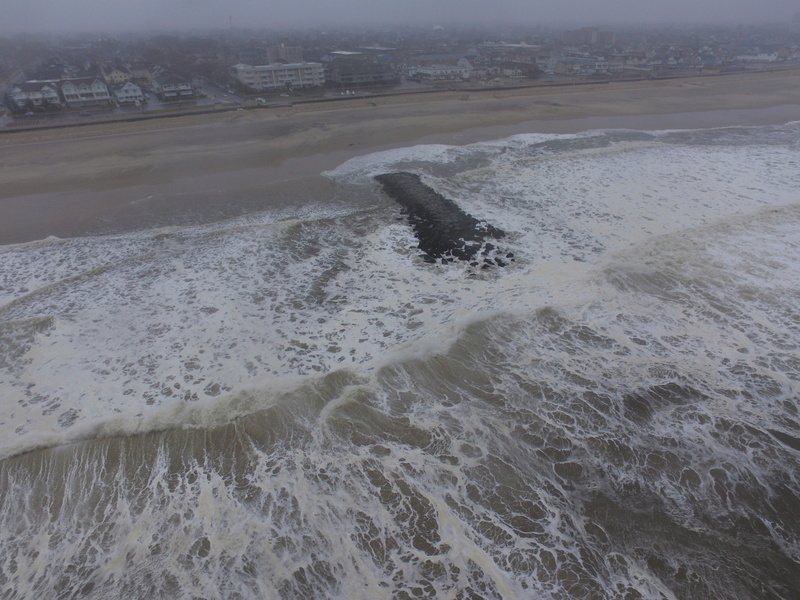 crippo84 wrote:Haha...it's now snowing in Mahattan. Talk about pie to the face.

And it will be like it never happened, because whatever falls now The Conservancy will not add to the daily 7.2 inch total.

So much for the model that had them with 44 inches yesterday, I think they got 4.4. I Think it was the HRRR, boy did that model bomb big time.

I shouldn't complain but of course I will. If the storm was 50 Miles further east I get 30-40 inches in the HV. A good storm could have been a Top 5.

Still the totals in Orange County are 18-26 inches. Stupid to complain.

Ef this Efin storm that now has to end in a 15 minute snowshower to give us the finger on the way out.

Any student I ever get again in my class with the name Stella fails. The name is banned from my house as well.

28* windy and lightly snowing. Had to wait all day but atleast I got to see some snow fall.

Mother Nature works for God, not the
Climate Change Bunch.

syosnow94 wrote:Ef this Efin storm that now has to end in a 15 minute snowshower to give us the finger on the way out.

Any student I ever get again in my class with the name Stella fails.  The name is banned from my house as well.

This made me laugh out loud.

How we looking for next weekend?

Rain for this upcoming weekend with misinformation line forming South of the Driscoll Bridge in NJ. This will allow for warm air off the Raritan River to keep any precip in form of Rain therefore ending winter. Possible RainZilla right @ the 500 mb but will keep ya posted as weather as we know it changes continously!

hurrysundown23 wrote:Rain for this upcoming weekend with misinformation line forming South of the Driscoll Bridge in NJ.  This will allow for warm air off the Raritan River to keep any precip in form of Rain therefore ending winter.  Possible RainZilla right @ the 500 mb but will keep ya posted as weather as we know it changes continously!

So after dinner I did the deck. Beastly to get a path cleared for the dog to have room to go out. It was snowing lightly and deck totals were higher. I would say I can go up from 23 to 26. I guess the driveway snow was blown around s bit. I can't move I am so tired. Kids have off again tomorrow. Oh no. Cabin fever! Time for some beers. I hope everyone made out. Welcome to all new members and posters. We got it going on llive here.

A band of very heavy snow, with snowfall rates of 1 to 3 inches
per hour and locally higher, continues to hammer Central New York
and the northern tier of Pennsylvania, mainly near and east of
the Interstate 81 corridor. This band is likely to move little
through 10 pm, with a slow weakening trend anticipated between 10
pm and 2 am. Additional snowfall of 3 to 6 inches is expected in
many places through 2 am, with locally up to 8 inches.

As of 6 pm, widespread storm totals of 15 to 30 inches have been
observed, with localized totals in the 30 to 35 inch range. At the
National Weather Service office near the Binghamton Regional
Airport, a storm total of 26.4" was measured as of 6 pm. This
eclipses the previous 24-hour snowfall record of 23.0", which was
set in 1961. Obviously, this total will go higher this evening.

Later tonight, although snow is expected to continue, it will
turn lighter in intensity. However, it needs to be emphasized that
as the snow tapers down later tonight, winds are likely to
increase, with gusts of 30 to 40 mph becoming more common. This
will lead to substantial blowing and drifting, which will
seriously hamper efforts to clear roadways.

Travel is highly discouraged, except in cases of emergency.
Driving conditions are very difficult, at best, and completely
impassable, at worst. Little, if any improvement is expected in
travel conditions overnight and early Wednesday, with increased
drifting.

Well, fun storm to watch evolve, but results were obviously disappointing. As a met student, it was awesome to watch it all evolve and learn from! Received about 9.2" including that with sleet. Heaviest crap i've ever had to shovel! Anyway, at least i got to witness the heaviest rates with the biggest plate sized aggregates i've ever seen together, come down. Extraordinary! Time to relax now. Fun tracking with ya guys! 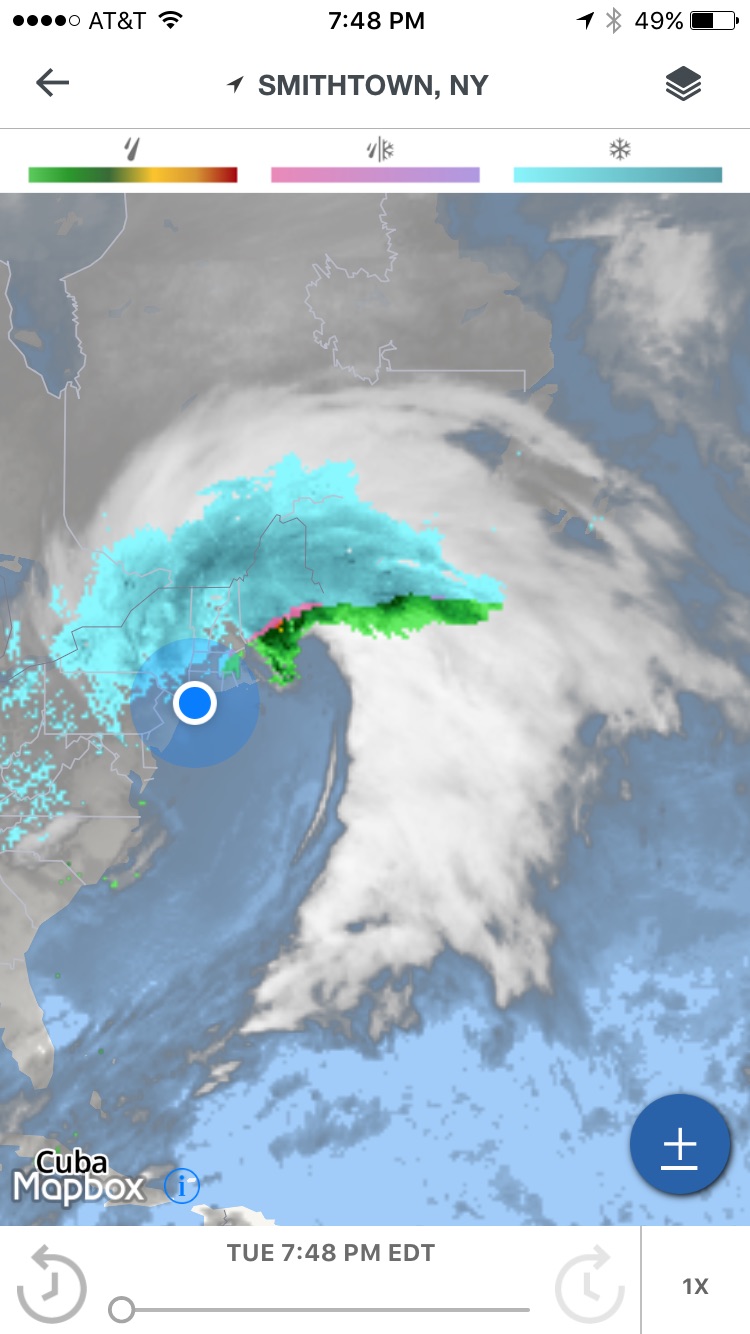 That storm was a monster but it was just too close to the coast for many to cash in with big snows. I got 19 here in Hyde Park so I'm happy but the big winners are in central NYS with over 30 and still snowing.

As bad as this non blizzard was for me(its probably the biggest weather disappointment of my life) i still managed to get as much snow as Red Sox Suck.

Ended up with about 17", still snowing, everything will need to be cleared again tomorrow AM, had 2 hrs of blizzard conditions and numerous 35+ wind gusts all day long, if we hadn't tainted with sleet we woulda broke 20" easy...