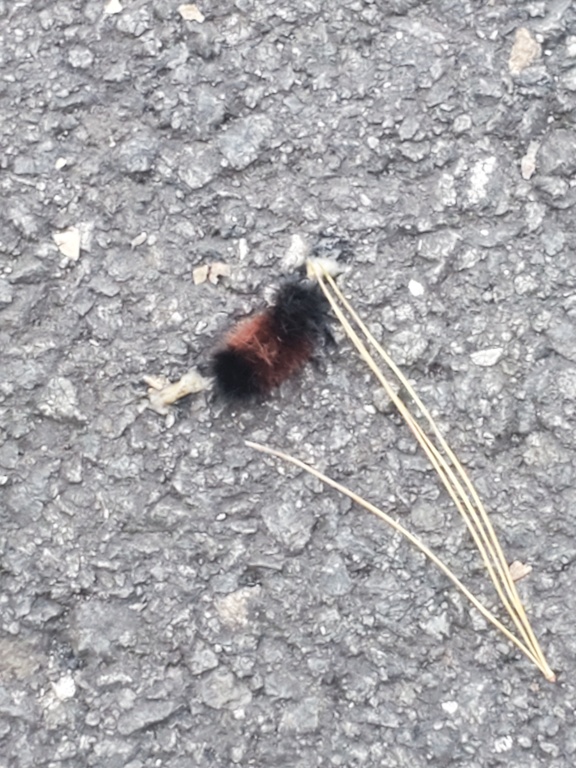 Last winter we were 16 inches below the average snowfall of 50, so hoping for more than 50 to get back to the average.Have a feeling it will be wet to make up for the dry summer, so if the temps cooperate, it could be above average snowfall.All from seat of the pants, non long range modeling.The upcoming pattern will make itself known soon. 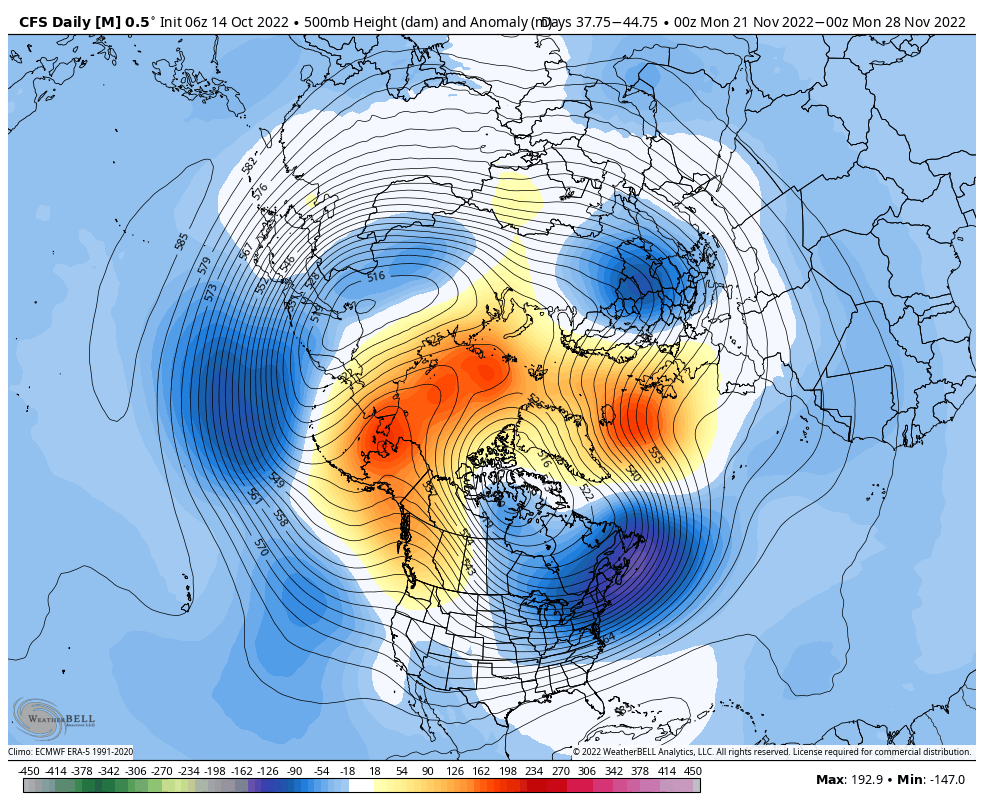 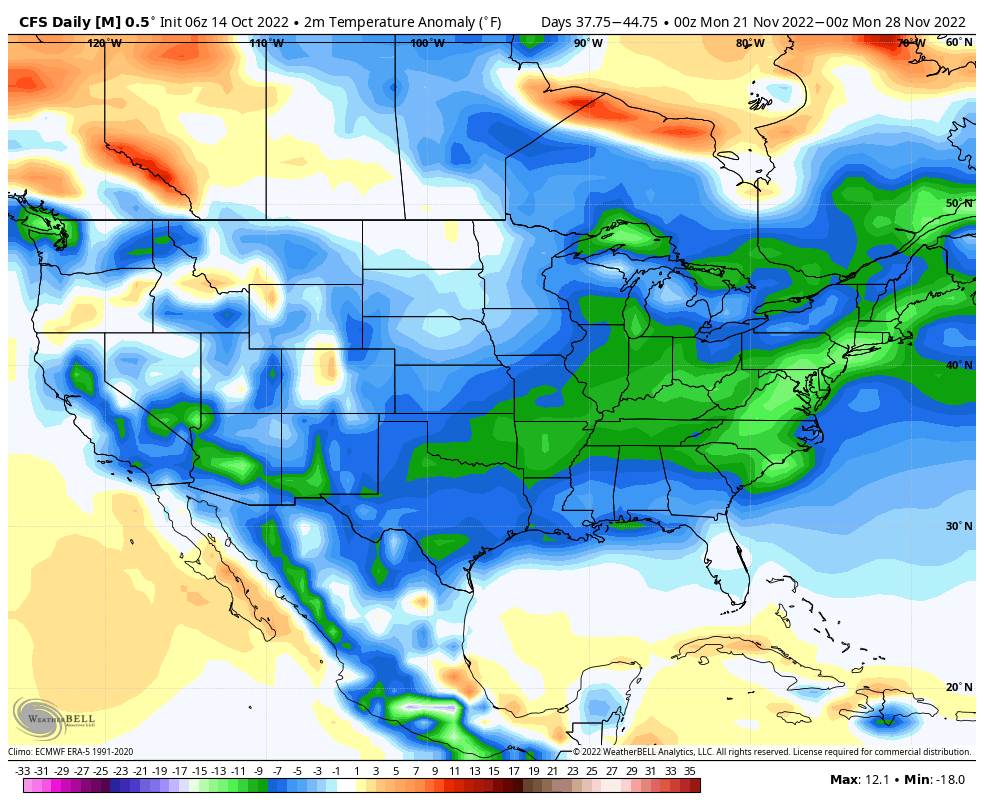 It'll change 100x between now and then LOL but fun to look at at this range & wish LOL!

This just came my way on a higher ed site. Here's the link: https://academicminute.org/2022/10/justin-hartnett-suny-oneonta-predicting-snowfall/

And a transcript if you don't want to head in that direction:

Justin Hartnett, an Assistant Professor of Geography and Environmental Sustainability at SUNY Oneonta, explores the differences in snowstorms to the lee of Lake Ontario. His research focuses on snowstorms in the Great Lakes and Northeast United States and how different snowstorms contribute to seasonal snowfall totals. He’s currently researching how variations in different snowstorms will impact future snowfall totals throughout the region. He teaches courses in physical geography, climatology, environmental science, and geospatial analysis.


The Great Lakes basin is one of the snowiest regions in North America. Snow has become an integral part of its natural and human environments. But as the global climate warms, how will snow respond?

To answer this question, we must first understand where the snow comes from. My research uses satellite imagery, radar, reanalysis, and ground observations to reconstruct snowstorms downwind of Lake Ontario. Over the past 30 years, there have been eleven different storm types to produce snow east of Lake Ontario including lake-effect snowstorms, Nor’easters, and clippers.

Why does this matter? Because snowfall contributions from these eleven storm types can exhibit considerable variability even within the Lake Ontario basin. Therefore, I needed to determine the relative contribution of each storm type to seasonal snowfall totals throughout the basin. Although there is this notion that lake-effect dominates snowfall totals east of Lake Ontario, I found a clear spatial dimension that has been overlooked. While most of the study area was dominated by lake-effect, there were locations where Nor’easters and Rocky lows contributed more to seasonal snowfall totals. Regardless, snowfall contributions from all eleven storm types varied across the study area.

Understanding where a location’s snowfall is derived from will help improve seasonal snowfall predictions both in the near future and as the climate changes. It is projected that the eleven storm types will respond differently to a warming climate. Therefore, even within a small region, two separate locations may see their snow trend in opposite directions.

Link to the write up and is excellently done:

Another Winter Forecast Video: He's a very good amatuer met whove I been folowing and become met freindly with since 2014

Look at the very warm blob off the Canadian West Coast in the NE PAC - that is NOT a Negative PDO to my eyes sorry. Like saying the economy is going well. 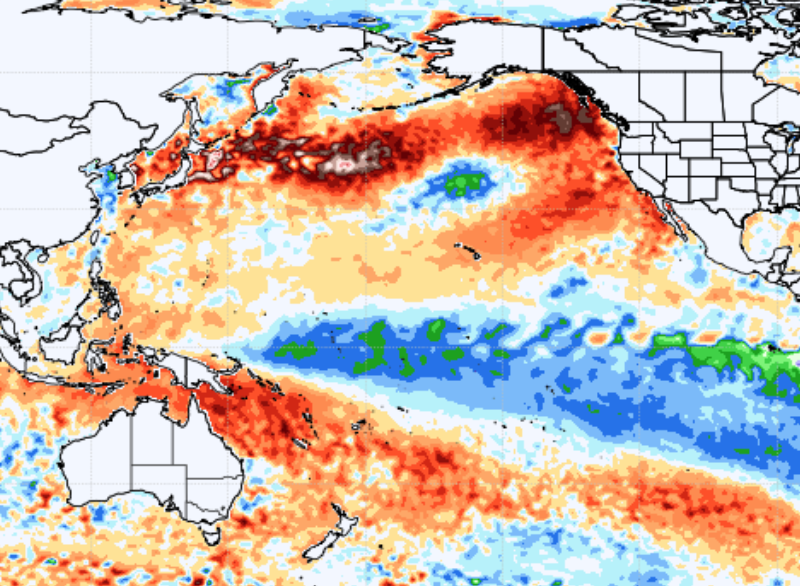 Inaccuweather forecasting colder but drier up here with below normal snowfall.

This says lots of blocking over Canada and Greenland. Could lead to if correct a fast, very fast start to winter if it comes to fruition. 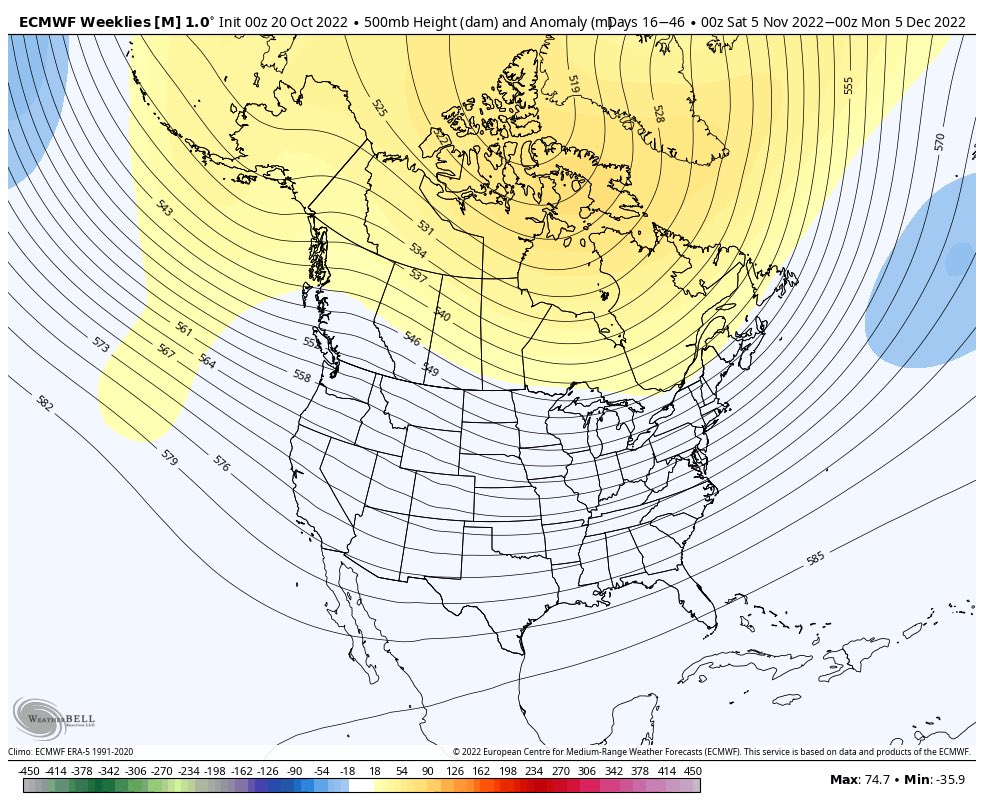 Signs of legit -NAO/+PNA pattern later in November courtesy of recent tropical forcing developments similar to past years 2020,2010 timing wise. A Nino like injection of +AAM and westeries in to tropics should force the atmosfére to compensate and weaken usual mid lat westeries. pic.twitter.com/xIDm5b2IBn

Thanks Al for starting the annual long range thread!

I had given an update at one point in August/early September about the impressive consistency of the current La Nina. 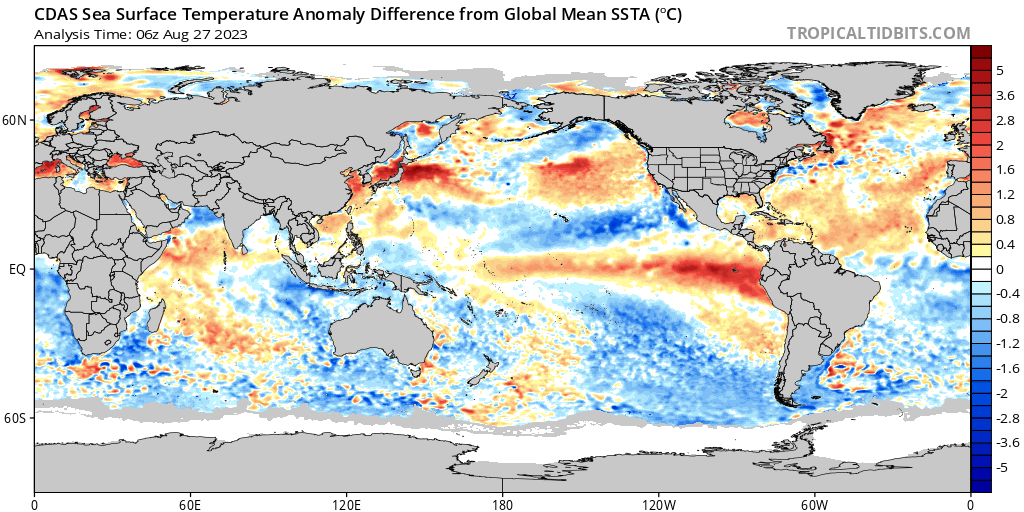 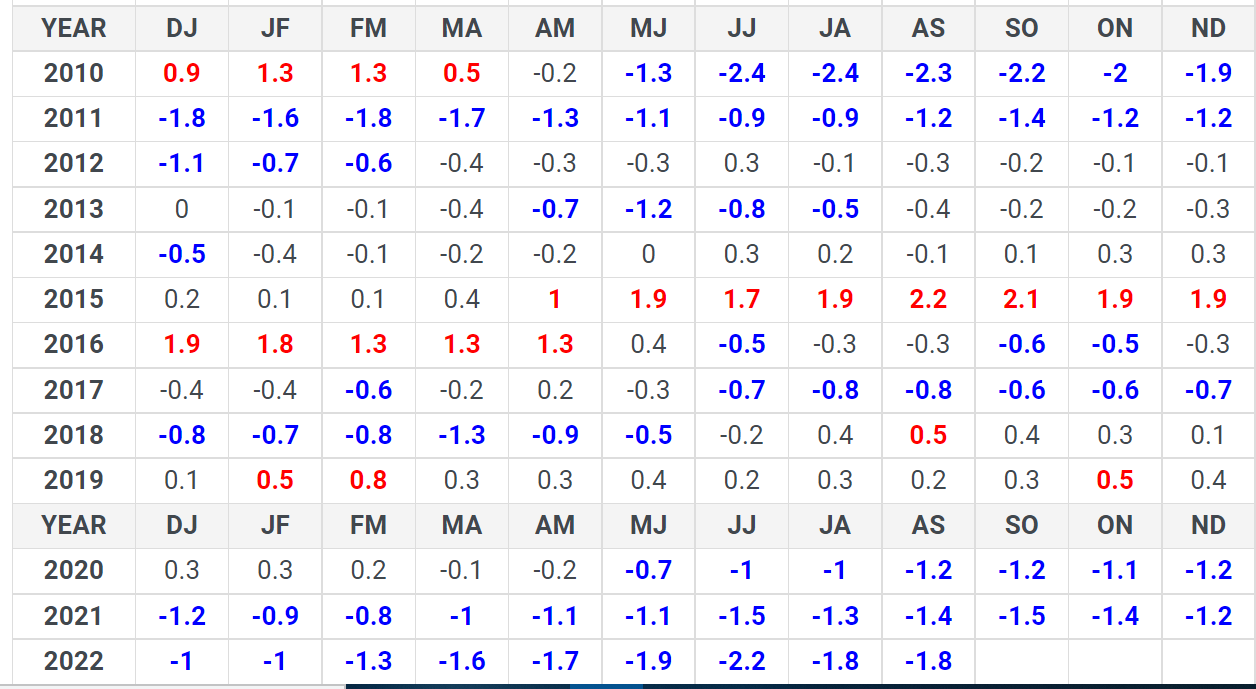 The MEI values since 2010 prove we have not seen moderate/strong La Nina status in the ENSO region for three consecutive winters. On October 13th, in their latest ENSO update, NOAA wrote "there is a 75% chance that La Nina will persist across the tropical pacific for the third winter in a row." 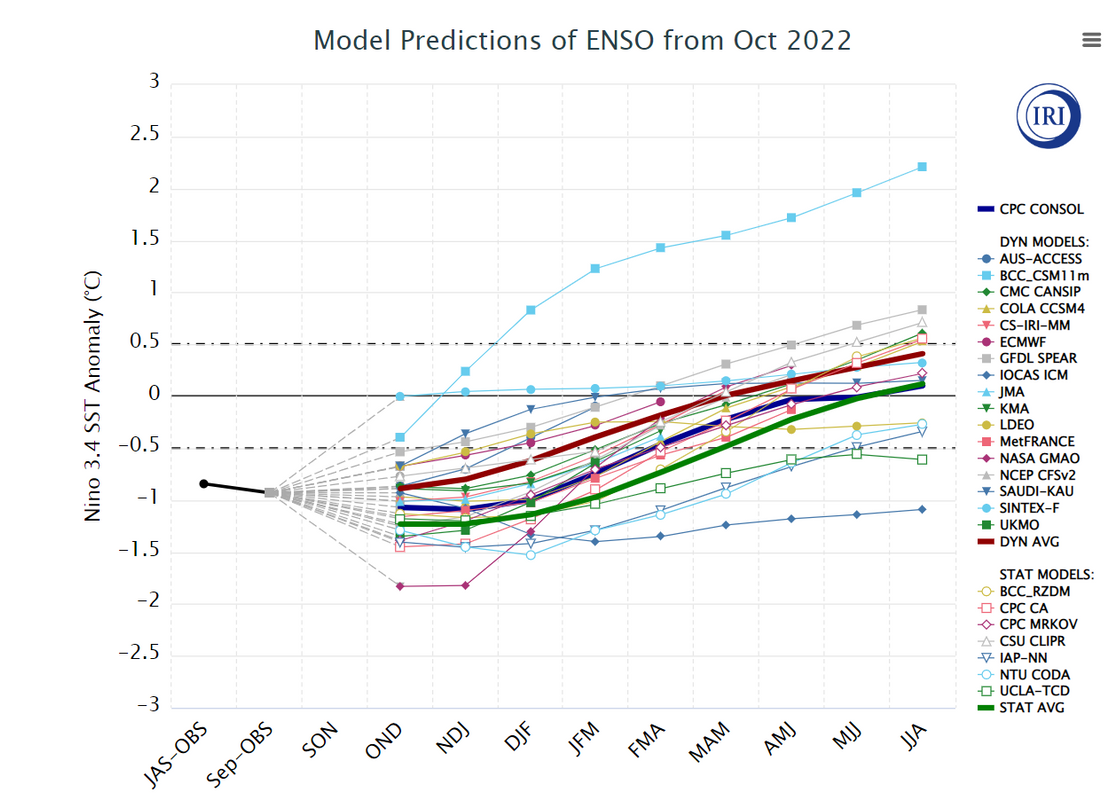 The statistical models show La Nina fading by late winter into spring. There's a good chance we'll be out of this cycle by Summer 2023. What does a moderately strong Nina mean for Winter '22-'23? Hard to say for sure, as there are a bunch of other factors to consider.

This if true would kick winter up a notch or two. 2nd half of November is when it looks to kick in. 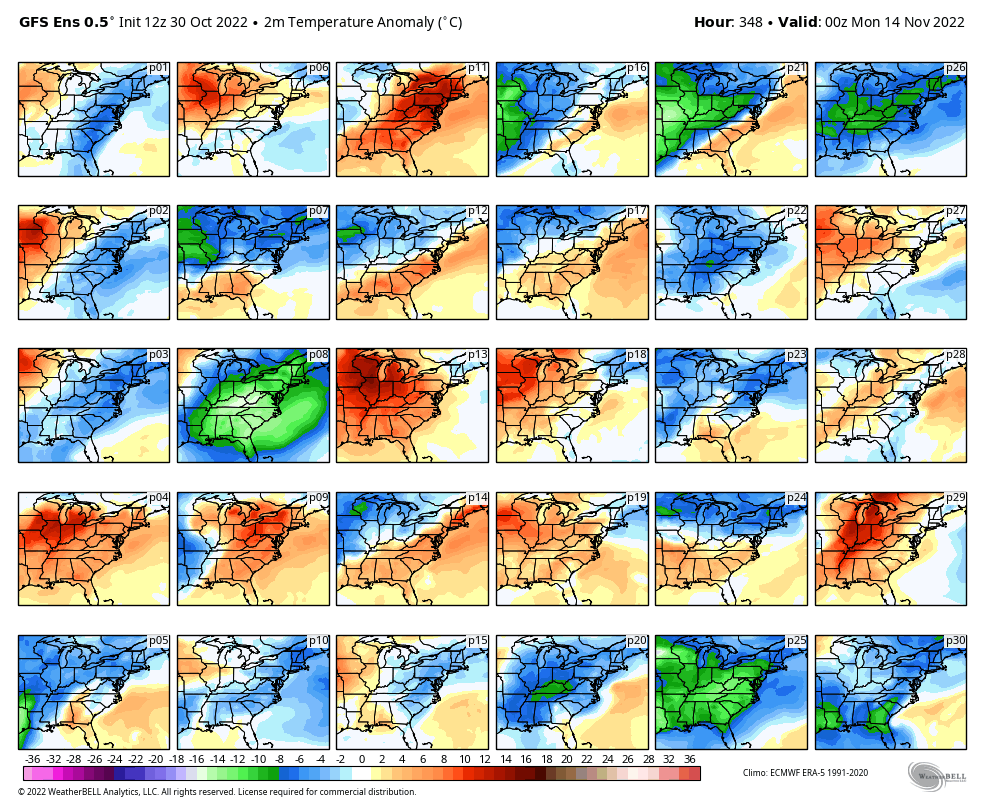 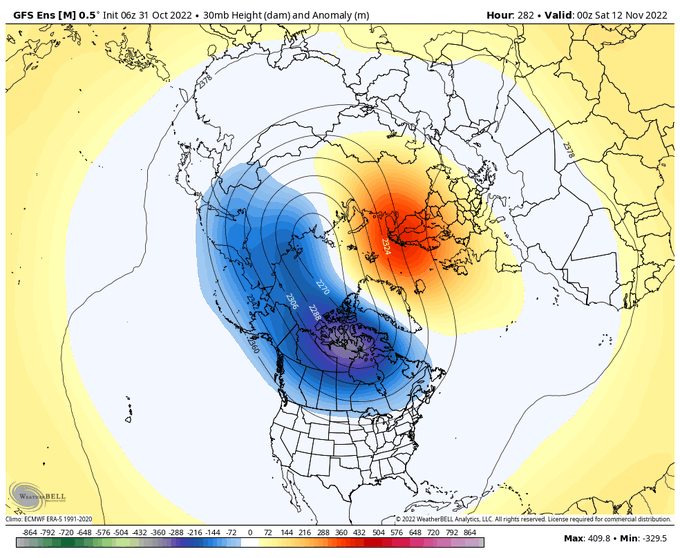 BAMWX
@bamwxcom
(1/3) The stretching the #PolarVortex could certainly make things interesting late November if Greenland blocking signals can verify. Would provide a nice pathway for cold air to dive into CONUS.

BAMWX
@bamwxcom
·
3h
Replying to
@bamwxcom
(2/3) The Pacific high is in place to dislodge cold, now we just need to get the NAO to cooperate. We like the signals for a flip to a Greenland high by late November which is supported by weekly data. 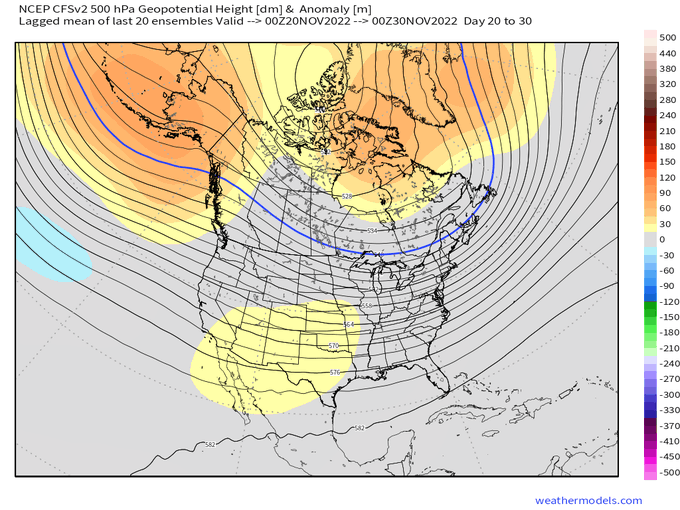 Well we start playing the Long Range game.  Long Range modeling for the last 7-10days of the month into next month are certainly encouraging, BUT the LR game can somtimes feel something like this.

The perfect pattern is right around that corner.  We'll see.

Not liking this extended warm period at all.Hope we get the shift into the colder air mid month as indicators lean to.Day after day I see winter storm warnings and watches in Colorado, Wyoming, Utah Idaho and Montana.Hope thats not a hint of a long range pattern.

docstox12 wrote:Not liking this extended warm period at all.Hope we get the shift into the colder air mid month as indicators lean to.Day after day I see winter storm warnings and watches in Colorado, Wyoming, Utah Idaho and Montana.Hope thats not a hint of a long range pattern.

I must say, I have been loving the warmer temps. It's been nice for cleaning up the yard and leaves in short sleeves. It can get cold when I'm done in a few weeks!

The incoming -EPO conts to hold strong on both the EPS and GEFS forecasts.

You can see on the graph above the EPO goes strongly negative in only a couple of days and seems to remain there for at least the next 3weeks.  What this means is that an upper level ridge is building into the Alaska region and surrounding area, which will send the northern branch of jet stream on a detour into the arctic region which will begin to push the cold arctic and polar air masses south.  Initially it will discharge an arctic blast south into the western third of North America, because the Western Atlantic Ridge(WAR) is currently flexing its muscles pumping the deep subtropical warm air mass into the eastern half-two thirds of NA. 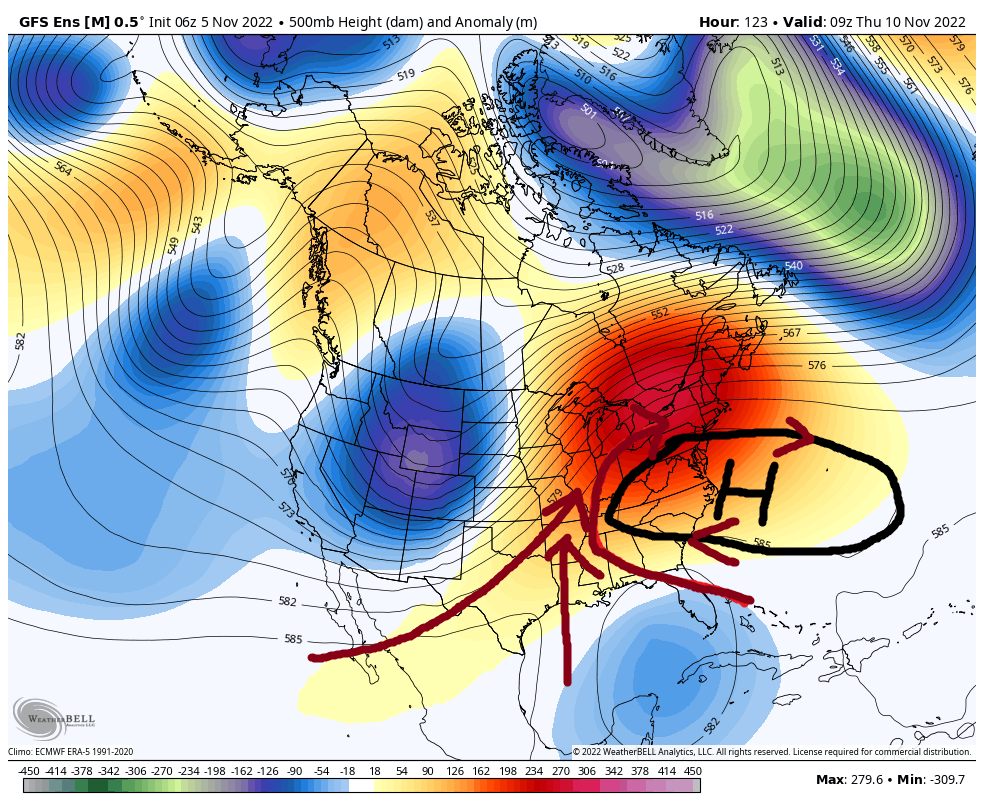 BUT the persistent -EPO is going to continue to pour the polar and arctic air southward, and like a bucket of water on a fire it  should eventually put out the warmth of the WAR.  The cold is going to start to push on that WAR and begin to bleed eastward with time such that by mid month it appears that North America as a whole will be in a cold/cooler than normal temperature regime.  Both the EPS and GEFS are in fairly good agreement on this. 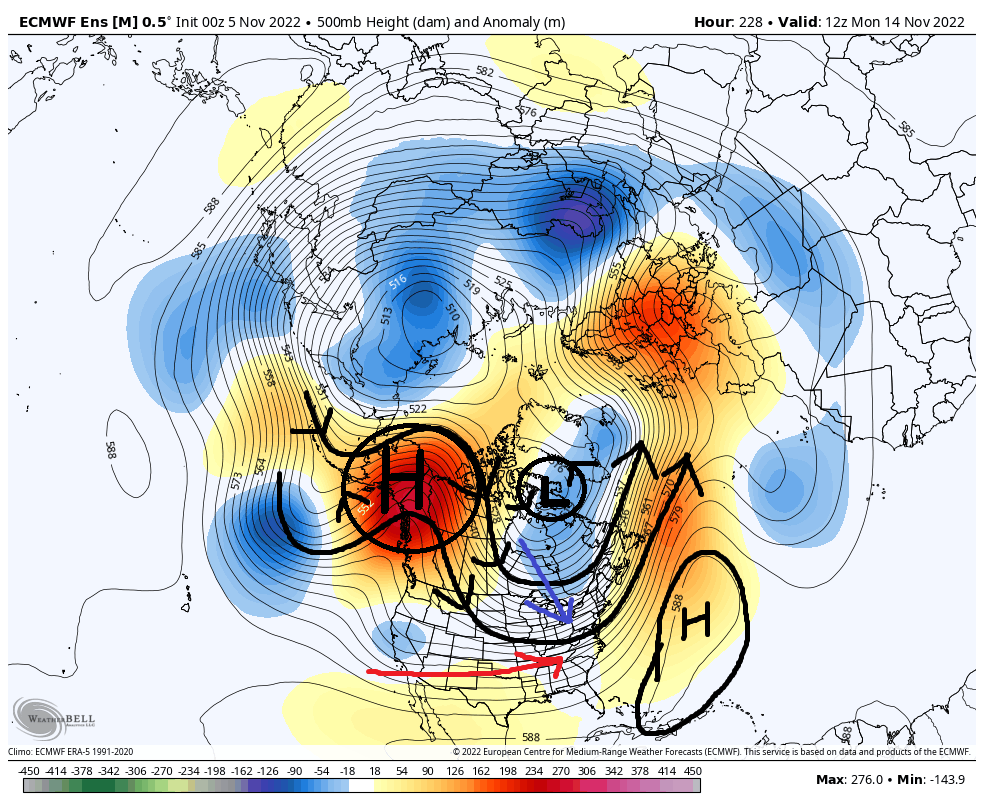 There is definitely support to this outcome as indicated by the MJO forecast, AND as Mugsy mentioned, the SOI index which has crashed for the past 3-4days or so, which when in a La Nina base state, when you get a 5-7days SOI crash it tends to be the "cattle prod" to the atmosphere(phrase coined by JB) such that changes are amis.

I personally cont to hold onto a few grains of skepticism.  Will this be sustained?  Will it be temporary?  I'll remain objective and say let's get into the pattern change first before we look beyond mid month.  BUT I will say this sustained or not our members who reside N&W, off the coastal plain have great chance at measurable snow by mid month.  And coastal plain has a chance to see flakes as well if this pattern change is for real.  We'll see.  Enjoy the 70's this weekend because it looks like we wont see them again any time soon.

Hey Janet, better not say you are enjoying these warm temps too much, they will bring you in for an intervention for those warmacist statements,LOL.

This researched informational tweet is so intriguing and optimistic. Many factors coming into play this winter season.

Here’s a composite of DJF temperatures over the US in winters following a November in which a sub-940mb low developed in the North Atlantic. #wxtwitter https://t.co/sLxClLpFmY pic.twitter.com/PtzuKxvd6K

Stratospheric Warming double whammy of wave 1 n 2 ?? Looks like it.
This could elongate as I showed in the other thread the PV elongation. 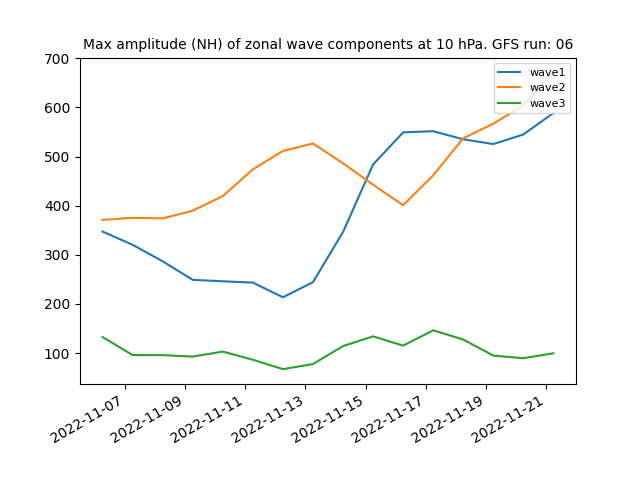