Good morning everyone.  Its about this time that we begin to look at the Siberian/Eurasian snow cover.  Between about now through the end of Oct/November, the snow growth rate and persistent snow cover in this area has been shown to have a relationship in determining the state of the Arctic Oscillation(AO) during the winter months.  The more rapid the snow growth rate and the expansiveness of the snow cover over Siberia/northern Eurasia during this time frame, the stronger the correlation with a negative AO during winter months seems to be.  As far as my understanding, the idea behind this is that a rapid expanse of snow cover over this extremely large region acts as a giant mirror if you will.  A white blanket of snow acts to reflect a large amount of sunlight back up into the atmosphere over the arctic.  On a smaller scale this reflective light is why its easy to get a sun burn on the ski slopes on a sunny day in the dead of winter.  This reflected sunlight back up into the atmosphere on such a large scale can influence the temperature and pressure patterns over the Arctic regions at various levels of the atmosphere.  A negative AO means the tendency is to form "blocking" domes of high pressure in the northern latitudes, particularly over the arctic circle, which tends to favor the discharge of cold arctic air masses into the southern latitudes.

Keep in mind Siberian/Eurasian snow cover during the fall is only one piece to the complex puzzle that comes together to determine the winter pattern over the short and longer term.  In addition the exact relationship of the snow cover and the AO state is still not fully understood.  Other oscillations(QBO, NAO, EPO, PNA to name a few), large scale sea surface temp patterns, and stratospheric temps, etc all come together to determine the final outcome of the pattern.  Within any given year these varying factors all may play larger or smaller roles in determining the outcome.

Anyway here is the current snow cover anomalies for the northern hemisphere with purple colors above normal snow fall for this time of year, red below and white normal. 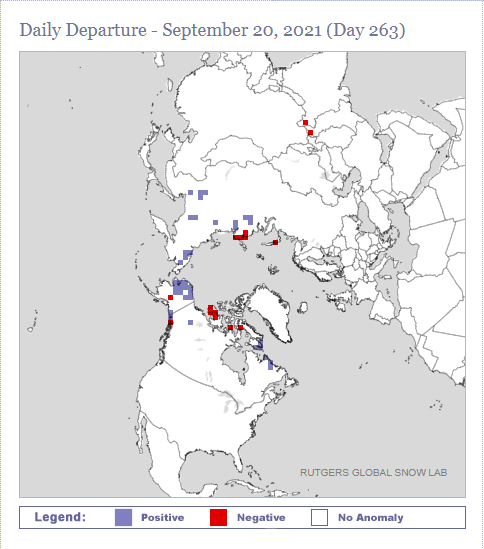 Weak La Nina with a N QBO would mean High Latitude Blocking in more favorable regions of the arctic like Aleutian Ridge and Greenland. 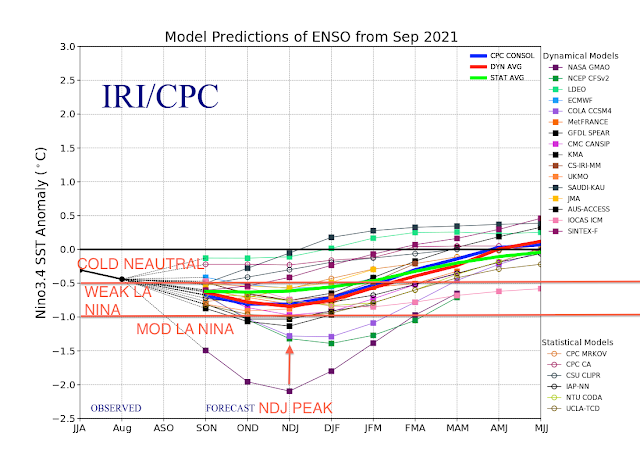 Possible winter set up at 500 MB 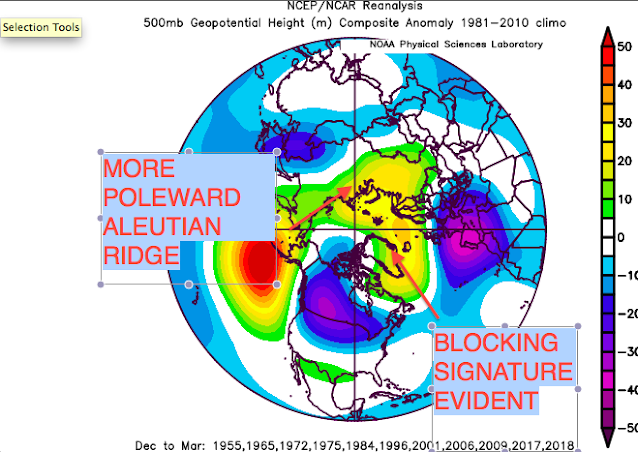 Ecmwf hinting at early season stratospheric warming,perhaps "Canadian Warming" event. Here is study - Labitzke https://t.co/zjEksTT8sK with the table of early season warmings by QBO phases,they used to be common,but they are rare these days, years 1976 and 1981 of interest

LOL, I would wear that if we all could get a 100 inch snowfall winter!

If this happens DOC u may be buying that LOL!

The forecast 10 hPa winds are near the *10th percentile* of the model climate in early November.

@amugs wrote:If this happens DOC u may be buying that LOL!

The forecast 10 hPa winds are near the *10th percentile* of the model climate in early November.

We learned two winter's ago - when a whopping 4" of snow fell in Central Park - how critical it is to achieve a SSWE in the winter. In that winter, the MJO was relentlessly active in the warmest phases in part due to the QBO. The Strat PV was very strong that winter. I remember in November 2019 we thought we were headed to an early SSWE, but mean zonal winds never reversed and once we got into the 2nd week of December the SPV strengthened and NEVER looked back. 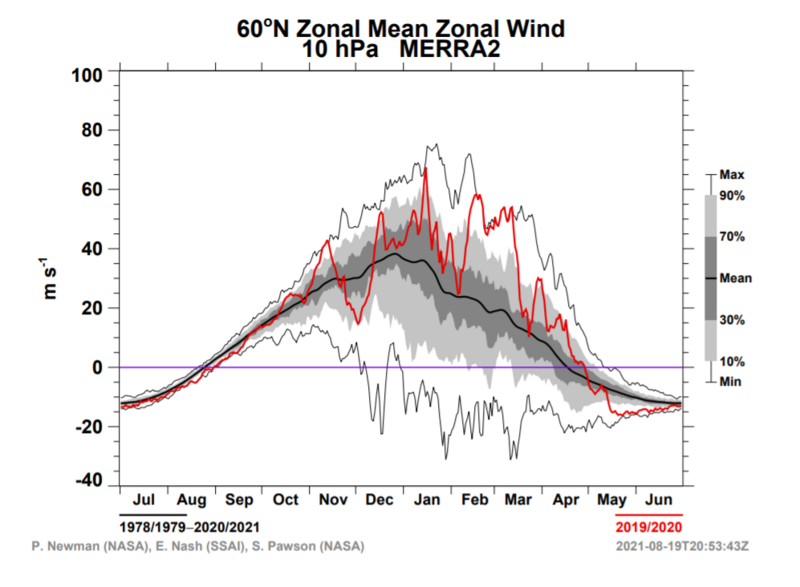 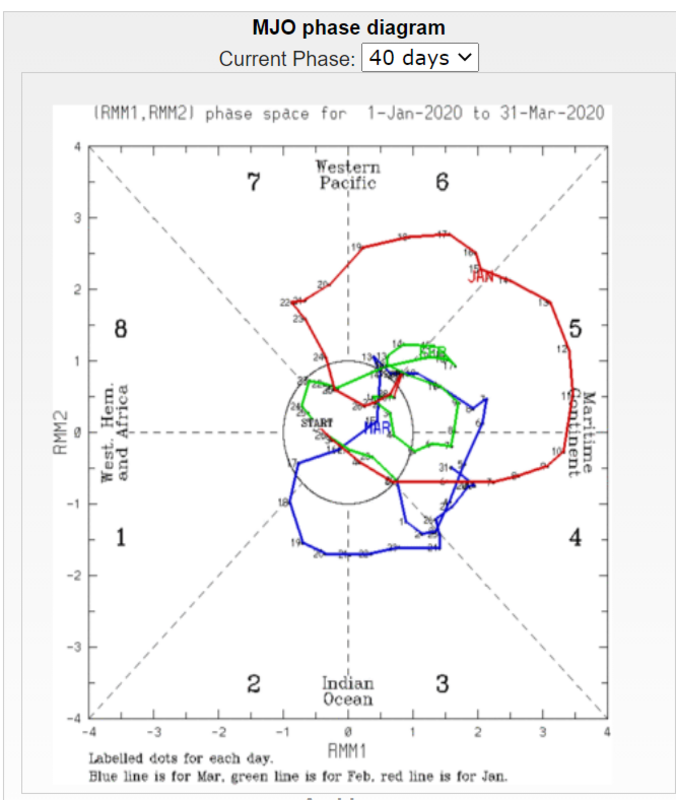 Meanwhile, last year's SSWE played out pretty textbook. Soon after the SSWE we saw continuous blocking in the northern Atlantic. Before then, it was awhile before we saw a true -NAO. 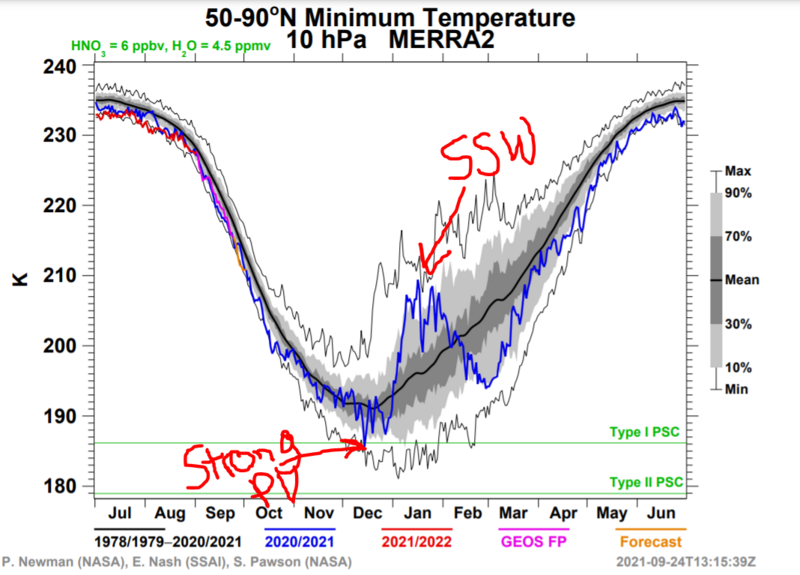 Pacific SSTA's have the look of weak to perhaps moderate La Nina to deal with this winter. I personally always prefer weak to moderate El Nino's, but there's a chance the Nina continues to weaken and ultimately ENSO plays a small factor in this season's pattern. 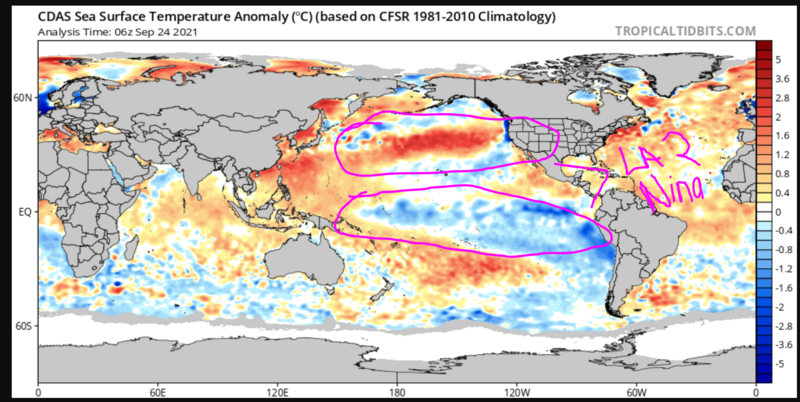 The PDO has been in a negative state going back 12 months. I would like to see a reversal of the PDO to positive this winter. That would likely keep the EPO negative and promote high latitude blocking in the northeast Pacific. 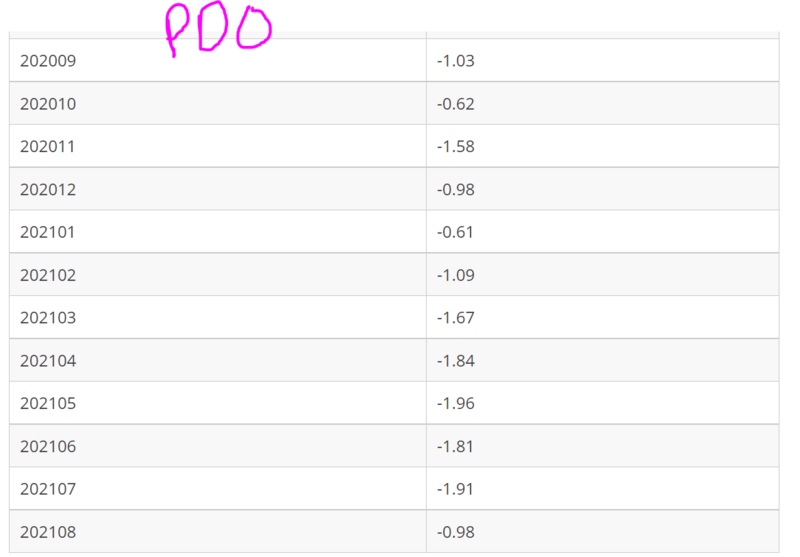 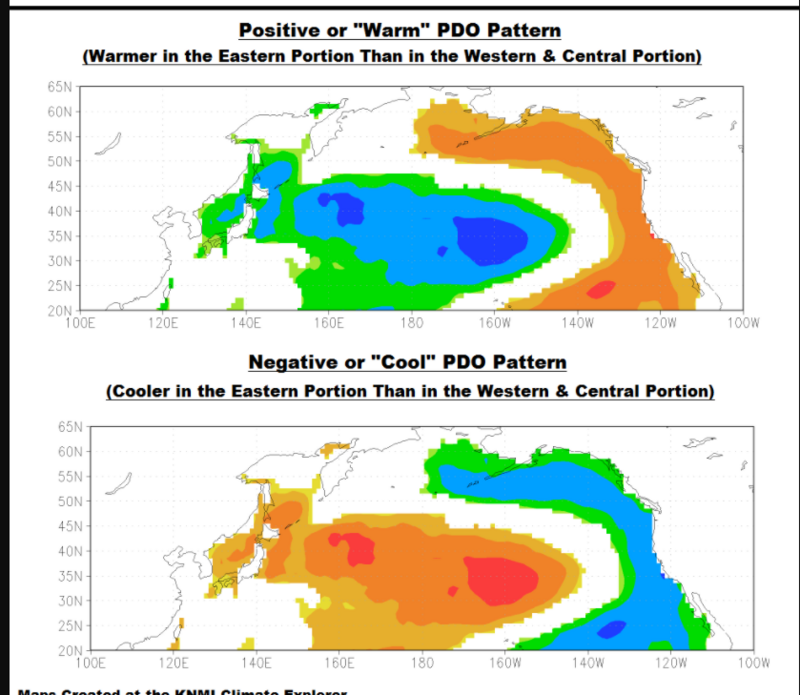 PV getting going by forecasts 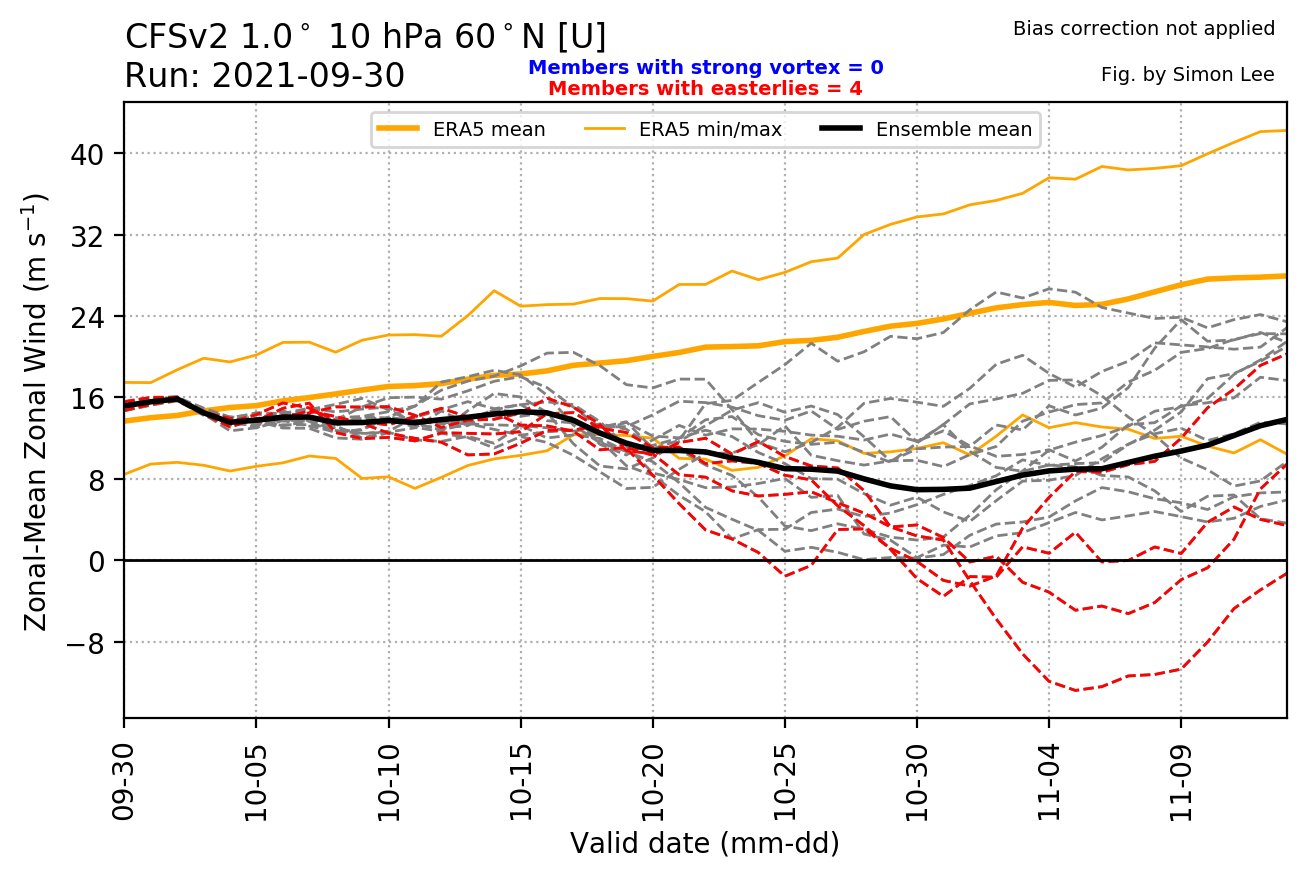 I hate to ask is this good or bad for us

@frank 638 wrote:I hate to ask is this good or bad for us

There’s never a guarantee that what happens way up high in the atmosphere will couple down to sensible impacts on our weather. There is also typically a lag time involved. Warming of the stratosphere though can dislodge cold air out of the arctic southward into the mid-latitudes and in winter that could lead to some real frigid conditions, potentially. At the moment, on its own, it’s too early for it to do much but less to a cool down in a few weeks. If this becomes a trend - which some have noted it could as some modeling suggests a weaker PV than normal heading toward winter - then it could certainly lend itself toward a colder/snowier than average start. Lot of time remains and a lot of other variables at play.

@amugs wrote:Great post write preliminary of course by a pro met -= simple and easy read but yet informative

Does the white for the Hudson Valley mean status quo, no change, or does it mean no available data

@dkodgis wrote:Does the white for the Hudson Valley mean status quo, no change, or does it mean no available data

A little early to be sharing the #polarvortex (PV) animation but this morning's GFS predicting an impressive looking PV disruption, especially for so early in the season. To me could potentially favor colder temperatures for northern Eurasia. pic.twitter.com/WpSPPqmsxO

IF true teh what a reversal at this level of these winds which have an effect on the polar vortex. Good timing for winter overall again if it come sto fruition - GFS the purple line is what I am referring to.
From Simon Lee a major PV guru 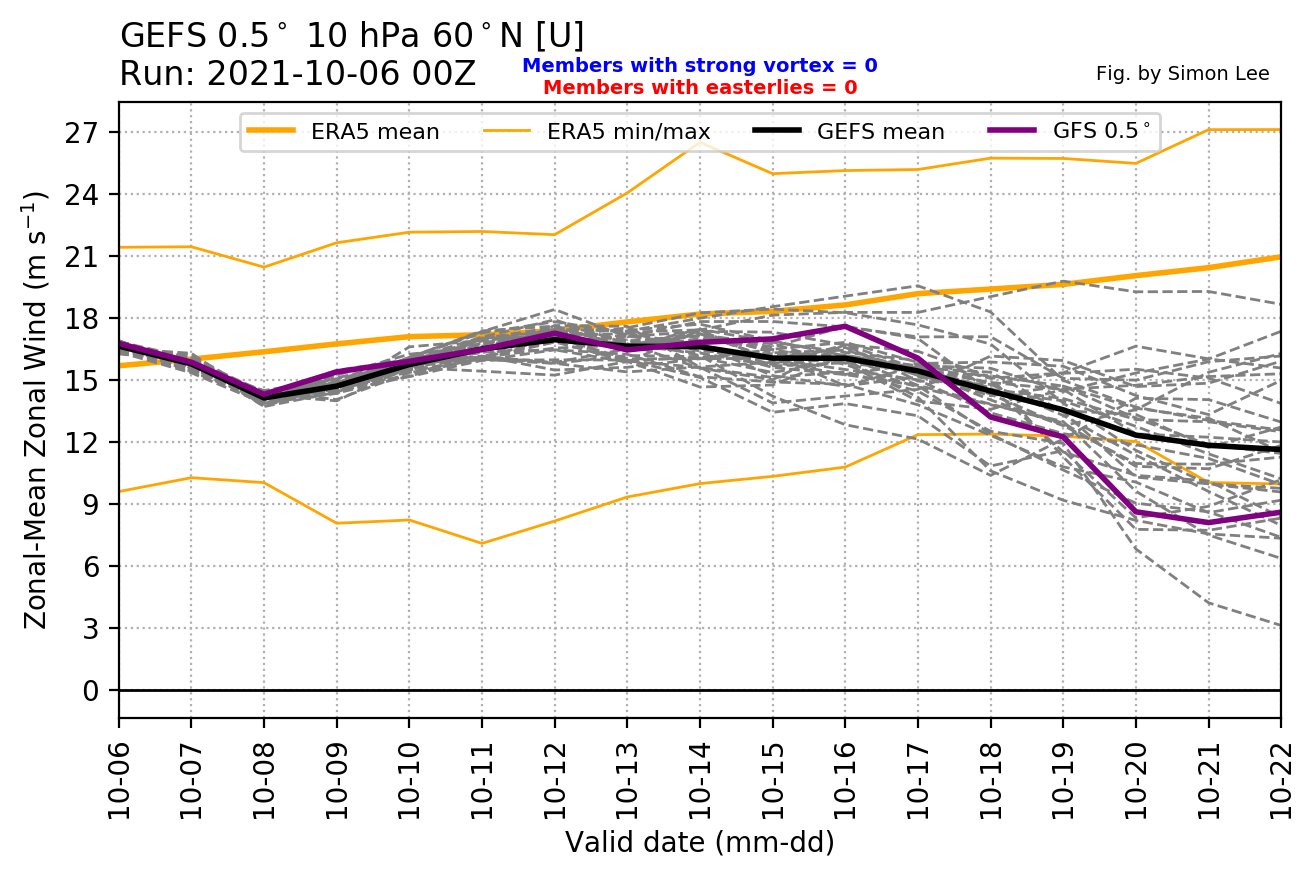 @amugs wrote:IF true teh what a reversal at this level of these winds which have an effect on the polar vortex. Good timing for winter overall again if it come sto fruition - GFS the purple line is what I am referring to.
From Simon Lee a major PV guru

Still in positive territory though.

I don't see any SSWE but a decent disruption event that will at least keep the SPV in a fragile state heading into meteorological winter. It may also mean colder than normal temps very late OCT/early NOV

Frank the point is we are seeing a decent in these winds which just as what happened in the Southern Hemisphere for winter with their PV.
i personally feel it will be a big player this winter due to record low solar the past 2.5 years - there is always a lag effect to a degree with this as has been noted, researched over time. 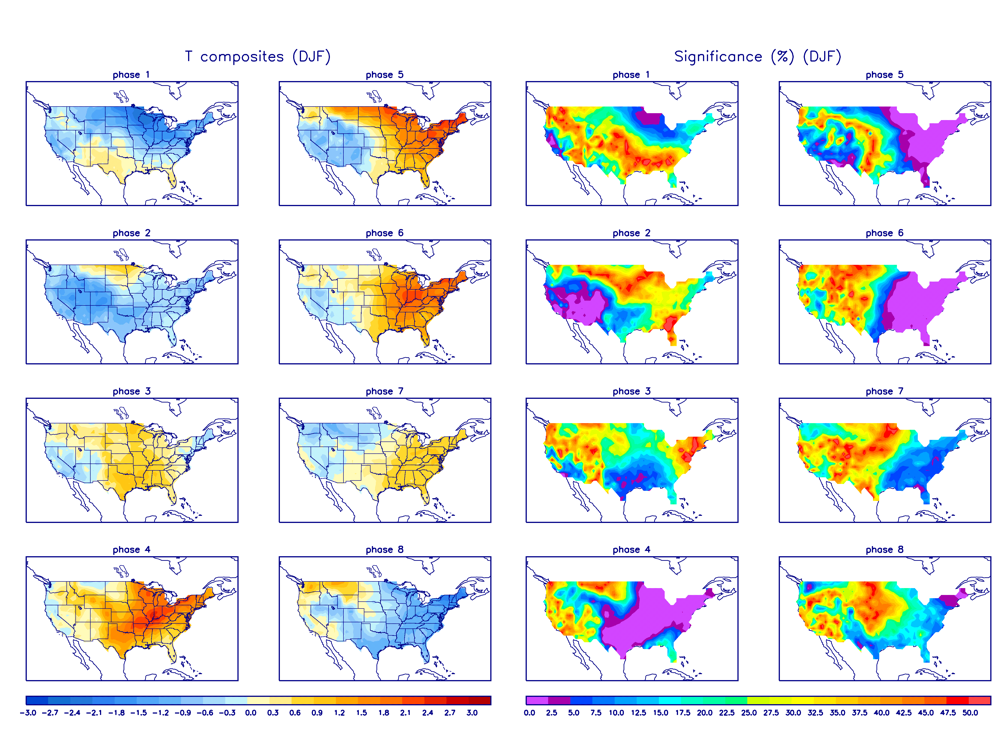 Nov may get interesting but what does that mean for Dec and Jan? Recovery of the PV usually but can we just weaken it, knock it around a bunch and keep it this way for a duration of time this winter?? Remains to be seen. 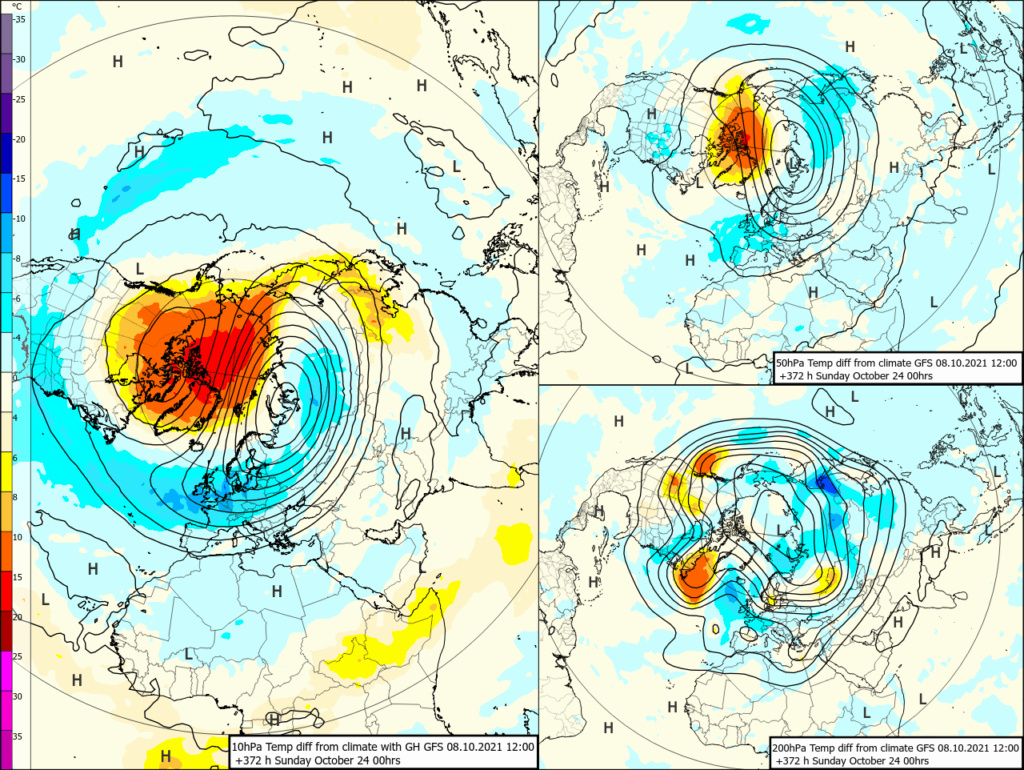 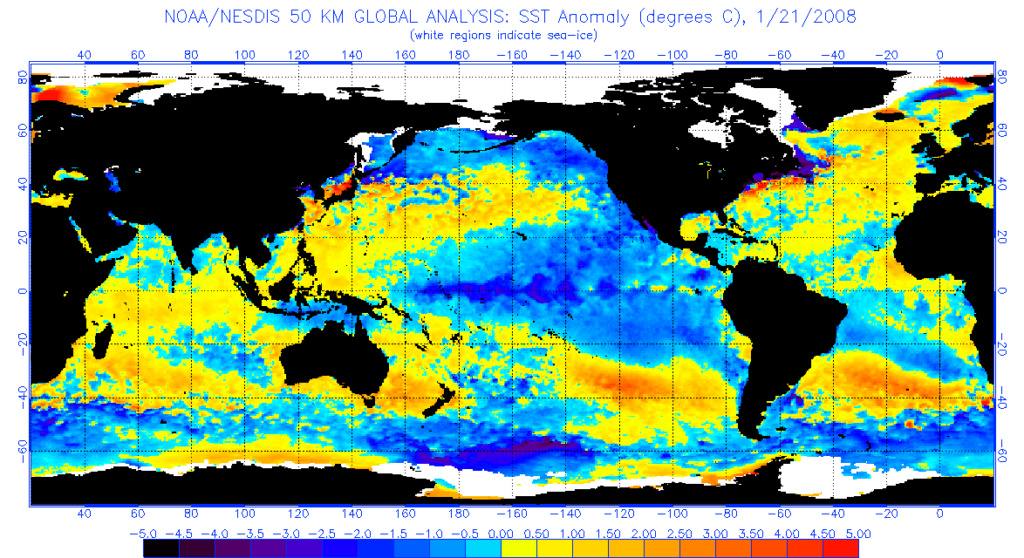