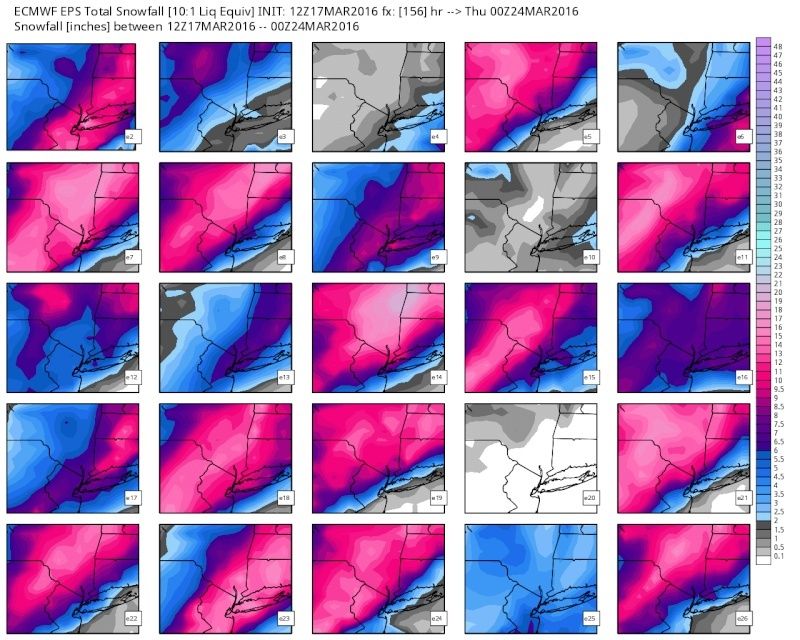 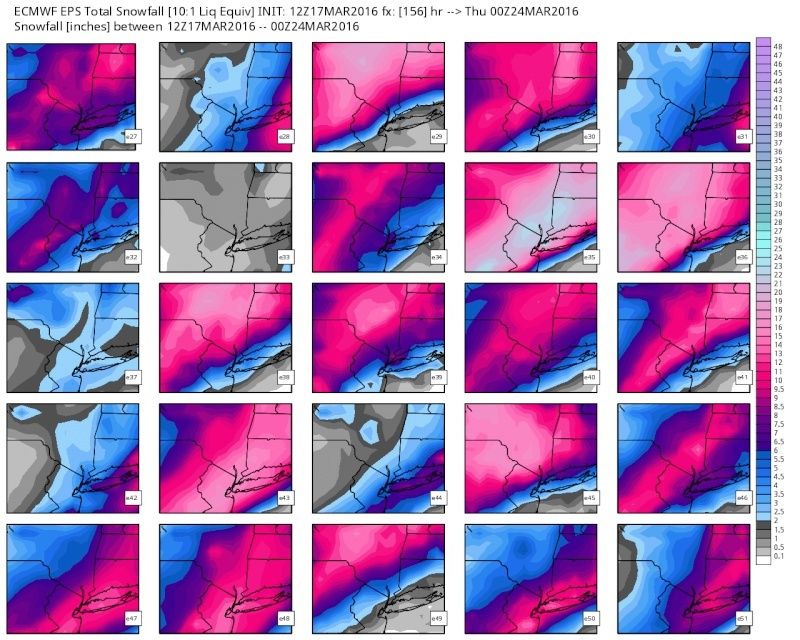 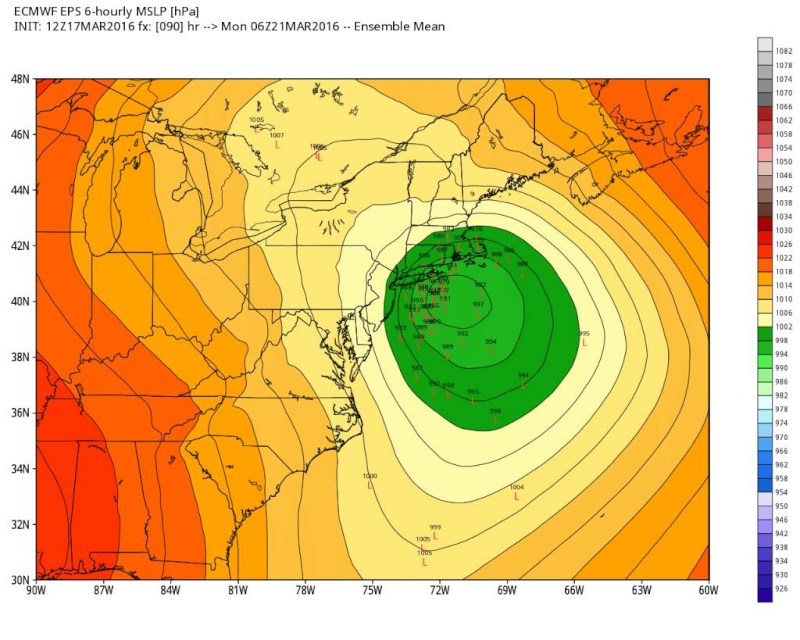 Lee Goldberg is saying 3-6 inches preliminary. He thinks that 6+ is very much on the table.

@nutleyblizzard wrote:Lee Goldberg is saying 3-6 inches preliminary. He thinks that 6+ is very much on the table.

He usually goes by a similar thinking to Bernie; WABC's weather is essentially via Accuweather (maps, etc.)

Yeah...not liking those ENS much for NYC proper.

@skinsfan1177 wrote:I'm not sure I here many saying that coastal areas will see their share to. Maybe more souther nj has issues especially if most of it falls at night

Just going by a lot of the ensebles of euro showing little for the coast, but then some show big snow, one even shows close to 18-24.

@skinsfan1177 wrote:I'm not sure I here many saying that coastal areas will see their share to. Maybe more souther nj has issues especially if most of it falls at night

Just going by a lot of the ensebles of euro showing little for the coast, but then some show big snow, one even shows close to 18-24.

SO we have the euro showing and leading teh way with the UKIE, CMC, NAVGEM, NOGAPS, SREFS all showing similar solutions and we have the GFS/NAM bringing up the rear. Oh and ride the euro on Southern Vorts Miller A type storms from what I have learned and read over teh years.

Guidance continues to make improvements aloft and trend towards the ukie/ggem/euro with the strong coastal noreaster idea sunday afternoon and overnight. watch the poop hit the proverbial fan in the next 24 hours.

We have a nice 50/50 low underneath the EAST based NAO block, PNA Ridge/Spike in west, Northern Vort still lagging behind the Southern Vort by a few hours if I am seeing this correctly. IF we can get those two to catch up sooner than HOT DIGGIDY!! Also, I am seeing a little piece of energy in NWestern Mexico that if it weakens or dissipates than I feel will allow this souther vort to really get going. Anyway, we are in for a good ride here peeps. Winter Warlock saying SPRING?? HAHAHAHAHA NOT SO FAST!!

Back for quickie as we wait for teh mrs: 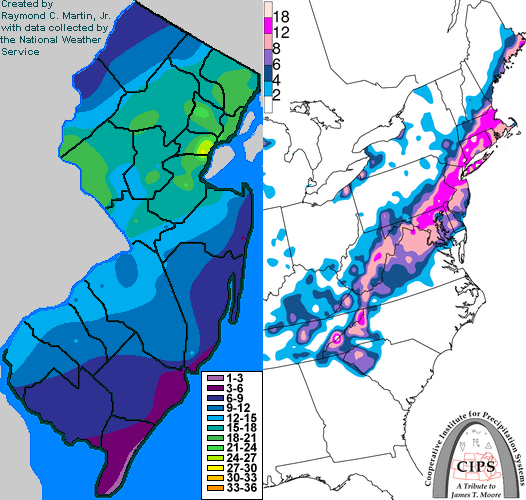 I know that I've been largely absent from the discussions, but I have been lurking and keeping up with them; I just honestly have not had the time to really post anything of substance, as is the case now. However, my quick and dirty thoughts (taken from my FB convo with a fellow met:

Can't talk long but this just doesn't scream "big east coast storm" storm to me
Yes, the large drivers are there; NAO/PNA/EPO
but the pseudo-Rex Block morphing into a major east coast storm????
Idk, I've been wrong plenty of times before, but to me this looks like a pattern that supports a non-phased, which btw is the solution we are seeing (un-phased), OTS track, albeit a near miss. In a nutshell; I don't know if the pseudo block can elongate its wavelength fast enough in order to allow the confluence ahead of the trailing energies to escape for sufficient ridging ahead of the surface low to steer northward.

Just my thoughts. Have not had much time to really analyze, but clearly I'm in the vast minority of guidance. We shall see how this ultimately plays out, but I'm thinking a jog east wouldn't be out of the question. Have to go for now, will still be lurking and maybe post some tomorrow and Saturday. Cheers and happy model watching!!!

Wow that would b awesome. The analog I mean not rb post. lol

Well rb ruined the party mugs. Lol but thanks for your insight. Your a met so I respect t your insight thpugh not to happy with ur idea of ots or near miss. 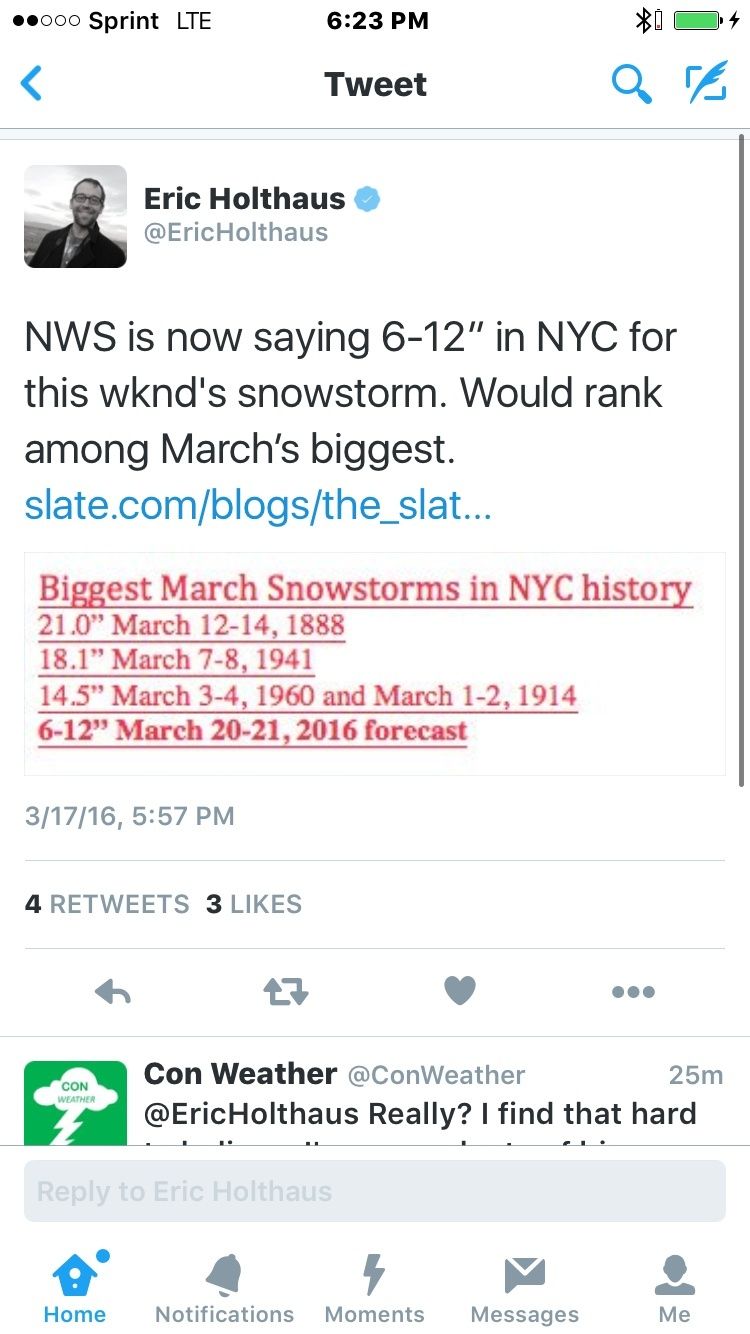