GFS Ensembles are also much more amplified than 18z

As the forum starts to get excited about a storm 6-7 days out, rb brings us back to Earth. I hope there will be at least some snow for us all to end the month....

That's great news, hopefully, keeps up through tomorrow. Do you have images? This storm is really 84-96 hours out, correct?

It is 4 days out, no idea where you guys are getting 5/6/7 days. Like Frank said flakes could Fly sunday afternoon so by Sat its already thursday we should know close to what will happen.

my gosh the CMC literally snows from around 7pm sunday to 7am wed with the heaviest in between, crazy. Irish go look at tropical tidbits CMC, not posting the map but we both get pummeled on that run. Queens and rest western LI see i guess a stationary band....just go put it like that haha

That's great news, hopefully, keeps up through tomorrow.  Do you have images?  This storm is really 84-96 hours out, correct?

At this point, still a fantasy map perhaps, but is Oh Canada starting to show some consistency?


This is a HUGE hit for the whole area, but if you notice it is also VERY consistent with the 12z this afternoon in that the core axis of snowfall is along the coast. 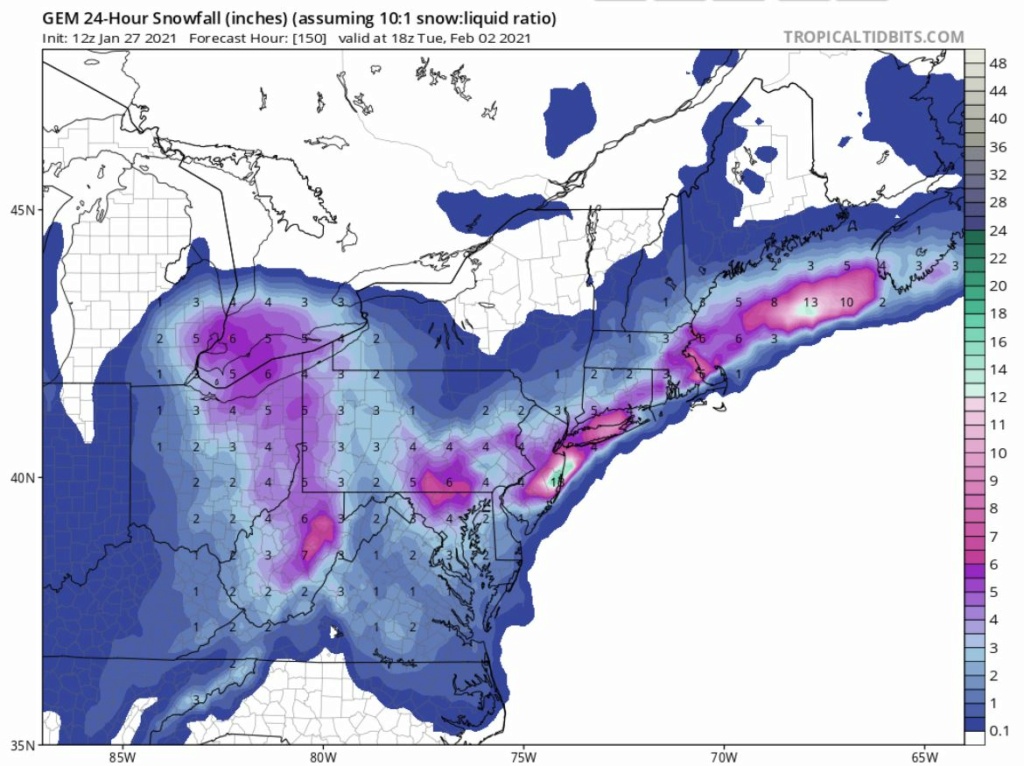 Cautious optimism continues...though my gut is telling me we have a tucked solution coming in. We shall see...

SENJ. I can see snow on the front end Sunday late day/evening. My concern is the rising temp overnight Sunday into Monday especially along the NJ Coast which will turn to a good soaking rain. More inland members north and west should be able to hold colder temps for most of the storm. 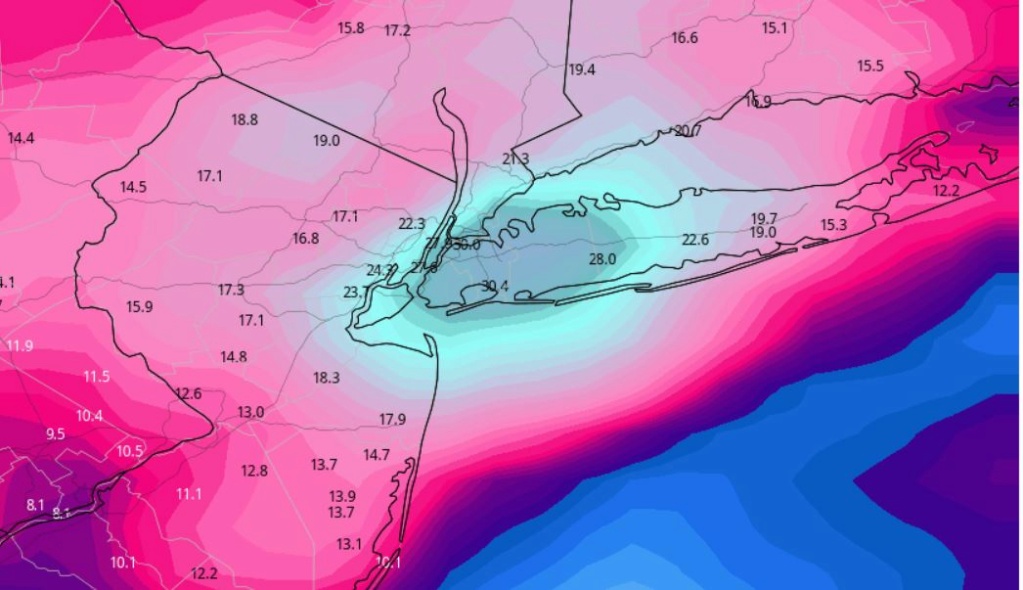 larryrock72 wrote:SENJ. I can see snow on the front end Sunday late day/evening. My concern is the rising temp overnight Sunday into Monday especially along the NJ Coast which will turn to a good soaking rain. More inland members north and west should be able to hold colder temps for most of the storm.

As I understand it, the rising temps along the coast in this case are going to be solely the result of a tucked storm track. Which history says is the far more likely result unfortunately. But the way these models are consistently keeping us in the game for big totals at this point, we MIGHT have a shot here. I mean, truthfully, every 12z and 00z run is kinda crucial for us at this point. Keep us one wobble away from a heavy snow axis until just before game time and then now track...

But first, I gotta wait patiently for the 12z runs and see what happens. Of course, we're also hitting prime windshield wiper effect territory too, so even changes are ok...until they become a trend. Wow...so much fun today! Time to get a little sleep so I can get my coffee ready for heehaw and the rest of the morning crew update!!

larryrock72 wrote:SENJ. I can see snow on the front end Sunday late day/evening. My concern is the rising temp overnight Sunday into Monday especially along the NJ Coast which will turn to a good soaking rain. More inland members north and west should be able to hold colder temps for most of the storm.

Also, I agree 100%...this is very likely a classic front end thump, change to rain, back end thump scenario for the Shore. I'm not super concerned about the change to rain part right now. I'm concerned for sure, just not super concerned. Honestly, I'll smell the rain all day long and even take some of it on the chin if that clears way for some heavier snow after that. But as far as I can see, our worst case scenario as of now should include at least a decent front or back end thump, which is a 1000x better than any prospect we've had since March 2018.

rb, as a local, what are your prospects for a Coastal Ocean/Lower Monmouth imby result at this point? (based on what you see now...and of course also duly noting the fact that you have had insufficient free time available to conduct, much less write up, a sufficient analysis!

the canadian was incredible tonight....with a phase of the northern stream....incredible runs

Ok, folks. Videos have been cut, and one is in the process of uploading. I decided to do them in two parts; the first covers why I thought the previous system would come further north and lead to a warmer, sloppy mix with little snow for us, but give central New England more. I know there were some questions on that, and I wanted to address them. I also wanted to address a couple of other quick details in there, so I took the opportunity to do so. If you’re curious about the previous event and what I had to say, feel free to listen. If not, no worries. Just keep in mind that I discuss a lot of the same maps and concepts in detail in that first video that I reference again in the second. So if you find you’re confused about things I say in the second and you didn’t watch the first, you might have missed the explanation.

The second video is all about the upcoming storm, but uses a lot of the same ideas described in the first. In short, I think the models are overplaying the role of the blocking/confluence in southeastern Canada/northern New England, and will adjust to have less influence  and be more meridionally (north-south, or at least northwest-southeast oriented) in future runs. As a result, that will create more space to allow our system of interest to get further northeast, likely to near the latitude of the NY/PA border, or even slightly northeast of there, before being forced east or slightly south of east beneath the block. Additionally, I think the eastward-displaced ridge that continues to move eastward through the western U.S. will force a redevelopment further east overall, and with a further north track to start, a further north redevelopment as well. This will, therefore, allow warmer air to surge northward and turn most of us, if not all of us over to a mix/rain, and keep the best snow totals over central and northern New England. That said, I think a general 2-5/3-6/4-7 is probable for those north of 195 in NJ and west of the Garden State Parkway before the change.

As usual, I hope you all enjoy the videos, and if you have any questions, please feel free to ask!! Lastly, I want to apologize for the quality - it’s late, and I didn’t want to spend hours trying to make it perfect like I normally try to do. Also, I was definitely rushed because I had a lot to say between the two videos haha anyway, I hope you all enjoy them, and that they make sense! Thanks for watching!!

Quite honestly, I see this being very similar to the December storm in terms of the geographic snowfall distributions and overall evolution.

Also, each video is about 20 minutes. I did a better job this time of keeping them a little shorter than the last one lol I’ll post the links in the morning......or, later in the morning when I get up lol 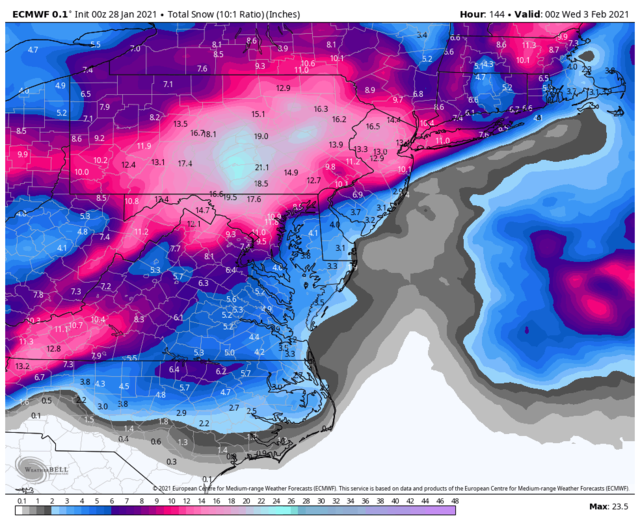 Absolutely massive hits. Thermal profiles will be a concern along and SE of the 95 if this amps up. However, staying on the good side of the thermals can render the goods in a big way.

I’m confused about what you say about the first storm and the heaviest snows hitting central New England? The heaviest snows from the Dec 16-17 storm were in Central New York State from Binghamton to Albany. That whole area received from 24-44 inches of snow.

Can I take my 14" now and be done with this angst. LOL

CPcantmeasuresnow wrote:I’m confused about what you say about the first storm and the heaviest snows hitting central New England? The heaviest snows from the Dec 16-17 storm were in Central New York State from Binghamton to Albany. That whole area received from 24-44 inches of snow.

Good morning and hello to everyone. It’s been about 5 years since we got a classic these are the perfect setups but they come with heart breaks a lot.this can easily be a storm for the books for both reasons it comes together just right and most be over happy or a phase more east and just some lighter snows this is what the board was made for the tracking gotta love it and yes I been following since accuchat just never signed up

rb924119 wrote:Also, each video is about 20 minutes. I did a better job this time of keeping them a little shorter than the last one lol I’ll post the links in the morning......or, later in the morning when I get up lol

Where would I find your videos?

That's both ominous and vague. Would you care to elaborate?

You cannot have the mid level lows get too much higher w/out big issues with thermals. This is far from known right now exactly where transfer is occurring. But i totally get where RB is coming from. 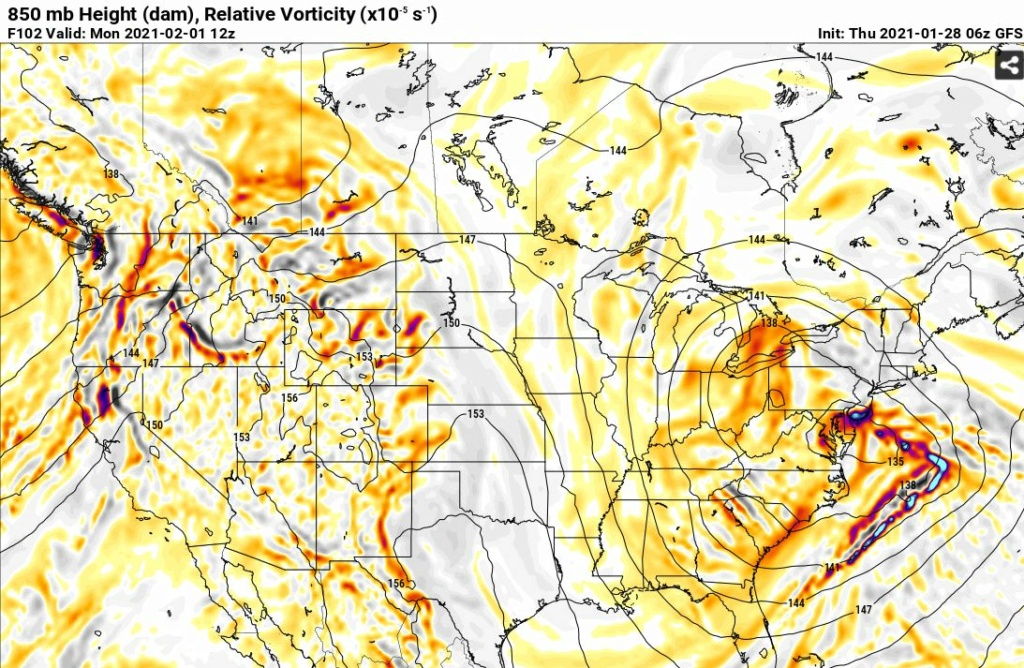 Another thing this has going for it is a H to the north in a good spot.  Do not underestimate that in this setup. 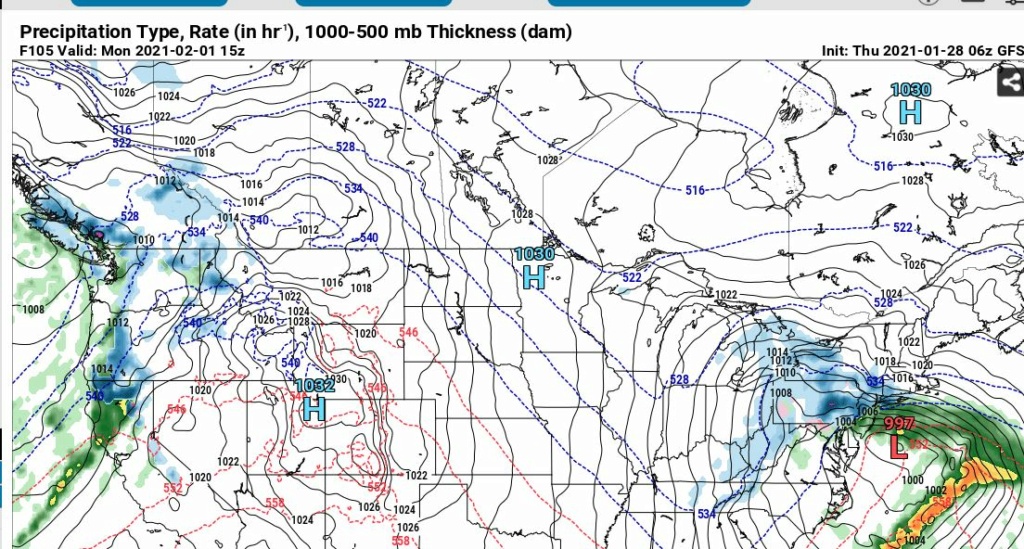 TheAresian wrote:That's both ominous and vague. Would you care to elaborate?

500mb low tracks from the west looking good but is starting to show it halt and begin tracking west of us.  Tucks the sLP track closer to the coast and Brings in the warm air and changes over coastal plain into the lower Hv. I had mentioned earlier about how these systems end up undermodeled in the md range and as we start to get in right the true strength of the system is show. With the blocking relaxing a little is there enough resistance in the atmosphere to keep this oversimplified system from continuing to trend tighter into the coast?

From a big picture stand point We are currently in a moderately amplified MJo phase that favors a warm push in the east combined with the La Niña influences which looking at the SOI indexes indicates similar. So again the the northern resistance relaxing does it relax too much so that the other atmospheric factors take over.  Let me be clear  I’m not talking about an all out cutter here and warm surge with rain to all but the coastal plain and even into the LHV need to worry about how much change over is seen on Monday.